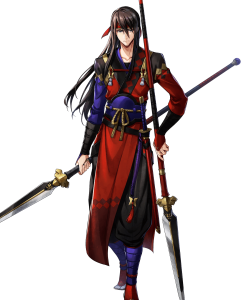 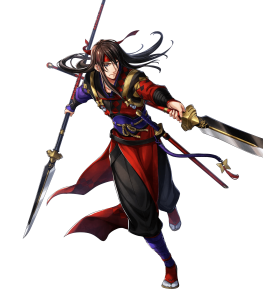 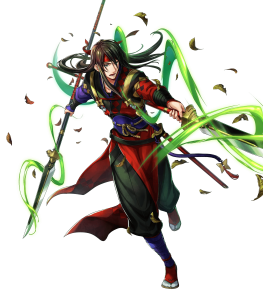 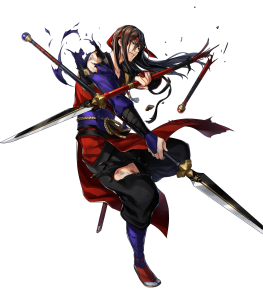 Passive A: Flashing Blade 4 / Swift Sparrow 3 / Most other Atk/Spd-based A slot skills

Ninja Navarre is in the elite leagues with fellow top tier lance infantry units Brave and Legendary Dimitri and Duo Ephraim for highest Attack, while sporting the highest Speed stat among all heroes (at this time of writing). Both stats also benefit even more richly from super Asset values. Expect splendid offensive performance from Navarre within reason.

Navarre's status as both a lance and infantry user yields a neat variety of skills to use. In addition to Navarre's native Ninja Yari, Flashing Blade 4, and Lull Spd/Def, he can opt for additions or alternatives including Spurn, Close Call, It's Curtains…, Time's Pulse, and more.

Navarre isn't exactly frail, but his base HP, Defense, and Resistance aren't exactly inspiring much in the way of bulk either. Navarre is pretty much carried by his Speed in terms of avoiding follow-ups and utilizing damage reduction skills well for tanking purposes.

Navarre doesn't exactly need a unique weapon to make himself stand out, but being compared with the likes of Legendary Dimitri (whose Areadbhar is already quite mind-numbing) amongst an increasing number of relevant lance heroes with PRFs might be a tough show to sit through.