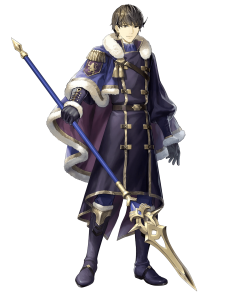 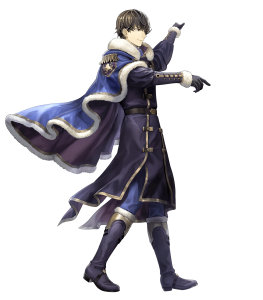 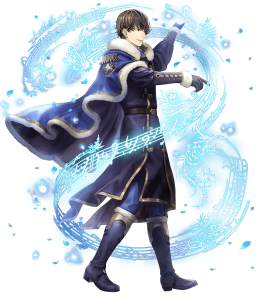 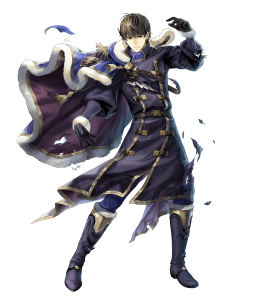 Passive A: Steady Breath / Steady Stance (3 or 4) / Most Defense-based Bonds and Stances

Passive B: Wings of Mercy / Swordbreaker / Quick Riposte (2 or 3)

Fire Emblem Heroes has given Berkut a chance to further expand on the fancy ballroom skills he oh-so-graciously displayed to us peasants playing Shadows of Valentia, and he does so with surprisingly fiery and competitive gusto. Out of the box, Soiree Berkut's Assist skill, Dance, is his pièce de résistance; its effect of granting other teammates additional actions is already worth renown and makes the Debonaire Noble a solid pick as a unit over others. While it goes without saying that other refresher units exist and can potentially provide the same level of support that Berkut does, this blatantly ignores Berkut's value as an astonishingly competent and powerful combat unit.

To start, Berkut jives in with an increased base stat total of 161 compared to refresher units released prior to his banner. This is already remarkable by itself, but the fact that Berkut's stat distribution is so optimally distributed as it is deserves a few shocked glances. With physical stats of 36 Attack and 37 Defense, Berkut is certainly not asking for much more, outside of a few more points in his modest but otherwise workable base 41 HP.  His Resistance sits at a much more humble base 24, which can be somewhat of a sore spot in matchups against magically-inclined foes. However, dedicated investment in Resistance is both possible and practical thanks to a superasset in this stat, as well as Berkut's ability to run to Resistance-specialized weapons and skills. While Berkut's Speed suffers as a result of this stat distribution, this is arguably not a weakness since it simply affirms his role as a traditional enemy phase tank. This is not to say that Berkut can't do his fair share of the Player Phase Tango; his high Attack also lends itself to weapons and skills such as Brave Lance, Mirror Stance, Sturdy Impact, and more.

Berkut's other claim to dancing with the stars is the privileges that come with his infantry status. Not only does our Rigelian prince benefit from standard and flexible movement—beaten only by his rival flying dancers—but he also can run a number of infantry-locked skills with unerring confidence thanks to his flexible stats. Built standardly, Berkut can replicate the performance of Steady Breath Lukas, while other builds can have him defy his magical enemies and enemy phase-only status with skills such as Null C-Disrupt, Warding Breath, Special Spiral, and Time's Pulse.

Perhaps the best part about all of Berkut's combat perks, mainly his more-than-competent statline and access to great skills, as that he does this all with a Dance and a reluctant smile. While Berkut may stumble on a few obvious difficulties, including vulnerability to strong green threats and reliance on artificial follow-ups, he makes up for this and more by continuing to impress more than a smile to Rinea's visage.

The ability to grant another action to other teammates—basically making them twice as effective—already puts Berkut way ahead of the competition. Regardless of the presence (or lack thereof) of targets that Berkut himself can combat, Dance always makes him a constructive team member.

For a dancer, Berkut does not suffer from the limitations of those that came before him at all. A base stat total of 161, along with an optimized stat distribution all-around especially on the physical side, leaves Berkut rarely asking for more. Though 24 base Resistance is a bit of a crack in an otherwise solid tank, it can be easily fortified through a variety of methods, including Eir's Light blessing effect and skills/weapons dealing with Resistance such as Berkut's Lance and Atk/Res Bond.

Besides Berkut's base unique weapon Verðandi, which provides a nice bonus of 4 all-around and is ideal for general support and teammates utilizing Bladetomes, his statline allows for the usage of many alternative lances with great effects and refinability options. Slaying Lance, Vanguard, Casa Blanca, and ye olde but reliable Berkut's Lance are a few of many notables.

Berkut's infantry status gives him the privilege of running several helpful type-locked skills, including Steady Breath, Infantry Pulse, Infantry Rush, Time's Pulse, and much more depending on the build.

Berkut's Speed technically isn't an actual weakness as it merely encourages his role, and his other stats are more than ready to pick up the slack. Although, it may still get him in peril on occasion against particularly strong magic foes that naturally double him, including Nino and Sothis.

At a base of 24, Berkut's inherently average Resistance is a crack in his otherwise superb defenses. If left uninvested (which is typically the case on builds that overspecialize in physical Defense), it typically exposes him to strong magical assaults.

Soiree Berkut is seasonally available once a year for the foreseeable future. Thankfully, this setback doesn't hit him as hard as others in his position: he does not share colors with the other focus units in A Splendid Soiree, and has more than enough individual value to be worth waiting for.