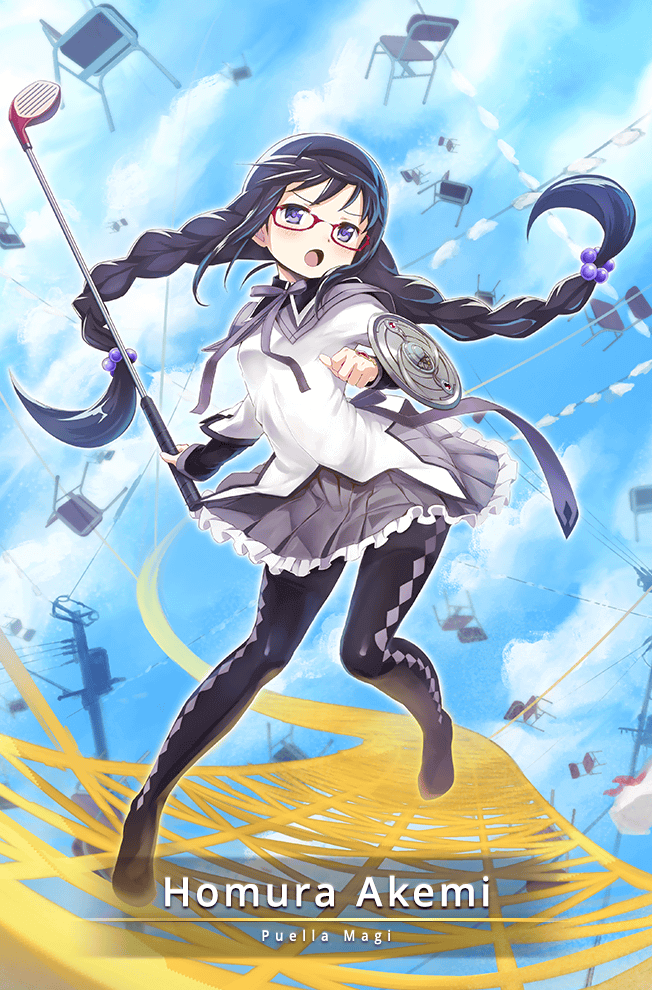 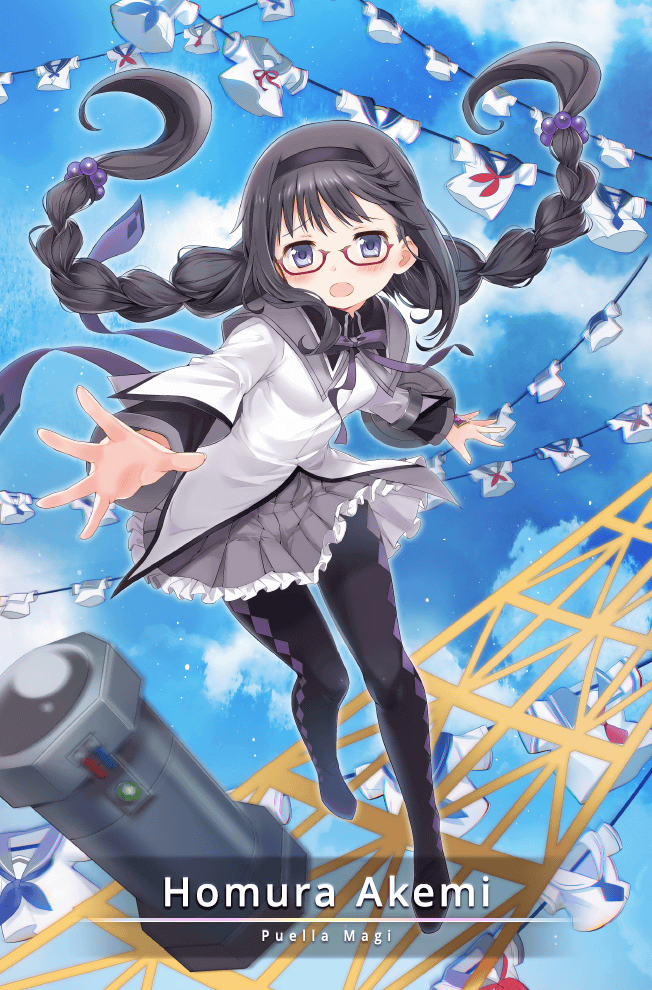 A timid Magical Girl who wished to protect Madoka. She turns back time repeatedly in an attempt to prevent Madoka from becoming a Witch. Now she searches for a new hope in Kamihama City. 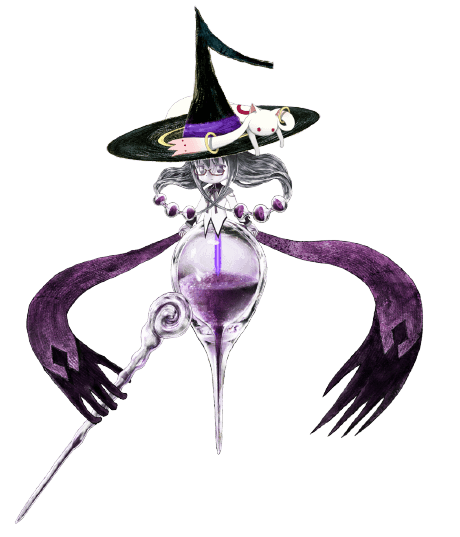 Damage ALL Enemies
Doppel: Deals 924% damage to all enemies.
Skill Surge ALL
Reduce active memorias cooldown by an additional 1 each turn for all allies (3 turns).
MP Restore ALL
Restore 16.5% MP for all allies.
Draft & Supervision: Idea/Supervision: Gekidan InuCurry (Doroinu)
Doppel Detail (May Contain Spoiler)
The master of this emotion loops through time in an endless cycle of trial-and-error. Master and Doppel fuse together, her skin becomes glass, and her expression freezes into that of a doll. She launches volley after volley of attacks that only end when her target falls silent. In this way she is more like a Witch than other Magical Girls. Not only can she can manipulate the sands of time, but she can pluck information of low importance from the alien lifeforms on her hat and create anything around the level of an earthly weapon by solidifying the sand.

I Want to Be Able to Protect Her 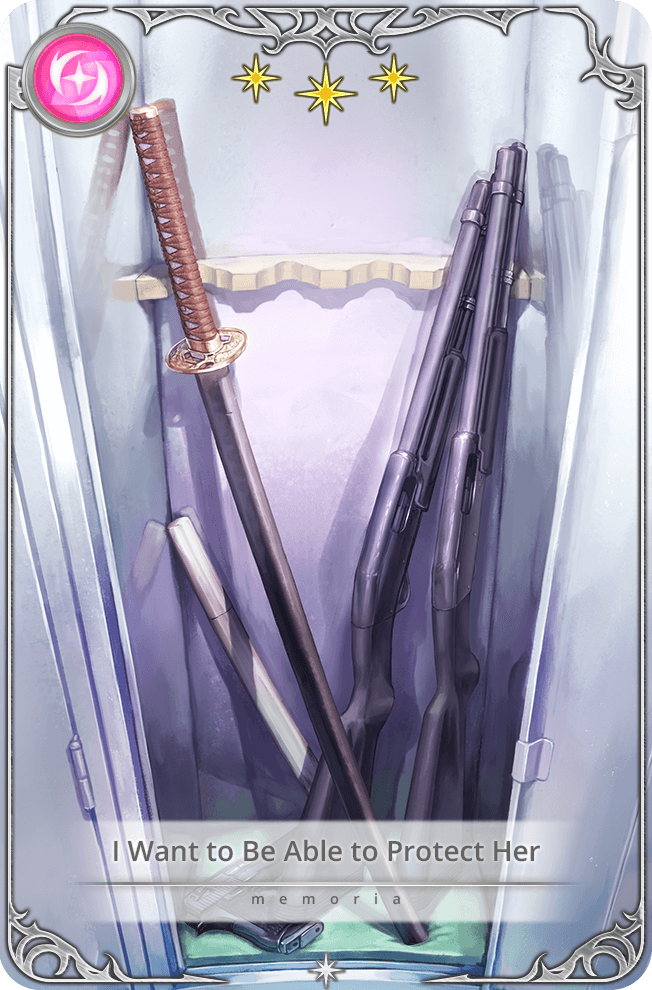 Second highest HP at launch which allows her to live through most attacks. Her connect also grants evasion which will enable a critically weak team member to survive through any attack (excluding Magia).  Her Magia damages all targets and reduces the cooldown rate of Memorias by 1 for three turns. When she gets uncapped, Homura will also increase the amount of Magia Damage dealt.

Low attack and defensive stats means she won't be able to contribute much in terms of damage or in terms of sponging up damage for others. She also won't be uncapped for some time, so you'll be stuck with a weak 4 star unit that can't go to 5 stars just yet.

High HP and the only natural 4 star that is granted to every player. Her dark element is useful against stronger Light type units. Her connect grants guaranteed Evasion which will enable other team members to survive any onslaught.

Weak Stats and Magia is pointless

Despite having high HP, her attack and defensive stats are low which render her weak for Mirrors. Her Magia grants memoria cooldown, but Magia attacks are hard to deal in Mirrors and by the time you're able to pull it off, the cooldown rate on your Memorias will already have expired, which makes her Magia too late to be of much good.

The Struggle Against Fate

The Power to Protect Who You Love
In-Game Sprite 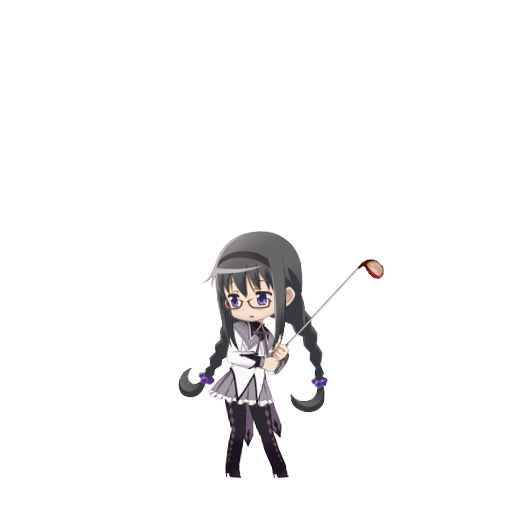 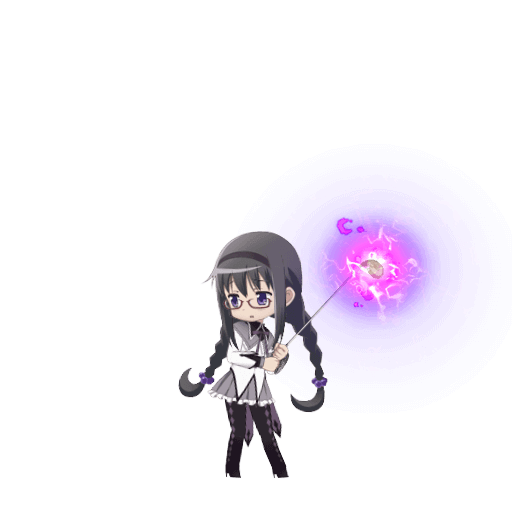 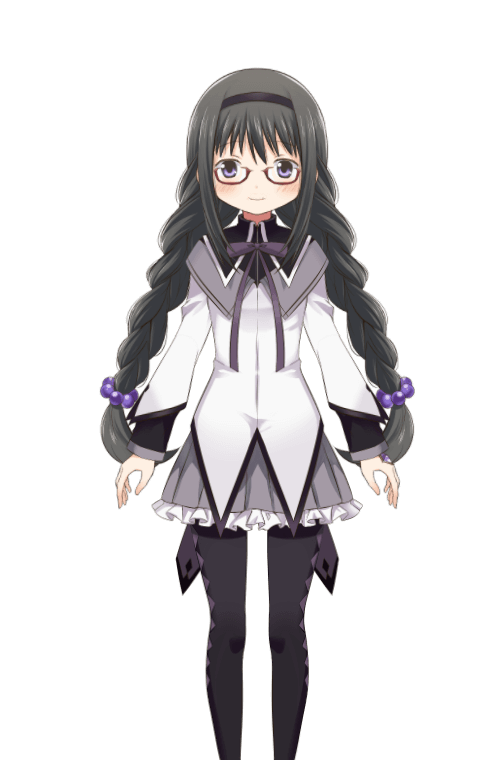 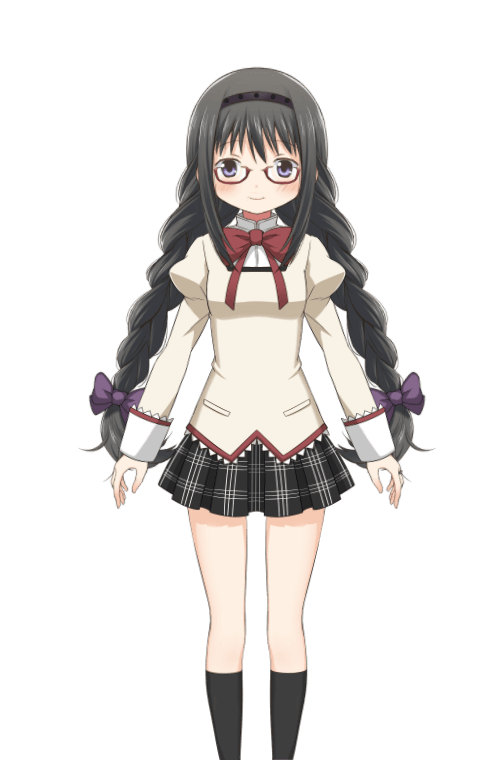 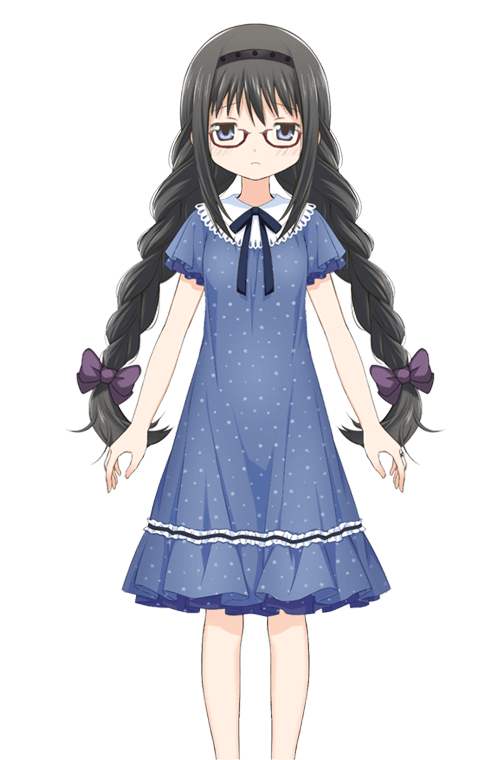 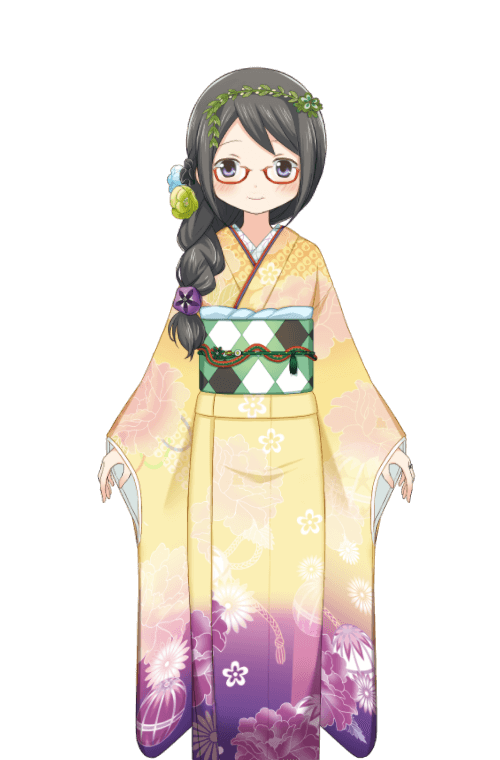 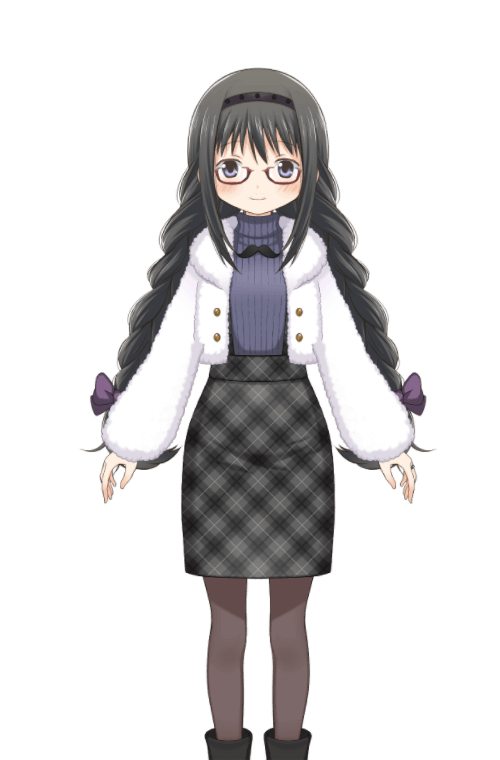 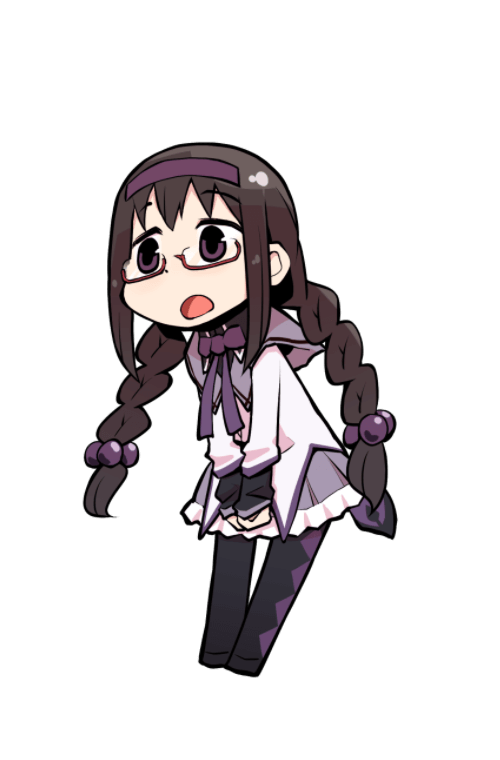 The quiet and meek Homura from Episode 10, still using the golf club she first wielded as a weapon alongside her homemade bombs.

Judging from what she knows, this Homura Akemi has gone through a few time loops and is aware of the secret of magical girls becoming witches.

She came to Kamihama to investigate the possible salvation of magical girls after receiving a message from a mysterious magical girl that spoke to her while she had stopped time.

After arriving in the city, she came across Natuski Utsuho who was watching her practice her marksmanship. She gave her some advice and cheered her on, becoming one of the few friends Homura has made outside of the quintet.

Read more of Moemura on the Puella Magi Wiki.