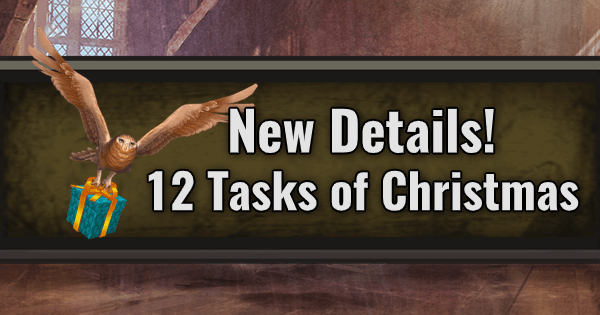 While an official announcement has not yet been made, a few more details about the upcoming 12 Tasks of Christmas event are now available.

The original announcement for December's events only gave a brief teaser of the event:

Join in the holiday revelry by completing 12 Tasks of Christmas and exchanging special holiday Gifts with friends.

A new set of assets, including a "coming soon" banner in players' Special Assignments tab, however, has seemingly confirmed a few more details. 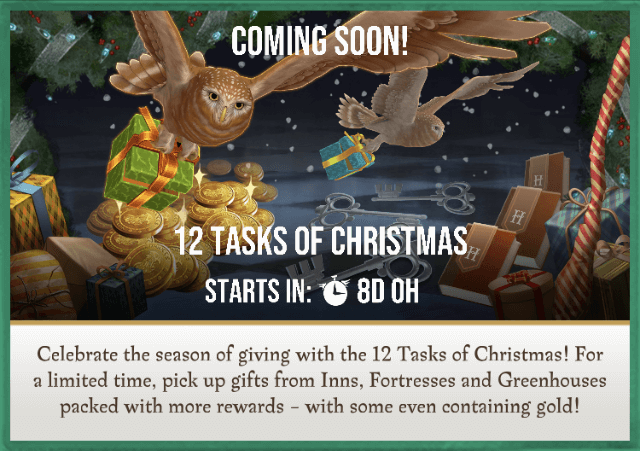 According to this banner, the event is scheduled to start on 11:00 PST / 19:00 UTC on Friday, December 21st. An end time has not yet been confirmed.

This is earlier than initially speculated by players, given that the "Twelve Days of Christmas" traditionally refers to the period between Christmas (Dec 25th) and Epiphany (Jan 6th) in the Western Christian religious calendar.

It's worth noting, however, that this event will start during Part Two of the Christmas Calamity Brilliant Event. Given the name of the event, this means players may have two sets of Special Assignments to work on once this event starts.

If that sounds like a lot of tasks to juggle, you may want to focus on completing the Christmas Calamity tasks earlier. However, we expect the 12 Tasks of Christmas to be a much lighter task list, much like the Harrowing Halloween event, given the overlap with Christmas, Hanukkah, and other holidays.

The in-game banner also confirms a few additional details about the event:

We will continue to update you as more information about the event is available, hopefully in the coming days.