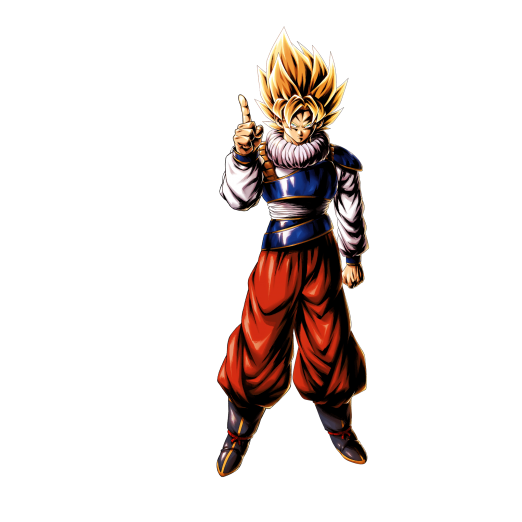 While not being a first Goku variant that is both a Super Saiyan and a Red Fighter, he comes back into the fray better than ever after picking up a new trick from his friends on planet Yardrat. The Instant Transmission Extra Move is a unique and interactive mechanic, making him harder and riskier to play as, yet a rewarding Fighter when used right.

A Little Lesson In Trickery

His Extra Move Arts Card is essentially an additional Vanish, which can save him in a pinch when Vanish Gauge is depleted. This can easily surprise an unsuspecting opponent and potentially mess with their timings and gameplan. While it has a drawback of not being able to switch to an Ally for a short duration, it only matters when getting caught by Enemy right away after using his Extra Move.

Either when first entering the playing field, having low Ki after a Combo, or using a Special Move Arts Card, SP Yardrat SSJ Goku RED has multiple ways to Buff his Ki Recovery. This makes it much easier to top off Ki with a quick charge up, and is especially helpful when using techniques such as Side-Step to squeeze more Arts Cards in during a Combo.

While he reaps great benefits when switched into -- the 60% damage reduction being a highlight -- this can only happen once per Match, meaning that from second switch in onwards, he’s limited to only one Unique Ability for the rest of the Match. This makes sending him out for the first time a more strategic and risky decision, because it can be countered by Enemy quickly switching to a Blue Fighter, putting this Goku in a tough situation, and potentially wasting his prime time.

While a total of 50% Damage Inflicted Buff is nothing to scoff at, the time it requires to get to that point is rather long, thus his Damage potential being rather unreliable. This is especially a hindrance when being switched into during his Team’s Combo, since he doesn’t get any Damage Buffs whatsoever until being out for at least 3 timer counts.

This Goku was clearly made to work in a Super Saiyan Team - his Z Ability buffs this Tag Blast Defense, and his Damage output will greatly benefit from Buffs provided by SP SSJ Bardock BLU. Additionally, being a Red Fighter makes him a great Teammate for SP Super Vegito PUR, since he can protect him from Enemy’s Yellow Fighters.

While his Z Ability also Buffs Legends Road Tag, this Team is still rather mediocre at best and missing last member for a full roster with proper synergy.

Anyone who Draws a Special Move Arts Card like him should look to Boost it’s Damage, luckily this Equip comes with some other great stats as well.

This gives him more Special Move Damage, but what’s interesting is the Vanish Gauge Restore Speed considering SP SSJ Yardrat Goku’s Extra Move can be used to evade Enemy Attacks and only reduces his Vanish Gauge by 50%. This means he can fully restore his Vanish Gauge in many scenarios after using an Extra Move.

The last slot ultimately depends on what the Player is looking for. This Boosts both Attack stats, What?! gives Special Move Damage and Vanishing Gauge Restore Speed, Munch! Munch! Hell is for Strike builds and Becoming Super Saiyan! is best for Blast oriented builds.

He’s an extremely versatile and crafty Fighter, but simply has a hard time finding a home in the current Meta. His Z-Ability simply doesn’t bring much to any of his potential Teams, especially considering that the Super Saiyan Team prefers as much Offense as possible.

The release of SP Android #13 BLU hurts him tremendously, as he’s a popular Blue Fighter with a Damage inflicted Unique Ability against all Goku variants.