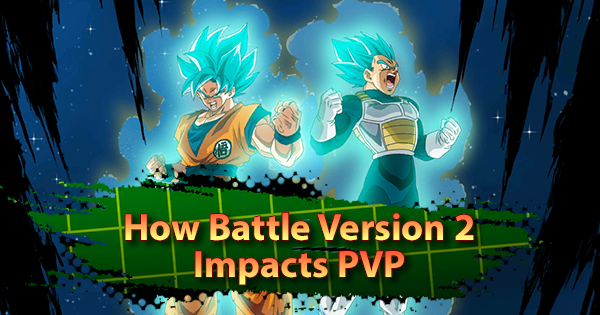 Battle Version 2 brought some significant changes to gameplay, especially regarding the PVP scene. Whether these changes were good or bad has been an active argument among the fans since Battle Version 2’s release. This article will analyze the new gameplay mechanics to determine whether or not the PVP experience has improved overall.

While the Rising Rush is still an overpowered Move with an element of unpredictability, the new changes made it noticeably less effective.

To start with, it’s no longer possible to immediately follow-up with a Combo if the Enemy vanish-dodges, so using the Rising Rush isn’t a foolproof source of Damage anymore.

Players can now switch Fighters even after the Enemy activates Rising Rush from close-range.

Strike Cards are harder to cancel, so they can’t be abused anymore to get many Dragon Balls in the early stages of a Match.

Decks are now static, meaning that it’s easier to predict the cards held by the Enemy, and thus easier to guess the Card they pick during Rising Rush. Overall, these are some great changes that make the Rising Rush less impactful.

This isn’t as impactful, but it’s a nice addition since moving backward made reacting to Enemy Moves a bit easier and Matches slower since Players would often sit back moving backward.

Blast Armor was an incredibly strong attribute, because it allowed Fighters to counter Blast Cards while simultaneously regaining their Vanish-Gauge, which was hellish considering very strong Fighters like SP Gogeta BLU and SP SSJ Broly PUR had access to it.

The presence of a static Deck not only reduces the randomness of Rising Rush, but also of a Match overall. Before this change, the Draw RNG was based on probability, which made drawing Extra or Special Moves incredibly rare at times.

Before Battle Version 2, Tap Attack was actually a good Offensive move. It was a foolproof way to finish off an Enemy since it’s also quite hard to evade. Its Damage output has been greatly nerfed, which is good since Tap Attacks don’t cost Ki.

This change made Tap Shots more effective as baits, especially against countering Extra Moves. However, this didn’t feel like as a needed change since Tap Shots don’t cost Ki, so they’re not supposed to be strong.

While this is great because it effectively nerfs the Rising Rush, canceling Strike Cards was also a good way to draw Cards. This change makes the situations when the hand is filled with Strike Cards quite disadvantageous.

The new Tackle Move can be used at mid range and consists of dashing towards the Enemy to put them in a Combo. However, it gets countered by basically any Offensive Card.

At first look it may seem useless, but it can be used as bait since Vanish-dodge can be used right after. Overall it’s not that impactful.

Canceling Blast Cards is now much quicker, which is helpful both Defensively and Offensively. However, it made the mechanic more casual-friendly, which has been criticized by some in the community. While Blast Canceling was a bit hard in laggy situations, this change makes it easier and less reliant on a good connection.

Before the update, pressing the screen multiple times in a Tap Attack Clash made the Fighter in use shoot a Tap Shot afterward, which made them vulnerable for an instant. This was nice to have and it didn’t require a fix since people learned to perform Tap Attacks in the right way, so removing this factor hurts Dragon Ball Legends’ overall competitiveness and challenge.

Using techniques Side-Step and Charge Step now slightly reduces the Damage inflicted in a Combo. This is such a small nerf that it’s hardly relevant, so those techniques are still optimal to use.

This could be somewhat relevant if Fighters having this Ability were Meta relevant, but that’s not the case right now.

Party Level Balance was something that didn’t particularly affect Matches--even before the update--so its removal doesn’t affect much either.

Overall, quite a few changes were good. Some people are saying that the Game feels less competitive now, but it seems that the developers aim to reduce Matches randomness, which is necessary for a PVP based game.

Also, despite the Blast Cancel and Tap Attack input changes, there’s still a clear skill ceiling that differentiates good Players from bad ones.