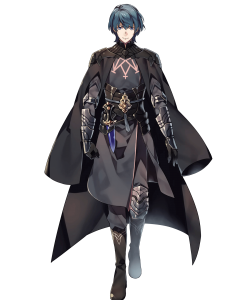 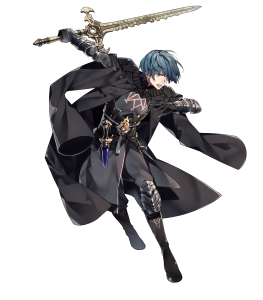 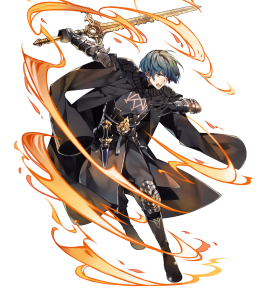 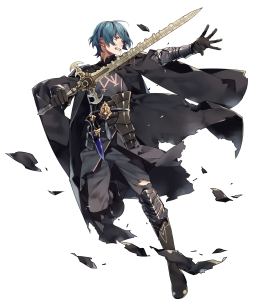 Byleth enjoys the benefits of a fantastic statline, though he does have a notable weakness in his fairly low Resistance (which is particularly detrimental in Aether Raids, especially considering that he is a red unit). However, the most significant draw to Byleth is the weapon he shares with his female counterpart, the Creator Sword.

The Creator Sword has three separate effects that individually are all quite significant (though the Slaying effect is hardly a new one and not particularly impressive alone), but combined, turns Byleth into an incredibly versatile and powerful unit capable of completely ignoring most conventionally powerful setups. It allows him to be one of the first units to ever be able to utilize both Null Follow-Up and Null C-Disrupt at the same time, which grants him the ability to single-handedly deal with the vast majority of threats in Aether Raids defense setups.

It’s worth noting that while Byleth is incredibly versatile, he does have notable weaknesses that prevent him from simply being the best unit in the game. For example, being a red unit with poor Resistance makes him extremely vulnerable to some very popular blue magical damage nukes like Ophelia and Reinhardt (though this can also be dealt with with proper setup). Overall, Byleth is a fantastic unit that can greatly assist in one’s Aether Raids runs, and is also a nice treat for picking up Fire Emblem: Three Houses.

Byleth’s weapon is his single most defining and powerful feature. Having Null Follow-Up built into his weapon gives him fantastic skill versatility, including the ability to combine Null Follow-Up with Null C-Disrupt. Combining this with the accelerated Special trigger and negating enemy skills that either accelerate their Special charge generation or reduce Byleth’s Special charge generation makes him a highly versatile unit that is very difficult to counter through conventional means.

36/38 Attack/Speed is a very powerful offensive spread, and having access to +4 instead of +3 with a +SPD Asset is just icing on Byleth’s cake. His statline is very well suited to utilizing his Creator Sword.

Byleth’s weakest stat is easily his Resistance, which is particularly detrimental if utilizing him in Aether Raids, where magical damage is extremely prevalent. His status as a red unit is even more troublesome because he has a very difficult time dealing with common blue magical damage threats like Ophelia and Reinhardt.

Byleth can potentially face some serious issues with strong Aether Raids defense setups because he can easily be outsped by units like Legendary Alm thanks to the intervention of a variety of debuffs. His strong offensive stat spread makes him very liable to get targeted by both Chill Atk and Chill Spd, and the newly introduced Lull skills (such as Lull Spd/Def) can make it extremely difficult for Byleth to keep up.