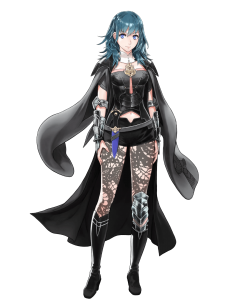 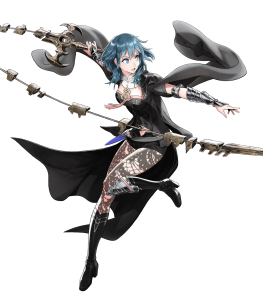 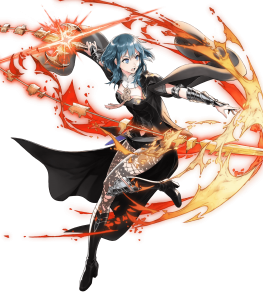 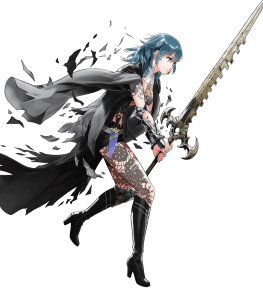 Byleth: Proven Professor is among the first of the Three Houses units released in Fire Emblem Heroes. Female Byleth sticks true to her teacher theme, with many useful effects and abilities included within her Creator Sword. Her greatest strengths are her exceptional offenses and ability to shut down enemy builds with her personal weapon. Safe to say, she can hand out painful lessons to almost any enemy.

With base 34 Attack and 40 Speed, Byleth slots into the highest ranks of offensive swords. She can go toe to toe with some of the fastest units in the game. Byleth’s personal weapon, the Creator Sword, has many useful effects. It accelerates her Specials, nullifies Fighter skills, and makes her immune to effects of Guard.

With both offensive and defensive merit, Byleth has many build paths. Although she’s not at the absolute pinnacle of offense or defense she can perform both roles very well, even on the same build. These factors make Byleth much more reliable than other units, and enable her to focus down and get the job done no matter what is thrown at her.

Byleth’s base 34 Attack is great, but where she really shines is in her Speed. Clocking in at 40, it can be increased to base 44 with an asset. Combined with the effects of her Creator Sword which negates automatic follow-ups, Byleth can outduel her opponents by forcing them into losing the Speed battle.

Is versatile and reliable.

While fellow top-tier swords such as Mareeta are somewhat railroaded down an offensive pathway, Byleth has the ability to build in a much more freeform way. This is largely due to her Creator Sword, which negates Wary Fighter, Special Fighter, Swordbreaker, Heavy Blade, Guard, Quick Riposte and many other skills. Many builds designed to counter other swords fall flat in front of Byleth.

Is difficult to KO.

Since foes cannot automatically get follow-up attacks, and her Speed is so high, this means Byleth is one of, if not the hardest unit to get a follow-up attacks on. This in turn gives her a surprising amount of defensive merit despite her average defensive stats. Creator Sword also blocks skills that accelerate Specials, meaning foes who rely on them also find Byleth tough to KO.

Relies heavily on her Speed.

While Byleth is among the fastest units, there are plenty who can match her Speed. Enemies who can outspeed Byleth or reduce her Speed can beat her. She is very likely to be hit by Chill Spd, and she is not immune to the effects of Brave weapons, including Dire Thunder.

With just 61 base magical bulk, Byleth is weak to mages and dragons. And although she can prevent many follow up attacks, she is still prone to being OHKO’d. Byleth must also watch out for the occasional Ploy Skill, which are very likely to affect her.

This is the build my +3 Byleth now runs and it&#039;s incredibly effective, making her my best Sword Unit in my barracks. She does good damage already with Flashing 4 just helping activate Aether faster, Repel makes her incredibly bulky, Atk Wave gives her even more Attack and the seal is self explanatory. She&#039;s one of my favorite units in the whole game while not being overpowered, just really really good. I can&#039;t wait to get a M Byleth so I can replicate this build with some changes.

Edit: C slot has changed to Panic Smoke, found it to be a much stronger option overall.

An enemy phase Byleth build, which is in my opinion the best physical tank Byleth build possible, & possibly the best or one of the best physical tanks possible, & one of the best Byleth build possible, With creator sword’s accelerate special trigger effect reducing pavise’s cooldown to 2, and flashing blade being able to activate that special in a single hit if byleths speed is up to par, as long as Byleth’s special becomes active a single time (best done by initiating combat once), it is possible to make each single enemy attack be met with pavise. When combined with close call, every enemy attack can be reduced by 50%, then 40%, for a total of 70%, while adding +8 to byleths defense if you use steady stance 4, or a +6 if you use steady posture or sturdy stance 3 (which I prefer due to its +6 in speed or attack). If her defenses are properly buffed this effect is even more devastating. What makes this build even more staggering is the synergy between a final stage stance skill’s guard effect, and creator swords nullification of all skills that increase special count. This effect is not possible by simply combing a final stage stance skill w/ the guard skill. As the effects do not stack. Nor is creator swords effect the same thing as guard. Creator sword nullify’s skills that would aid against guard, like flashing blade &amp;amp; steady breath. Combined with the guard effect of stance skills, or guard effects in general, This makes it legitimately impossible in the game for an enemy attacking byleth on the enemy phase to activate a special against her through combat, unless using a skill that aids special activation outside of combat like wrath, times pulse, or special spiral. For this reason, you can aid byleth by giving her pulse smoke. But I think panic smoke is more useful personally.

Combination between distant counter, Aegis, creator sword, flashing blade, & close call all allow byleth to have excellent mixed defenses if her speed is up to par. Aegis’s cooldown being reduced to 2, and flashing blade, as long as byleth has attacked once, and her speed is up to par, she can potentially always reduce ranged foes to one hit, which will always be reduced by a combo of aegis & close call, for a total of 70% damage everytime, unless they’re a brave-like tome user. While physical enemies will be met with a 40% reduction.

One of the best possible byleth builds in my opinion. But she’s also an extremely diverse and flexible character. There are many great builds possible with her all of which can differ greatly.

-creator sword, gale force, windsweep, &amp;amp; flashing blade 3 all combine for a build that allows byleth to attack twice without counter consecutively + her already incredible speed stat working together to make sure that flashing bade always activates, even against her fellow speedsters. She can be given an asset in speed to make it more likely.

-w/ windsweep byleth does not need player phase defense. Only enemy phase. If buffed right her combat capabilities are exceptional: windsweep + creator sword + gale force combo combines w/ steady stance 4 + creator sword together inflict -1 on special build &amp;amp; neautralize all special build +X skills. Making it near impossible to activate your special on her during the enemy phase, which is the only phase you can attack her, unless aided by an out of combat special count skill, like wrath, or special spiral. This protects her not only from physical specials but also non physical: galeforce, pavise, etc

This build in my opinion is superior to the use of Swift sparrow or any other attack/speed focused version of a windsweep, gale force, &amp;amp; creator sword build. The reason being that because those builds still leave something To be desired on the enemy phase, &amp;amp; make the enemy phase still dangerous for byleth. This build makes her a potent threat all around due to her ability to crush special activation on the enemy phase an buff her defense, while attacking her enemies with no counter &amp;amp; galeforce on the player phase.

Thanks to Creator Sword and Time's Pulse, Miracle will be immediately brought down to 3 CD. If Byleth initiates combat, Flashing Blade will provide an extra cooldown per hit effectively leaving Miracle at 1 final cooldown. Once the opponent counterattacks, Byleth will have Miracle ready to use. The gimmick here it that once Byleth is forced to use Miracle, Mystic Boost will heal her 6 HP (leaving her at 7) and Time's Pulse will put Miracle back down to 3 cooldown. On the upcoming Player Phase, Byleth will be able to attack her opponent and depending on how the previous Enemy Phase went, Byleth will be able to activate Miracle once again and tank over and over. Creator Sword has built in Null Follow-Up 3 so it will ensure that she will be able to double her opponent (granted she has higher speed) and they will only be able to counterattack once regardless.

Gen 1 Staff Refine Ideas (because IS won't do it)
Share your thoughts and ideas. Some were just off the top of my head, so they’re…
Orb Flexing time 💪
Too lazy to do the paralogues and story missions, but I figure this is good enough…
Why DR was a mistake
B!Alm, +3 +Atk, dark blessed for 66 Atk. Prf grants +10 for 76, so scendscale will…
Ninja Banner - Hopes and Predictions
Title Basically Says It All List your hopes and predictions for the Ninja Banner …
Do Forma Units Get Re-Run?
Alright, so I’m pretty sure I’m gonna use my forma soul on fallen Ike this month…
Read More