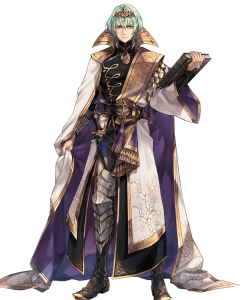 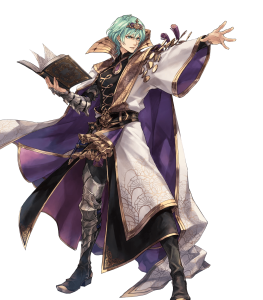 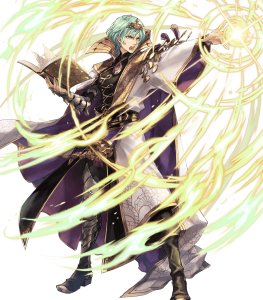 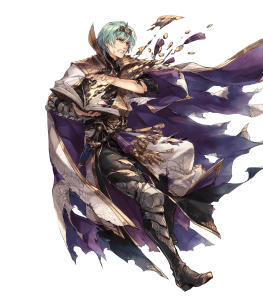 Passive A: Swift Sparrow 3 / Life and Death / Other Atk/Spd-boosting skills

Our dear, widely-loved-by-all Professor unapologetically takes many pages out of a certain magic garden gnome's study notes with a tome that similarly provides:

These effects altogether allow Byleth to stand on his own as a potent and versatile offensive and supportive unit for effectively all forms of content. As you've seen by scrolling past to this point, his skill choices are rather extensive as a result.

Byleth makes very efficient and apparent use of his infantry status with his default skills Lull Atk/Res and Time's Pulse, the latter of which is especially important for fully precharging Sublime Heaven. Additionally, though builds involving the following are not listed, he makes rather nice use of alternatives like Special Spiral and Null-C Disrupt if your build calls for them.

Byleth's unique Special is an improved version of the inheritable Ruptured Sky; not only does it feature slightly better damage values in 25% of Byleth's Attack (a far more reliable metric than the opponent's Attack, and goes up to a whopping 50% against dragons or beasts), but it more importantly offers the ability to cut through any form of damage reduction — something that has become annoyingly prevalent in recent times. Its short cooldown combined with Professorial Text's Slaying effect and Byleth's default C slot, Time's Pulse, also means Byleth pretty much has Sublime Heaven ready to fire every turn à la a certain Golden Deer student.

Being a Legendary Hero has its occasional advantages, but it's a real, stinking shame when a unit so powerful and diverse in the support and offense department like Byleth is basically locked and only optimal in Water seasons. Specifically, using Byleth off-season results in a few caveats:

Though padded out by the easy spectrum stats effects of Professorial Text, Byleth's lower defensive values leave a lot to be desired. Generally, even medium power hits can damage him quickly and sizeably when Byleth is exposed to straight hits. This prevents him from confidently dipping his toes in carry play — like fellow low defense "tanks" like Brave Claude and Young Innes, he will need to make up for this by focusing on restoring his HP more, stacking Mythic Hero stat blessings, as well as rely on strategically-positioned ally support skills like Distant Guard or Caduceus Staff.