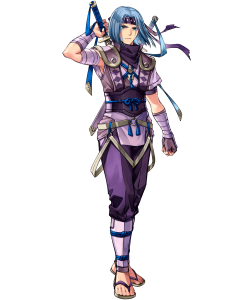 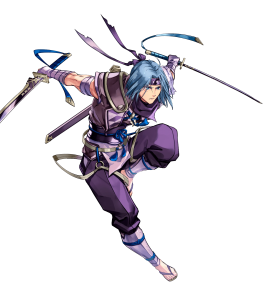 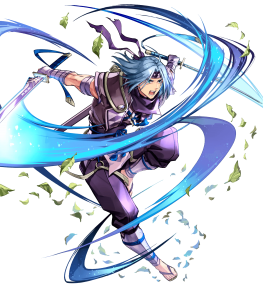 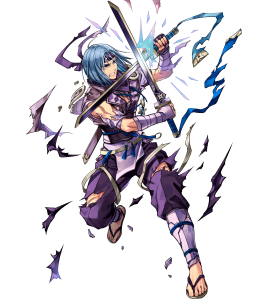 Passive B: Wings of Mercy / Desperation

With 37 Attack and 42 Speed, Zihark is capable of dishing out high amounts of damage and consistently performing follow-up attacks, especially with skills and support.

43 HP and 30 Defense totals to a surprisingly solid 72 physical bulk. If need be, he is likely capable of surviving at least one physical attack, and he can become an obnoxious Enemy Phase supertank in combination with a B slot such as Spurn or Null Follow-Up.

As an Infantry unit, Zihark is able to take advantage of a variety of benefits:

With 176 BST to play around with, Zihark is able to fit both a Player Phase and an Enemy Phase role; depending on the set, he can perform both at the same time, too!

As with most Sword units, Zihark sacrifices some Resistance in exchange for his strong offenses and decent physical bulk. While 66 magical bulk is usually enough to survive one magical attack, Blade tomes and Attack-stacking can make the situation frisky. Thankfully, this can be partially remedied with the aforementioned damage reduction skills.

Inability to stand out (lacking a personal weapon)

The Infantry Sword pool is already very bloated, with superstars such as Mareeta, Fallen Ike, and both Male and Female Byleth stealing the show. Zihark’s lack of a personal weapon makes it nigh impossible for him to stick out despite his very strong statline. While he is available at 4*, he is also a seasonal unit, similar to Young Marth; because of this, despite his lower rarity, his availability is still quite limited.

Support lover for Nyna
I support my heroes just because of their history or their relationships. Aka Neimi…
Why I like this game more than modern main line FE
Talking about it with two friends yesterday, I got to that conclusion. I was surprised…
Show off your summons - Seiðr and more
Haven’t seen anyone make it yet so (Free copy included) 20 posts - 15…
Excuse me megami-sama
Why are you wearing a double plastic bag 1 post - 1 participant …
Null Follow-up seal…
Okay. I made a post similar to this a few weeks back about a similar topic, but it…
Read More