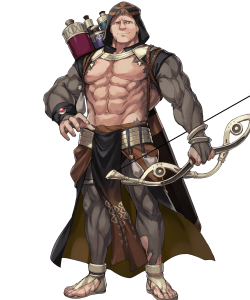 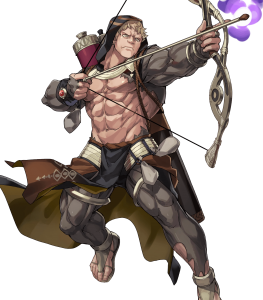 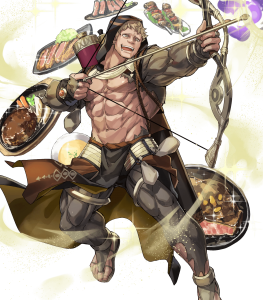 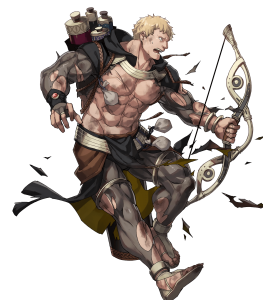 Being a fifth-generation armored unit has its perks, and it's made extremely obvious when looking at Raphael's modern-day base stat total of 179-180 and resulting distribution. The most obvious standout is Raphael's huge base 42 Attack, which ensures solid damage output across all builds he may run while becoming even more pristine at 46 with a super Asset (+4 instead of +3). The rest of Raphael's stats don't totally suffer from min-maxing either; 48 HP and 38 Defense provide a great amount of overall bulk — which can be made even better with skills and investment — while a modest 28 Speed can allow him to escape follow-up attacks from slower enemies. While he could stand to benefit from a bit more Resistance (the only trait where Valentines Faye reigns supreme over him), this, too, is buildable or serves little purpose on certain builds.

Raphael already starts out with what is possibly a top-five bow weapon; Plegian Bow gains much by being native on Raphael, working on him both offensively and defensively, and granting similar if not more bonuses than Spendthrift Bow if you set up penalties right. Additionally, he can utilize Brave Bow for powerful single-strike damage on more offensive builds, or even use ol' reliable Spendthrift if penalty distribution isn't in your playstyle.

Very fortunately for Raphael fans or simply interested players alike, his seasonal summoning event puts him in the four star focus category. Thus, getting many copies / merges of him is quite feasible compared to five star locked heroes. Considering Raphael's overall value in many competitive game modes (he scores really well in modes based on Arena scoring and can be built to be a fantastic Aether Raids carry unit), it's definitely worth setting aside some rainy day Orbs for him.

Raphael’s Speed is actually rather decent for his archetype, though not to the point of avoiding a great amount of double attacks when uninvested. Generally, he should beware of hard hitters — especially magic-using — that can survive his hits and retaliate twice. Even if his Resistance is invested, base 23 can only get him so far as multiple repeated powerful magic hits may cave him in eventually.

Being limited to one space per turn not only limits Raphael's movement options without outsourced support (like Guidance or Armor March), but it also tends to be anti-synergistic with the solo nature of his native Plegian Bow. Having a weakness against armor-effective weapons will also cut into his bulkiness really quickly if not properly prepared against.