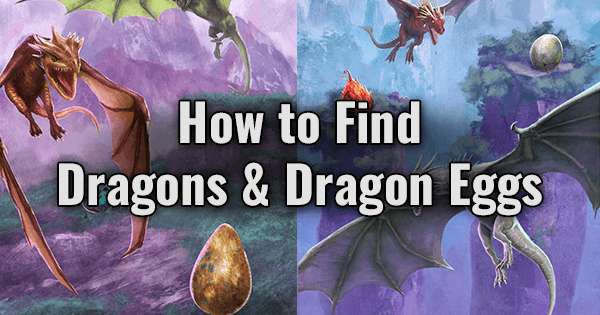 In case you haven’t seen it yet, two new pages recently showed up in the Registry under Oddities: Oddities III and Oddities IV. Together, these pages feature eight new Foundables: Dragons and Dragon Eggs!

This guide covers what these new Foundables are and how to obtain them.

Update Aug 30 at 5pm PDT: The number of Dragon Egg fragments required in the registry was reduced for all prestige levels, with the first level dropping from 12 fragments to 4.

Both of these new pages each feature two dragons and their eggs, for a total of four Foundables per page. Here’s which ones each page has and how many fragments are needed for each prestige level: 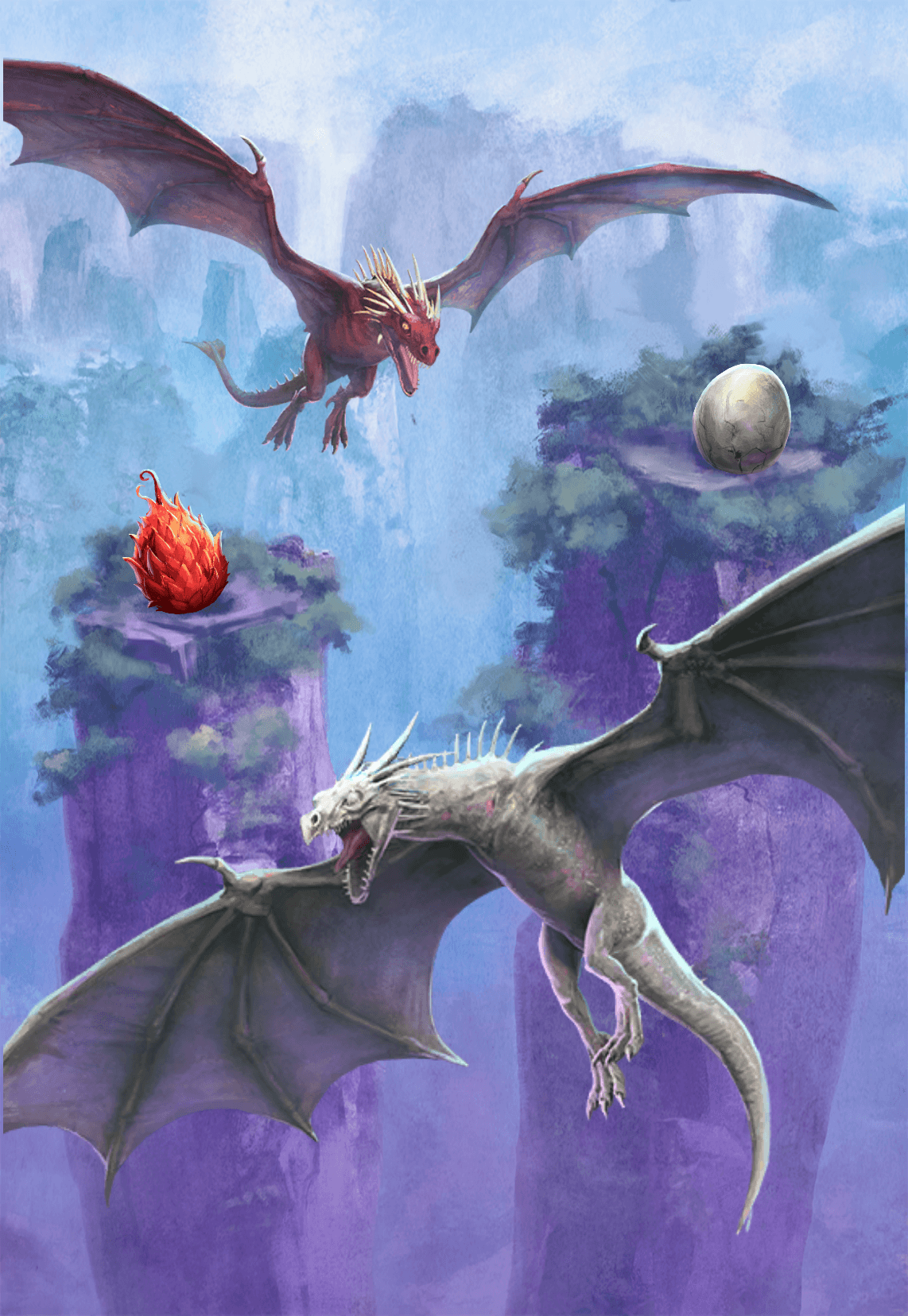 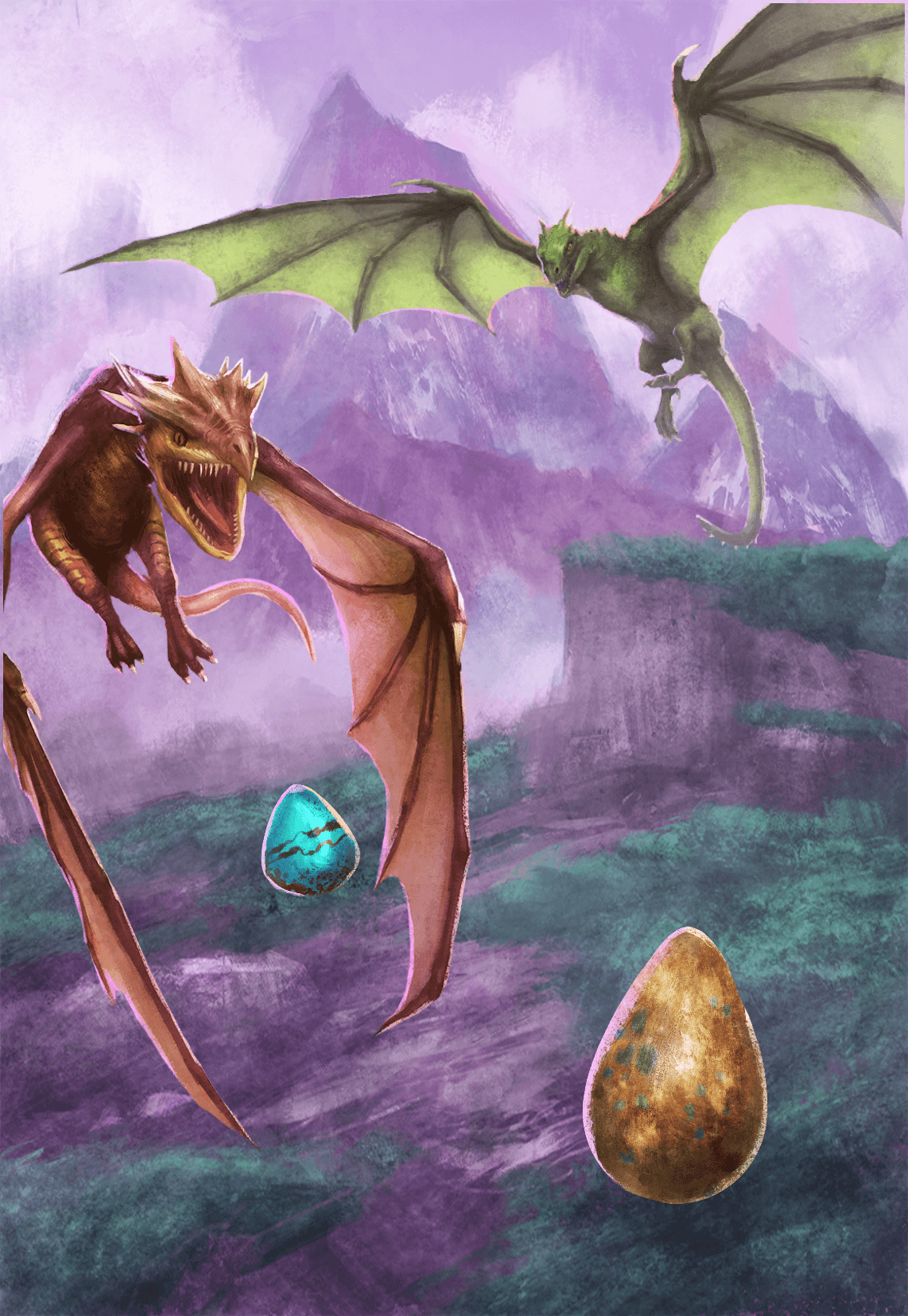 How to Find Dragons

That day, Dragons will be released worldwide as regionals, each locked to one of four large regions. The regions and their dragons are as follows: 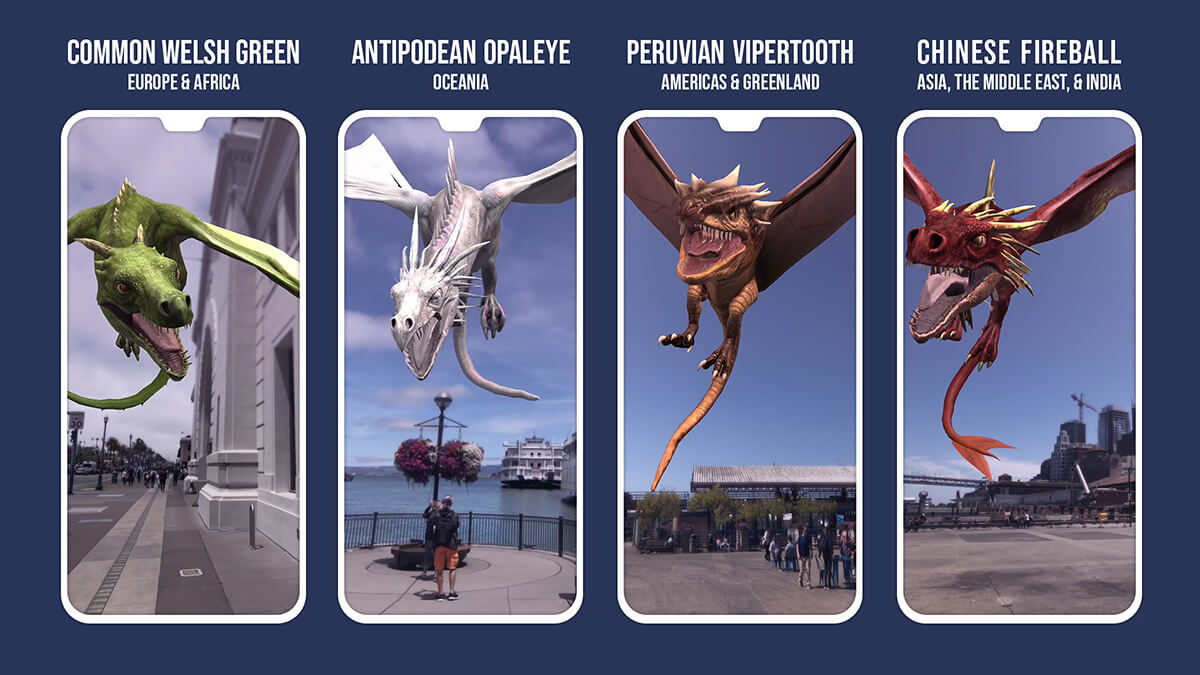 In other words, players around the world will each have access to one Dragon while in their home region. However, one event has already been announced that might give players access to one more Dragon: Day of the Dragons. More on that in a moment.

Currently, there is no information about the ideal conditions (such as weather or time of day) for finding Dragons. If they are like other Oddities though, they will spawn more often during dusk, night, and dawn in-game.

Day of the Dragons

Day of the Dragons is a special 3-hour event that will only happen if players at WUFF battle and return at least 150,000 Dragons in total over the weekend. Assuming they succeed, players around the world will be visited by a Dragon not native to their region on Saturday, September 7.

The full times for the event are as follows:

If you’ve participated in previous Wizards Unite Community Days, you’ll note that those are the same times. The event will also include bonus Wizarding XP for returning Dragon Foundables.

So which Dragon will be coming to your region on Day of the Dragons? That will be decided this weekend, while players around the world collect Dragon Eggs to “vote” for which Dragon they want to have visit their home region.

Whichever players in your region collect the most of is the Dragon your region will get to see during Day of the Dragons. How do you collect Dragon Eggs, you ask? Well...

How to Collect Dragon Eggs

Currently, there is only one confirmed way to collect Dragon Egg fragments for your registry: participate in this weekend’s Global Challenge. Special Dragon Egg Portkey Portmanteaus will be appearing on the map for 48 hours only:

All four types of Dragon Eggs will be available worldwide during this time. Players will be able to discern before picking the Portmanteaus up which Dragon Egg they contain, as each will appear on the map with its corresponding color and design.

Here is an example of a Peculiar Portkey Portmanteau containing a Common Welsh Green Egg fragment: 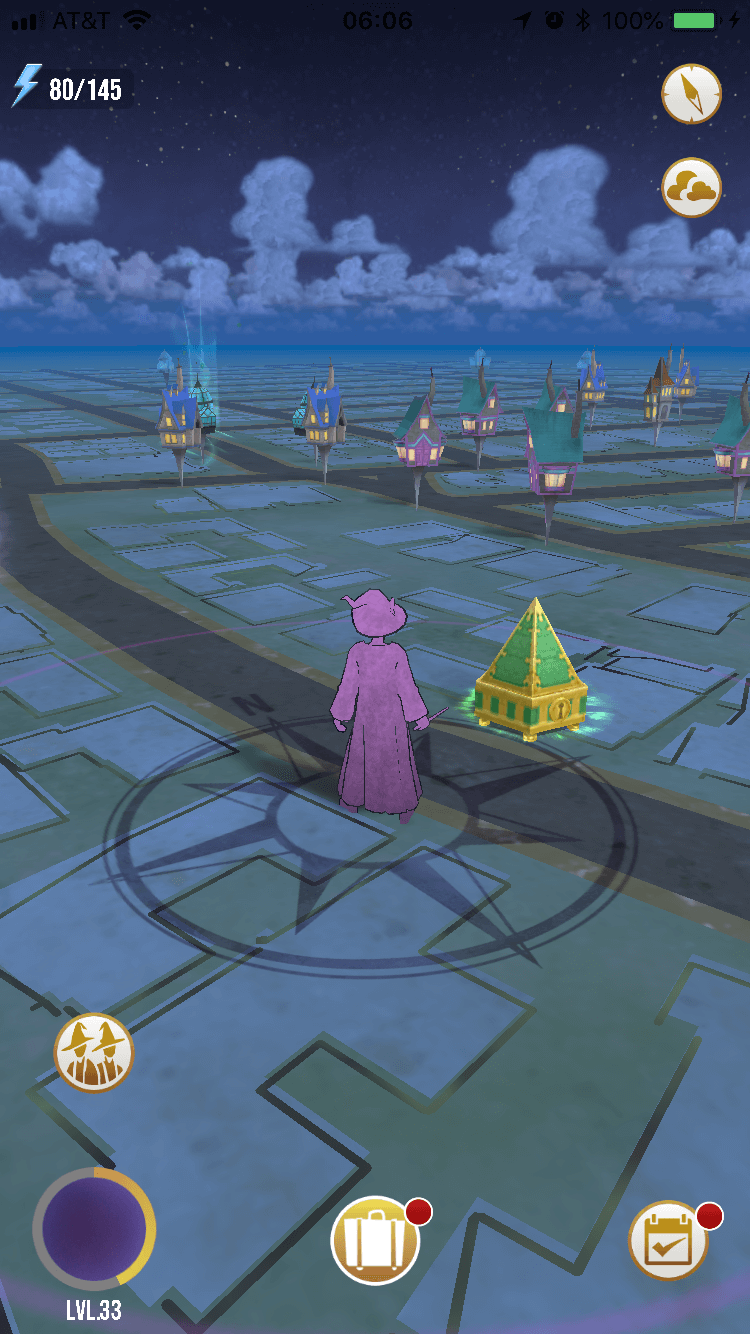 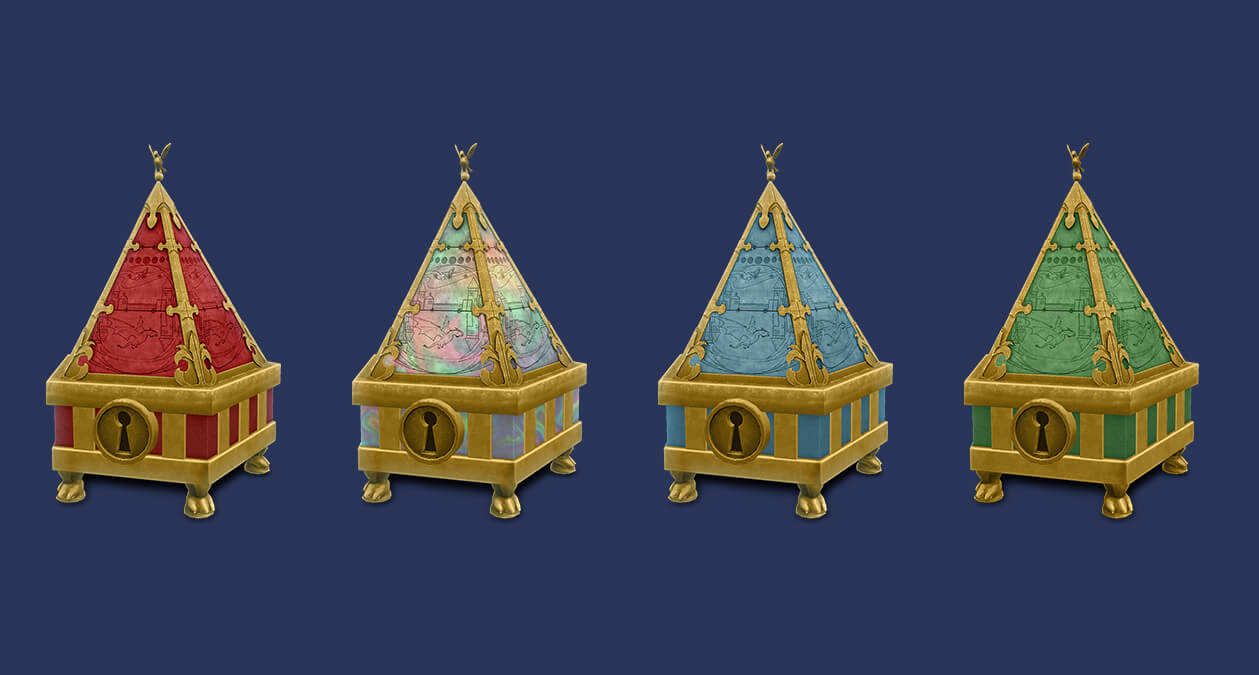 Our initial observations have found that ingredients (including Hermit Crab Shell and Powered Dragon Claw), Wizarding XP, Oddities Family XP, and Spell Energy can all be rewarded: 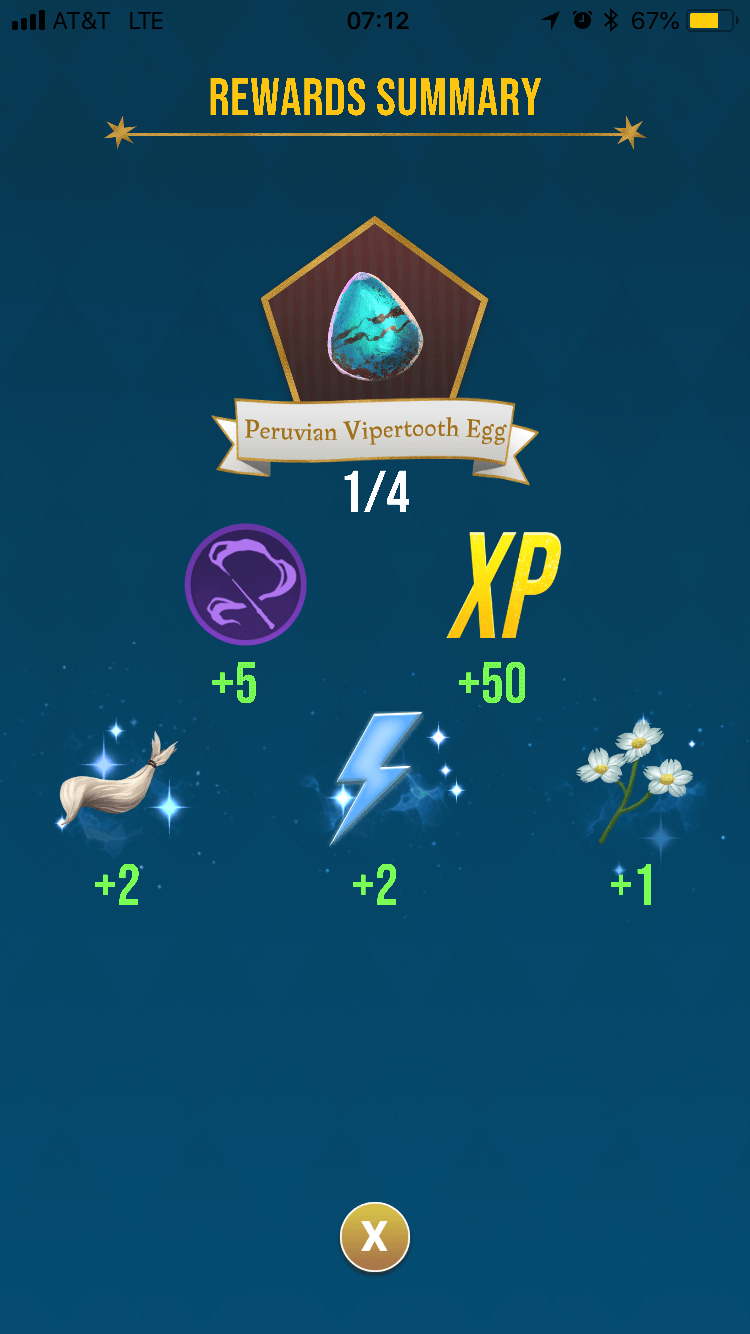 Given the limited time frame, players who wish to complete all 16 Dragon Egg fragments (each requires 4 fragments to place on vanilla pages) during the event will likely need to use some silver keys to do so.

Update: The required fragments for vanilla was dropped from 12 to 4, so players only need to collect a total of 16 Dragon Egg fragments to place all four images in the Registry. Many players will likely still need to use silver keys to collect all 16, but not nearly as many as if it had been 48 fragments to collect.

Luckily, all players can receive a free gift as part of the Global Challenge, containing: 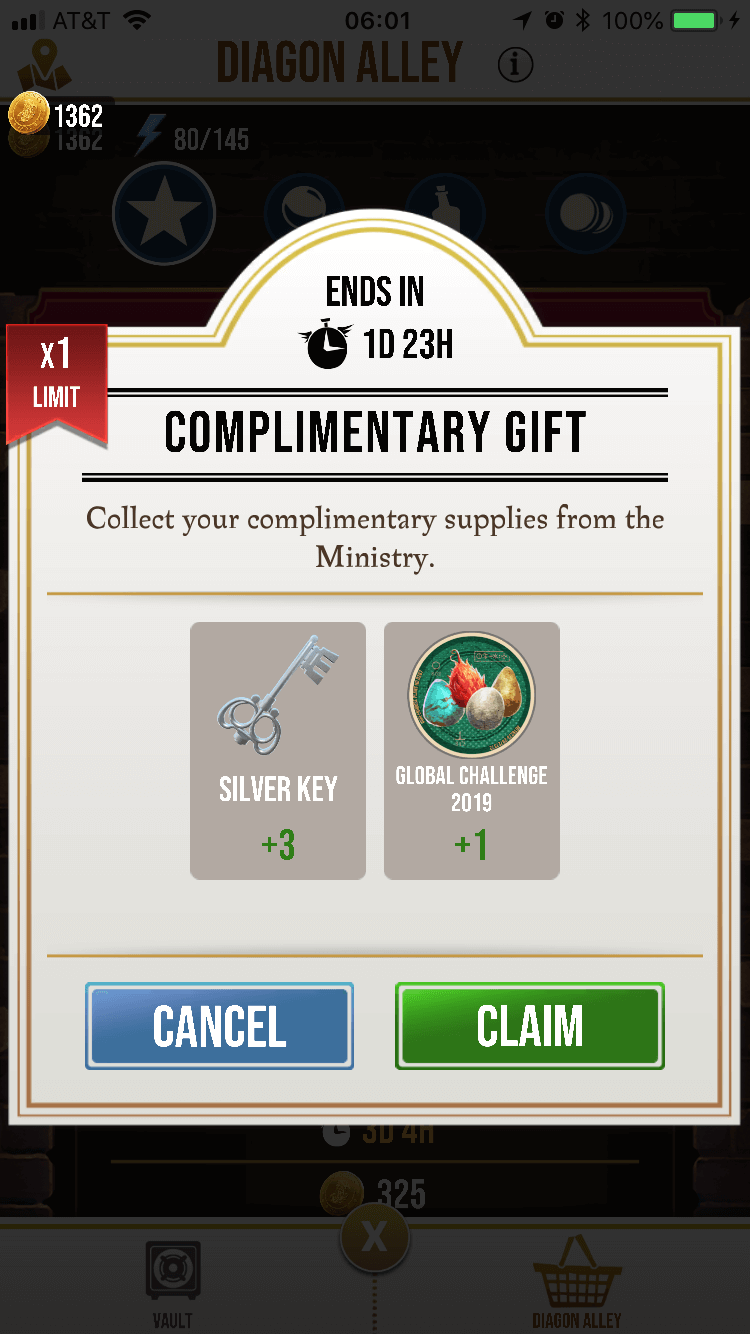 To receive the gift, simply go to Diagon Alley (in-game shop) during the 48 hour event, tap the gift, and choose "Claim".

Those who won’t be able to complete all four Dragon Eggs in 48 hours are likely wondering how they’ll be able to collect the fragments after the event ends. Unfortunately, the only confirmed way to collect Dragon Egg fragments so far is during the Global Challenge.

Indeed, the Wizards Unite team has even confirmed that the special Dragon Egg Portmanteaus will no longer be obtainable after the event ends. (Players should still be able to unlock and open Portkeys that they collected during the event ends though.)

Of course, it is unlikely that players will never have the chance to find any Dragon Egg fragments ever again, but it is possible that they will be limited to events, or may be released as region-exclusives like Dragons.

When asked for clarification on the matter, HPWULola (a member of the Wizards Unite team) said, “I do not have an answer for you at the moment! This should all be revealed in the next week.”

We’ll update here as soon as there is confirmation about other ways to obtain Dragon Egg fragments.

Hopefully, this has helped clarify how and where you can find these brand new Oddities in Wizards Unite! 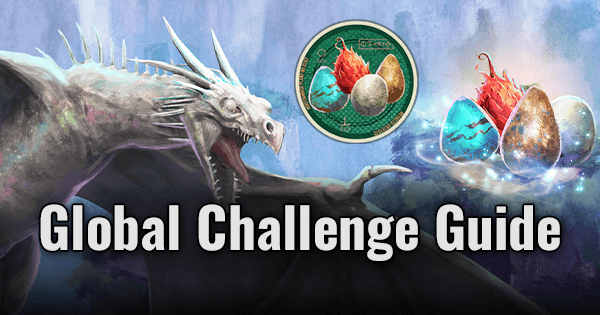 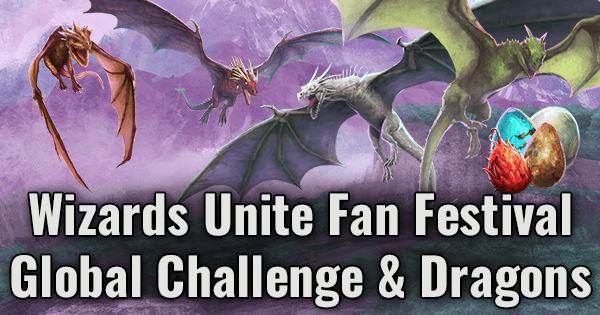