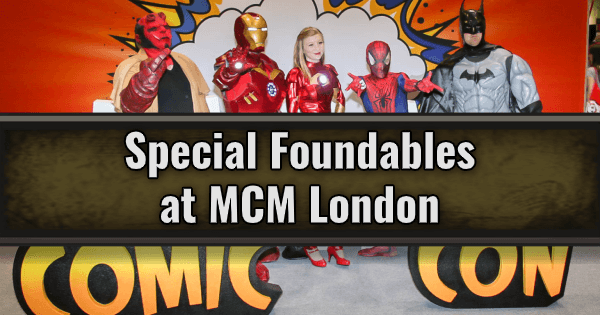 It seems the Golden Trio have made a special trip to London this weekend for MCM Comic Con. Players in the area have reported increased sightings of Quidditch Keeper Ron, Quidditch Captain Harry, and Young Hermione. (Ron seems to be the most common, based on reports.)

The increased spawns are indeed intentional and coincide with MCM London, one of the largest comic cons in the UK, as announced by WBGamesUK on Instagram:

Are you playing Harry Potter: Wizards Unite at MCM Comic Con? Keep an eye out for Harry, Ron and Hermione around the area from 25th-27th October. Share your best moments in your adventures at the show! #WizardsUnite #MCMComicCon @mcmcomiccon #HarryPotter

The spawns are scheduled to last through Sunday, though the exact time they'll depart is unknown. Similar events in Pokémon GO have sometimes lasted until midnight local time, and others have ended in the early evening.

In any case, special spawns at conventions, particularly Comic Cons, are hardly new for Niantic, nor is this the first time Wizards Unite has had them.

This past summer, players in San Diego noticed increased spawns around San Diego Comic-Con, where creators of Wizards Unite spoke on a panel about the game.

Keep an eye out for other conventions and events that might see increased spawns in the future!