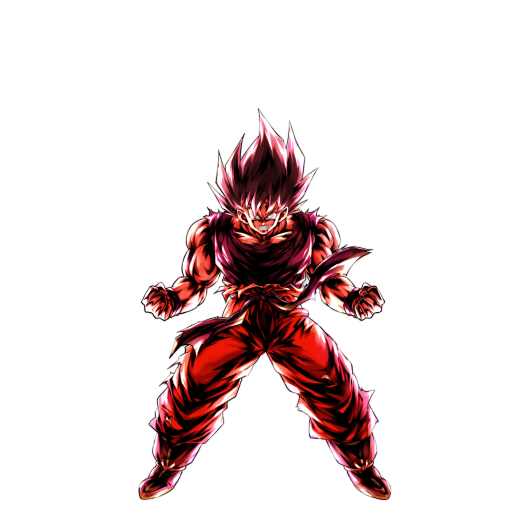 KAIOKEN X20!!!!!! SP Kaiokenx20 Goku GRN has been released on the first All-Star banner of 2022 along with SP Final Form Frieza(Revived BLU) and they look to take Frieza Saga to the next level.

SP Kaiokenx20 Goku GRN’s toolkit is tailor-made to counter the Vegeta side of LL SP SSB Goku and Vegeta and to a further extent, try and counter the Mono Purple team as he has 50% more Damage inflicted against PUR Fighters and he reduces healing with every Strike Arts he lands.

Even so, his general effectiveness isn’t meta-defining at all but he’s a good enough Fighter to compete in the current meta.

SP Kaioken Goku GRN’s early neutral play is fantastic. He’s able to regain up to 70% of his vanish up to 2 times when he enters the battlefield. With this, he’s able to throw off opponents and catch them off guard if they attack too slow after he vanishes.

His Main Ability “If I pull off a Kaioken x20..!” allows him to get 100% of his Vanish Gauge which, if timed correctly, can change the tide of battle.

Every time Goku uses a Strike Arts card he gains 5 Ki, 10% Damage (up to 40%), and gives 5%(up to 20%) support to his allies. In addition to that, if Goku lands a Strike Arts card he inflicts the enemy with a 10% Damage received debuff and -30% to health restoration debuff. Strikes are Goku’s bread and butter and it results in you and your team dealing more Damage to the enemy while reducing their ability to sustain themselves with heals.

As mentioned in the Overview, SP Kaioken x20 Goku GRN has more Damage against PUR Fighters and takes 25% less Damage from them as well. The main use of this ability is to rush PUR Fighters as most GRN Fighters wouldn’t be able to kill them but Goku can surely kill most PUR Fighters with a Rush due to his Anti-Purple Unique.

While having Anti-PUR is a good thing, it also is useless most of the time as the only time this unique is visibly is when you Rising Rush a PUR Fighter with Goku. He still gets shredded against PUR Fighters and his Damage against them isn’t impressive.

SP Kaioken x20 Goku GRN is a decent GRN Fighter for the Saiyan team but he is not optimal. LL SP SSJ4 Gogeta GRN is a better Fighter and LL SP SSJ3 Goku GRN can compete with him.