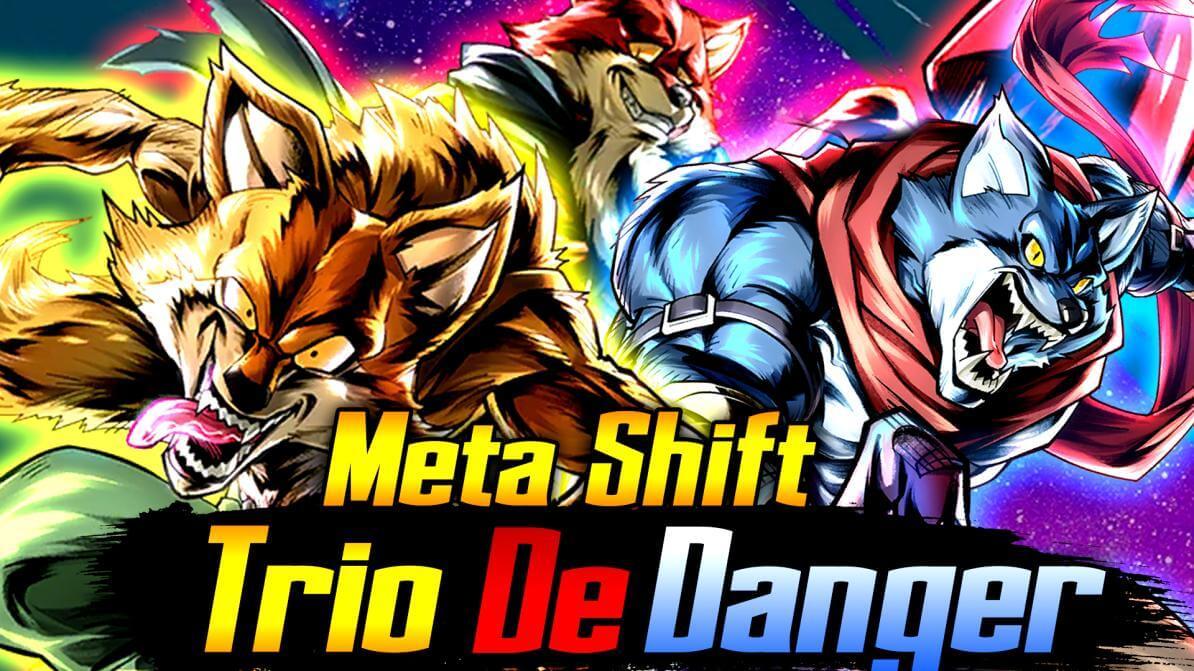 “All Stars” Banners are still a novelty on Dragon Ball Legends, however so far they’re looking pretty promising, primarily because very convenient Z-Power Missions come with them. It looks like they’re replacing UST Banners, and honestly considering the latter’s low quality Fighters wise (for the most part), it is for the best.

This time, it’s “Trio De Danger”’s turn. While they aren’t exactly exciting characters, they’re part of the most iconic Dragon Ball Super’s saga, “Universe Survival”, which is also commonly referred to as “Tournament of Power” arc. So, let’s see if these three dogs are able to be a solid basis for the Team while we wait for more releases.

This Team is still incomplete, and in a sense it’s weird because two of its Z-Abilities are “Rival Universes” based. Everybody thought the Trio De Danger would also Boost that Tag, since it got recently introduced. While Boosting Universe Survival makes them more interesting, the question is if the developers are just going to toss Rival Universes away, as it’s effectively a subset of Universe Survival.

In any case, the Team only has 4 playable Fighters at the moment, which are the dogs and SP SSJ2 Kefla. In particularly, the latter is the strongest Fighter on the Team as the other three aren’t really groundbreaking, but their overall synergy still makes impactful enough to be relevant in the current Meta. SP Bergamo RED is a Fighter that should be always brought, because he’s the only one with Defensive capabilities on the Team ( or in other words, the other two dogs and Kefla are quite fragile at average stars, so using all three of them together would be a disaster ) However, since he’s not a transforming Fighter, his stats aren’t the greatest, so he needs a lot of stars to be a constantly reliable Tank in the current Meta .

SP Basil BLU and SP Lavender PUR are both quite strong Offensive Fighters with interesting mechanics, however they’re not quite Kefla, meaning they can’t constantly take over Matches like her. Still, their burst potential makes both of them fitting to be the third string on the Team, the decision depends on the matchup ( in most cases it’s a color wheel based decision ).

All in all, this Team is pretty decent already and has some great Z-Abilities for the future.

Universe Survival is effectively a brand new Tag, so deciding whether or not it’s worth to pull on this All Stars Banner doesn’t depend on your current Character Box. It’s mostly a future investment, however all three of the new Fighters will come back eventually, presumably on a hypothetical Tournament of Power Step Up Banner.

In any case, if you want to pull nonetheless that’s not the worst decision in the world, since this Banner also has good fillers, first among all SP SSB Vegeta PUR (quite honestly the best Fighter on this Banner ).