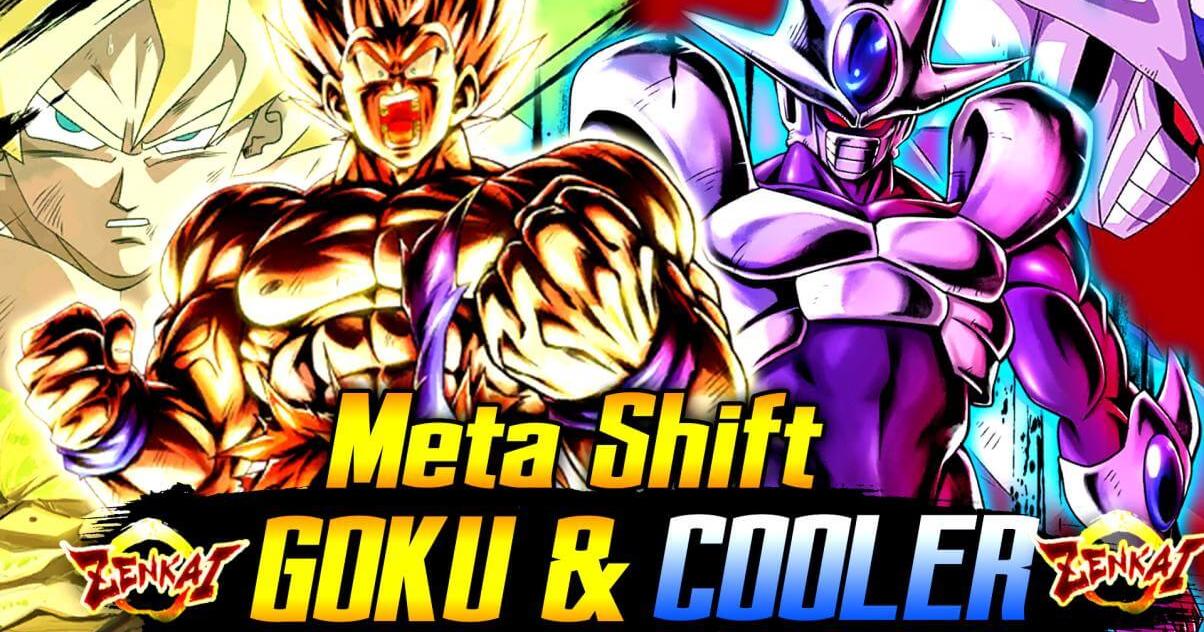 The day of reckoning is here! “Cheatku”‘s Zenkai has arrived, just like the community predicted after his Banner Rerun got announced last week. SP Angry Goku BLU’s Zenkai Awakening has been targeted with skepticism and fear during the past few days, because SP SSJ2 Youth Gohan RED is still a tremendous force in the meta, and players expected his father to have an even bigger impact on the Meta.

Alongside him, SP FF Cooler BLU’s Zenkai Banner has been overhauled, so it’s finally time to evaluate him in the current PvP scene.

Throughout the history of Dragon Ball Legends, there have been multiple times where Son Family was a frustratingly dominant force in the Meta. After SP SSJ3 Goku PUR’s Zenkai, the state of the Tag became reminiscent of what it was pre-first anniversary, so it already felt like the best Team in the game… and now here comes the legendary SP Angry Goku BLU Z7. How much does Son Family benefit from this addition?

The Team’s previous best Blue Fighter was SP Gohan (Adult) BLU, so it’s needless to say there is a big improvement Color-wise, but surprisingly enough the angry Super Saiyan isn’t really on the same level as his Zenkai allies until his timer counts-related and Crisis-related Unique Abilities activate, which might not happen until mid-late Game. Before that, he’s still a great Offensive Fighter with decent durability thanks to his stats and situational Damage Reduction, but he feels more of a sidekick rather than the star of the Team.

He still fits really well on the Team as SP SSJ2 Gohan RED’s Support is just perfect for him, however he only stands out in Last Man Standing scenarios - however, his son still performs better in those situations thanks to his stronger Main Ability-.

All in all, did Son Family become even stronger? Yes. Did it become as strong as we expected it to be? No, because SP Angry Goku BLU isn’t the best Fighter on the team, and maybe not even the second-best.

Pour one for SP Vegeta (Majin) BLU, the prince of Saiyan can’t catch a break. First, he got overshadowed by Zenkai Fighters that released shortly after his Step-Up Banner, and now, a few months after that, he got replaced on his main Team.

SP Angry Goku BLU isn’t the excessively dominant force we all expected him to be, but he’s still a phenomenal addition for a Saiyan Core that was already borderline Z tier after SP SSJ3 Goku PUR’s Zenkai Awakening.
The two Goku variants will be this Team’s staples in the next few weeks, alongside SP Youth Goku YEL who still functions as a decent all-rounder - but a replacement with a Saiyan Z-Ability would be gladly welcomed -. Also, since Saiyan isn’t strictly Strike focused anymore, SP SSJ4 FP Goku GRN and HE Shallot LIG regain some relevance, although their primes are more of a sweet memory at this point.

The proudest fighters in the universe are a top tier Meta threat again.

Back in May, the few players that managed to get their hands on SP FF Cooler BLU Z7 made their Lineage of Evil Team look frightening. Nowadays, the situation is very different because the Meta is filled with Fighters just as impactful as Cooler, and the fact LoE hasn’t got any new release since its Zenkai makes things even worse.

As of now, the Team is pretty strong Offensively, as the Z7 Cooler-1st Form Frieza duo results in a multitude of Supportive Effects that would make any Fighter’s Damage output look at least average. On the other hand, Defensively it’s looking pretty grim for the most troublesome family of the universe; they’re so fragile they can’t withstand a single combo without suffering unsustainable amounts of Damage.

To become better in the Meta, Lineage of Evil simply needs new Fighters ( or Zenkais, sigh) that can take advantage of this Team’s Supportive Effects while also being able to take some hits without dying.

The right question regarding SP Angry Goku BLU should be “is it worth to pull for his rerun Banner if I don’t have him 7* already?” since his Zenkai Souls are available for free through the USTR Shop. The answer is No, it’s just not worth to chase his dupes on his Banner even considering the 0,5% rate, because it’s still too low to have a reasonable chance of getting him once without spending at least 10-15k Chrono Crystals, and the more dupes you need, the worse the outlook becomes.

Regarding SP FF Cooler BLU, Lineage of Evil is likely to get a couple Fighters in the next few months, starting from next week (presumably) with the Metal Cooler that got leaked in the latest V-Jump, so if you care about the Team you should zenkai FF Cooler since his Offensive contribution is still quite remarkable.