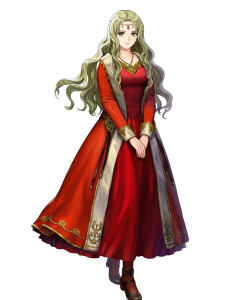 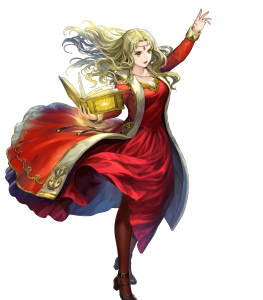 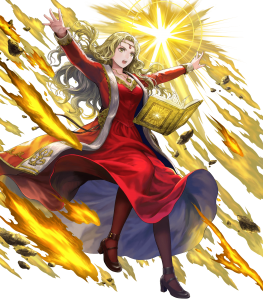 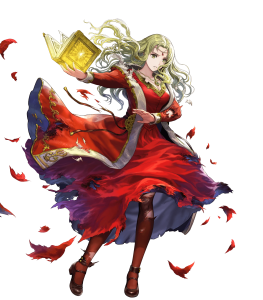 Colors Weave Into a Spire of Flame (Aether Raids Offense)

Call to a Past Still Unnamed (Aether Raids Defense)

One of the eight legendary weapons of Elibe, Guinivere’s exclusive Aureola undoubtedly remains her most defining feature through its rather unique combination of effects: a substantial boost to her offenses and Resistance, a negation of adaptive damage, built-in healing, and effective damage against tome wielders.

This places the Princess of Bern in an exceptionally good position when facing off against magic foes and her performance against them alone is commendable, but Aureola can still shine outside of such contexts. Self-healing is always useful for further mitigating damage Guinivere may take (this is especially valuable for tanking purposes), and the AoE heal to nearby allies does lend itself to interesting applications in the context of Aether Raids Defense—if nothing else, the stat boosts it provides are always useful for elevating her general performance. The fact that Aureola’s effects are not necessarily limited to a particular phase allows for increased flexibility as well.

As a bonus, its attack animation goes hard.

Guinivere’s performance is further backed by her offensive stats’ impressive base values, as well as that of her equally stellar Resistance. This foundation alongside Aureola’s various bonuses provides Guinivere notable damage potential and (more importantly) an overwhelming specialization against virtually all forms of magic, though her overall performance still isn't too far behind.

Being an infantry unit grants access to a number of highly-coveted exclusive skills, including Lulls (such as her base Lull Atk/Res), Null Follow-Up, Time’s Pulse, and much more. This makes Guinivere incredibly malleable, boasting many, many build options that she wouldn't have if she were another movement type, which lets her be finely tuned to best serve one’s needs and preferred playstyle

The majority of her statline’s resources were allotted towards her Attack, Speed, and Resistance stats. Although this helps her maintain a rather significant competitive edge, it consequently came at the cost of Guinivere’s physical bulk being absolutely terrible. Considerable support and investment—not to mention caution in approaching enemy teams, especially if using her in Aether Raids Offense—will be required to ensure Guinivere’s longevity, and even then she can still easily die to most physical attackers if one is too careless.

With Aureola&#039;s healing capabilities, I decided to go monke and make her a makeshift healer. With both Breath of Lives and Mystic Boost, she can heal herself 12 damage a turn and a max of 21 HP to her allies. Though because of Breath of Life being only activated when adjacent, you can practically heal only one or 2 units per turn.