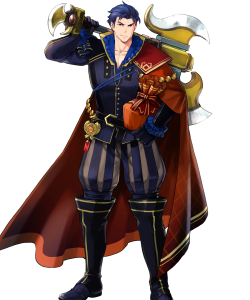 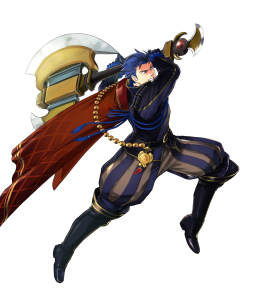 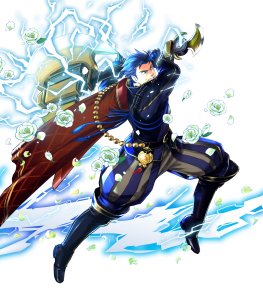 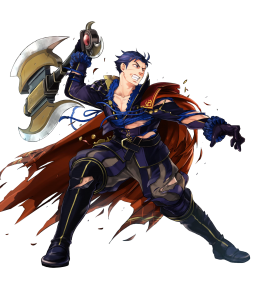 Refined Berserk Armads is a fantastic weapon, combining multiple great effects: Special acceleration, Wrath (Specials do +10 damage when Hector is below 75% HP, and if he starts a turn below 75% HP, his Special charge is reduced by 1), debuffing enemy Attack and Defense by 5 under easy-to-meet conditions, and healing Hector by 30% of his maximum HP whenever he deals damage using a Special. This combination of effects allows Hector to deal high damage while maintaining his own HP through healing, so long as he can activate Specials.

Hector’s base 38 Attack allows him to deal high damage, especially in combination with the effects of Berserk Armads.

Hector’s base 50 HP and 40 Defense are fantastic and allow him to survive many physical hits.

Armors have exclusive access to many useful skills such as Fighter and Save skills. This can allow Hector to excel in combat and perform roles that other types of units cannot.

Hector takes 1.5x damage from any armor-effective weapons, which are fairly common. Depending on the context in which he’s used, some of these units might threaten to OHKO Hector, particularly if they are magical or have triangle advantage.

As an armor, Hector can only move 1 tile per turn unless under the effects of a movement-boosting skill like Armor March or Ground Orders. This can severely limit his ability to engage and disengage effectively.

Hector’s base Speed of 21 is quite low, meaning he will be doubled by even moderately fast units unless he runs some type of follow-up denial or KOs the foe on his first attack.

Hector’s base Resistance of 24 is fairly low, meaning he takes heavy damage from many mages and dragons. While he is not at risk of being one-shot by most of these units, and can heal using Berserk Armads in most circumstances, magical damage may exceed his capacity for healing and he may not be able to survive through several combats.