Community Posts with Keyword Nailah All 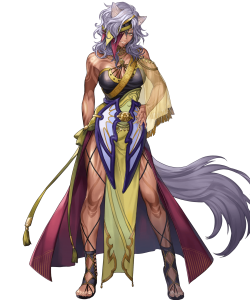 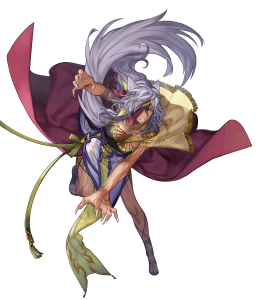 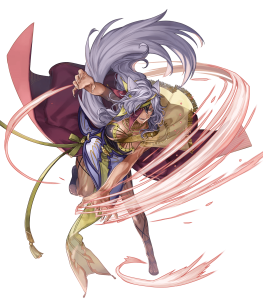 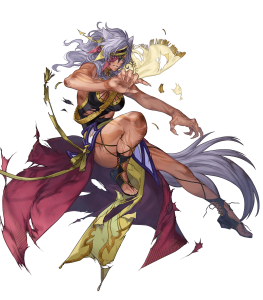 A Song of Lupines and Herons (Galeforce)

Hoo boy, what an essay of a weapon. It's actually pretty concise and readable if you're already familiar with the universal infantry beast and Canto effect jargon. For the sake of reader sanity though, we'll list it out without all the smallprints:

Now, here's why everything listed works like a well-oiled and tuned grandfather clock:

As mentioned, when positioning and transformation conditions are fulfilled on Wolf Queen Fang, Nailah is granted a number of in-combat stat swings in her favor. Thus, in considerable contrast with her now-considered modest but still workable base stats (by today's standards), Nailah enjoys higher raw damage, durability, and speed. In raw numbers and casually optimal conditions, we're looking at a +16 Atk and +9 Def/Res/Spd boost, not taking into account all the other effects that make Nailah play so nicely.

Nailah's strengths are further reinforced by the list of infantry-exclusive passive skills available to her. Steady Breath, Flashing Blade, Wrath, Special Spiral, and Time's Pulse are especially valuable tools for Special spamming builds, and having Null Follow-Up on top of all that is especially a boon with all the follow-up manipulation going around.

With her other unique PRF skill Glare, Nailah is one of the few non-healer units that can apply the Gravity effect on her enemies — an increasingly rare asset these days. Though it was a neat but unnecessary benefit at best on Nailah's first release (and it's not even a relevant Strength on her Bridal alt's page), its usefulness increases tenfold with the introduction of 【Canto (Rem. +1)】in Wolf Queen Fang's refinery update.

Generally, after Nailah successfully exits combat and applies Glare to adjacent enemy units, she can immediately exit out to safety with her remaining spaces while affected enemies struggle to reach her without a dancer. This works even better in conjunction with Galeforce: a successfully triggered Galeforce gives Nailah a second chance to sort out her remaining spaces, apply Glare yet again to another group of enemies, and potentially make a total retreat for a total of two or even THREE spaces back.

As an infantry beast unit, Nailah faces quite a few teambuilding and positioning limitations, her general disadvantage against greens aside. As is the case with all beast units, Nailah's general performance drops when untransformed — she particularly misses out on added Special damage and her null charge effects. This isn't much of an issue if you're skilled at positioning, especially if Nailah's fielded mainly with other beast or dragon units.

Nevertheless, this is a valid concern as anything can happen between turns, and Nailah won't always be in a position where she can cleanly transform away from non-beast/dragon allies. This can be a rather pronounced issue in Aether Raids where some Aether Keeps are arranged to keep your units crowded. Additionally, you're very likely to use other Mythic and normal units of all shapes and sizes, many of which are not beasts or dragons but are otherwise valuable to have (especially if they're ranged).

Even with the stat increases from Wolf Queen Fang, Nailah's not exactly winning rewards for full-on tanking, especially as more hard-hitting units and skills get introduced into the game. Her high-Speed myrmidon-esque statline is somewhat let down by an inability to run skills with Dodge (basically, reduces damage up for up to a max of 40% depending on how fast you are over the enemy), leaving her totally reliant on her raw bulk to take the brunt of attacks.

Without the ability to run damage reduction skills or specifically using defense-increasing skills, Nailah relies mainly on the healing effect of her weapon and Mystic Boost (if used) to keep herself alive if sustainability is your priority.

Ever pull a neutral from a banner before? I have with this awesome badass wolf-lady! I guess it is both a blessing and a curse. But there's a bigger issue that needs to be addressed: Nailah's poor survivability considering her status as a Distant Counter unit. Thankfully, we have some options!

Before we get into that, ideal Asset/Flaw. Personally, I'd go with a Spd Asset if I had the choice, as she gets +2 Atk when transforming outside of combat already, and 37 Spd at base is just not quite enough in my opinion. Thankfully, a couple Dragonflower boosts later, her Spd at base bumps up to 38, perfect for me to feel comfortable. Ideal Flaw would be either HP or Res, I would lean toward HP as she needs Res for reliable DC shenanigans. A Res Asset is a decent idea as it is a Superasset, going up to a somewhat-useful 27.

Obviously we use her Prf. No other options. Moving on.

I have Pivot on her and have yet to use it. I just figured something is better than nothing and I didn't have Reposition, Swap, or Shove/Smite, much better movement Assists for a gal like Nailah.

I chose to swap out Moonbow with Noontime. Thanks to her Prf's effect, it will deal +10 damage, thus providing some extra offensive potential, but that isn't calculated into the heal. Sure, she won't be as strong, and the heal isn't potent, but it is enough to keep her going a little longer.

We're going to blaze through her ABC's as quick as possible as there's not much to discuss:

A slot- Distant Counter. No brainer.

B slot- Null C-Disrupt is great, but if you want an alternative approach to improving Nailah's lifespan, Vantage might help if you can get her Atk high enough. Totally possible with Hone/Goad Beasts, some nearby allies to give her +6 to all of her stats, possible Atk Asset, etc. Though, you wouldn't be able to justify Noontime in this case, so stick with Moonbow if you plan to go that route. Null Follow-Up is a nice skill that is similar to Null C, but it instead shuts down guaranteed follow-ups, like from Brave Weapons, and Bold/Vengeful Fighter. It can save her life. Some people opt for Wrath here, to double up the Special damage boosting. Not a bad choice if you can heal her with somebody else, but otherwise, quite risky. I kept her base skill here, though I might switch it out with Guard at some point.

C slot- Glare is far more useful than it seems at first glance(heh... get it?). Though I will agree that it isn't necessary. Atk Smoke, a Tactic or Beast-exclusive buff, or even a Wave might do some good. Really depends on the team's needs.

Okay, so, seals. Nailah doesn't easily have enough Atk or Spd to make use of Heavy/Flashing Blade. Brazens are great if you want to use Vantage and Moonbow instead of my particular build, but they aren't as effective with a heal Spec. I opted for Distant Def to improve her merely decent bulk, especially as she is the only DC user on my Beast Team(at least, for now). Fierce Stance can work too, if you feel extra damage is needed.

So, there's the build. In a nutshell, only 1 skill truly needs replacing to keep her alive, either her Spec, or B slot(and maybe her C slot if you're feeling frisky!). She might not deal as much extra damage with Noontime, but she'll still cut through much of the competition regardless, and the sustain is just enough to prove quite viable. Long Live the Queen!

The goal behind this build is to allow Nailah to proc major AOE damage every time she engages in attack. If you use Ally Support to pair her with Velouria, her special is instantly charged at the start of Round 1. If not, the initial charge will require 2 strikes, but thereafter Special Spiral will prepare ensure it is ready to go every other engage. The extra special sauce of this build is that Nailah's +10 on special does indeed add to Growing Flame, and Savage Blow C really helps to top it off. Last but not least is the Quickened pulse seal to get things going.

She is extra amazing with a dancer or two, allowing you to decimate an entire area. Because she has really decent bulk, all those left hanging on by threads will likely die when they go to engage with her on enemy phase.

This is a really fun build that's definitely not cookie-cutter. It doesn't work in every situation (usually terrain issues). It definitely shines in Domains game mode.

This is a build that I made for Aether Raids. Since I constantly have her countering some problem units (looking at you, Wrazzle Dazzle users), I decided to swap out Moonbow in favor of Noontime so she can sustain herself a little better. DD seal is there to work with DC.

Pretty much her base kit, however her base kit is so strong its a bit silly to replace any of it.

atk/def bond may not seem like the best seal for her, and it probably isn't, I personally find it to be a strong option however. Nailah is a very strong unit and I enjoy using her a lot.

Pretty much her default set with Noontime instead of Moonbow. Noontime is chosen over Sol for its lower cooldown to combo well with her weapon skill. You're still doing 10 extra damage on your every special even with Noontime. The heal may seem insignificant but it helps a lot when you have to bait multiple enemies especially in Aether Raid where you'll have to bait and kill the ever-popular Veronica, Lyn, Eir, etc. Her spd and attk are pretty high when u position her near allies and +10 from her special will pretty much kill any offensive units. Just don't bait Reinhardt, Ophelia and other high-damage green. Finally for her C slot, Glare is very situational so atk smoke for a more consistent choice.