Can You Play Pokémon GO and Wizards Unite Together? 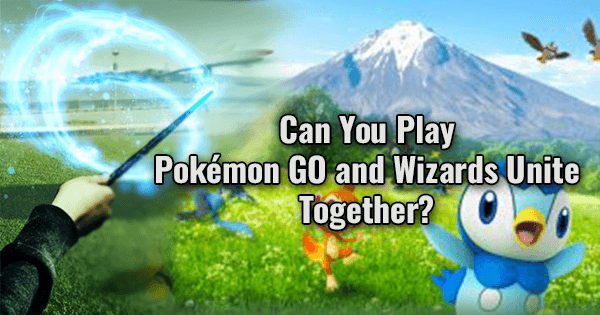 Niantic, Inc. released Pokémon GO in 2016, and claims to have learned a lot between then and now, with the release of Harry Potter: Wizards Unite on June 21st, 2019. Many aspiring wizards and witches have also dabbled in being Pokémon masters on the side, or vice versa since the release of the HPWU beta in May 2019. Many players have already been eagerly planning out routes and strategies to maximize efficiency when attempting to play both games at once - why not save time, right? But the question has been posed as to whether it’s useful (or even possible) to play both at the same time. Before we answer that, let’s look at some things the games have in common, and where they differ - what should someone who plays one game expect from the other?

In Pokémon GO, team play and collaboration is implemented in a relatively hands-off, indirect fashion with the three teams: Valor, Mystic, and Instinct. However, in Wizards Unite, there are both cosmetic and direct gameplay implementations for teams and group play. 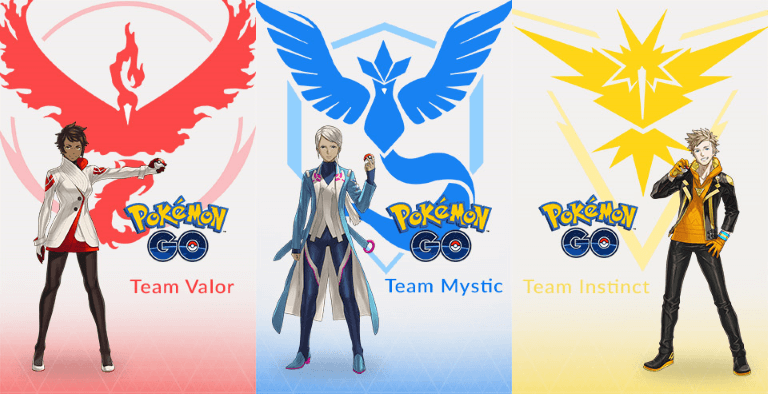 On launch, the biggest community opinion about the three-team system of PoGO was enjoying the feeling of camaraderie (or rivalry!) with your friends, since you were able to symbolically fight on the same team. Since then, however, there have only been a couple of updates, and the team system remains relatively under-utilized except in one or two places:

The biggest aspect of teaming up with other players is the turf war Pokemon Gym system. Each Gym is controlled by one team at a time, and members of each team can band together to attack or defend them. Being a member of the team controlling the Gym allows you to place a Pokemon there and gain extra PokeCoins over time, as well as earning extra rewards for spinning the disc above it.

Raids in PoGO take place at Gyms, and involve groups of players (independent of team) working together to take out a strong Pokemon, in exchange for the chance to catch it afterwards. Your team’s contribution to the overall damage dealt to the Pokemon affects how many chances you get to capture it, with even more bonuses available if your team controls the Gym where the Raid happens. As many of the highest-tier Pokemon in the game are only available through Raids, this makes the system very important, and consequently your team matters as well. 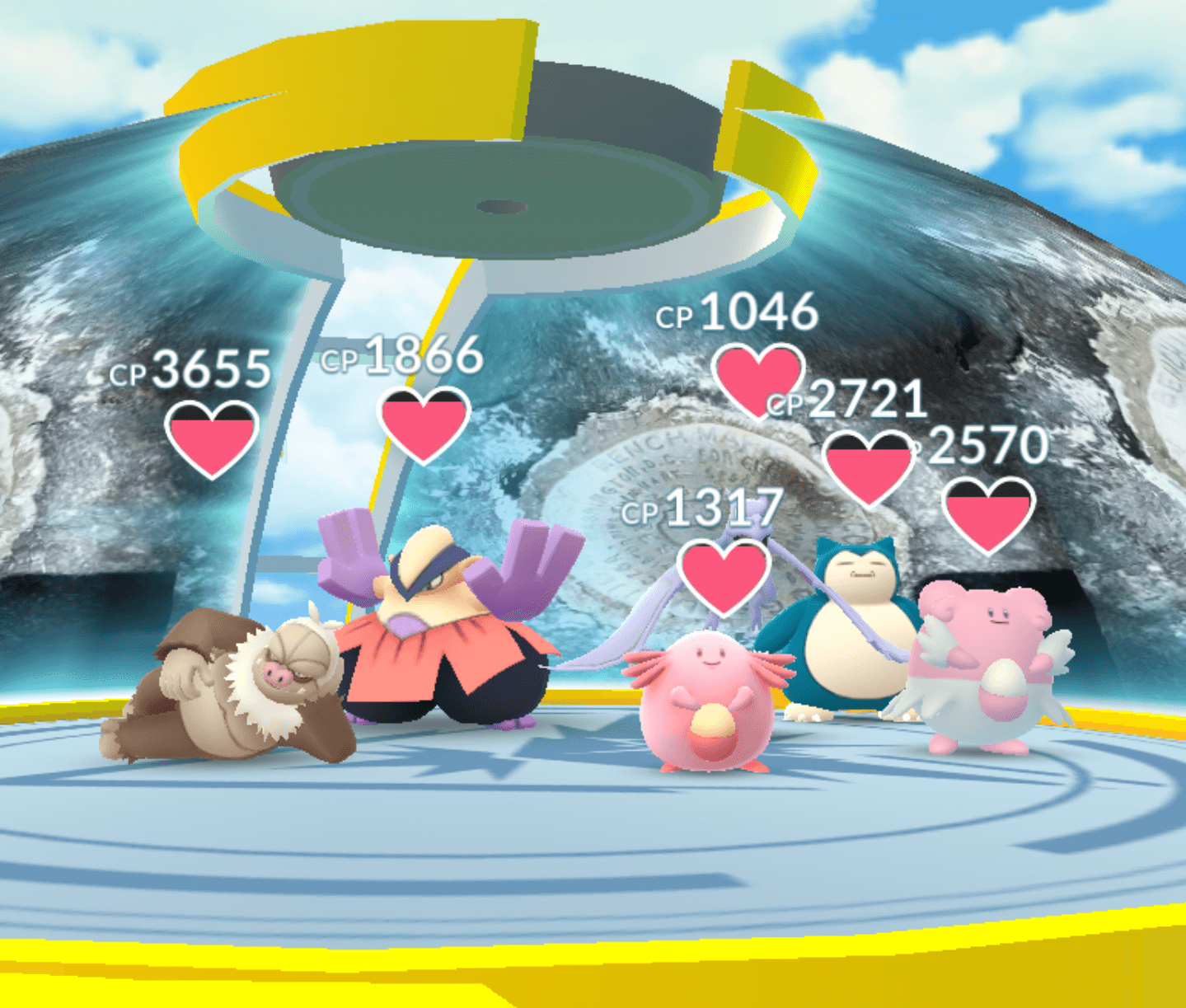 Another update in early 2019 added the Team Medallion, which can be bought once every 365 days for 1000 PokeCoins and allows players to change their team. This update introduced a little bit of a reset for anyone who started on one team and later regretted that decision, but otherwise didn’t really represent a big shift in the Team system.

Summary: What team you choose is only very slightly relevant, so go nuts. 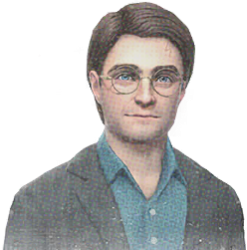 On the other hand, Wizards Unite has taken a more integrated, yet flexible approach to group play. Though as of now we haven’t had any news of content that reaches the scale of Raids, it’s definitely a possibility in the future - perhaps having many wizards and witches team up against a Dark Magic user? Regardless, even in the currently available content, WU has two separate areas where the idea of teams or teamwork comes in:

Your Hogwarts House is purely cosmetic (so far!) and can be freely changed at any time. Don’t let the Sorting Hat tie you down! Follow your dreams! You can choose from the standard options of Hufflepuff, Slytherin, Ravenclaw, and Gryffindor. Yes, I listed Hufflepuff first on purpose. This is a nice little touch that lets you freely show your affiliation of choice without tying you down in any way gameplay-wise.

The more active aspect of teamwork is present within the combat of Fortresses and Wizarding Challenges. There, you can team up with any nearby players without restriction to tackle the combat together. However, one important part of teaming up is balancing the classes (Auror, Professor, or Magizoologist) of the involved players. Even though this isn’t a classical (ha) ‘choose your team’ system, picking your class requires investment and can be costly to try and switch around. Therefore, you still have some thinking to do when you get ready to work with friends or other players. It’s by no means necessary to tailor your in-game progression purely towards that end, but diversifying your group’s classes and having a nice spread of offense, defense and support abilities helps provide consistency and stability.

Summary: The ‘team’ aspect of Hogwarts Houses is purely cosmetic and freely changeable. However, your personal class and skill build will affect how well you can team up with other players for group combat.

Both games use the same general UI for the Overworld Map: your character avatar moves around on the map as you do in the real world, and various encounters and interactable objects are strewn around. Sometimes there are collectibles, sometimes there are handy ingredients or resources, and sometimes you have to get ready for combat. However, the relatively simpler array of Overworld interactables from PoGO has been slightly expanded for Wizards Unite. 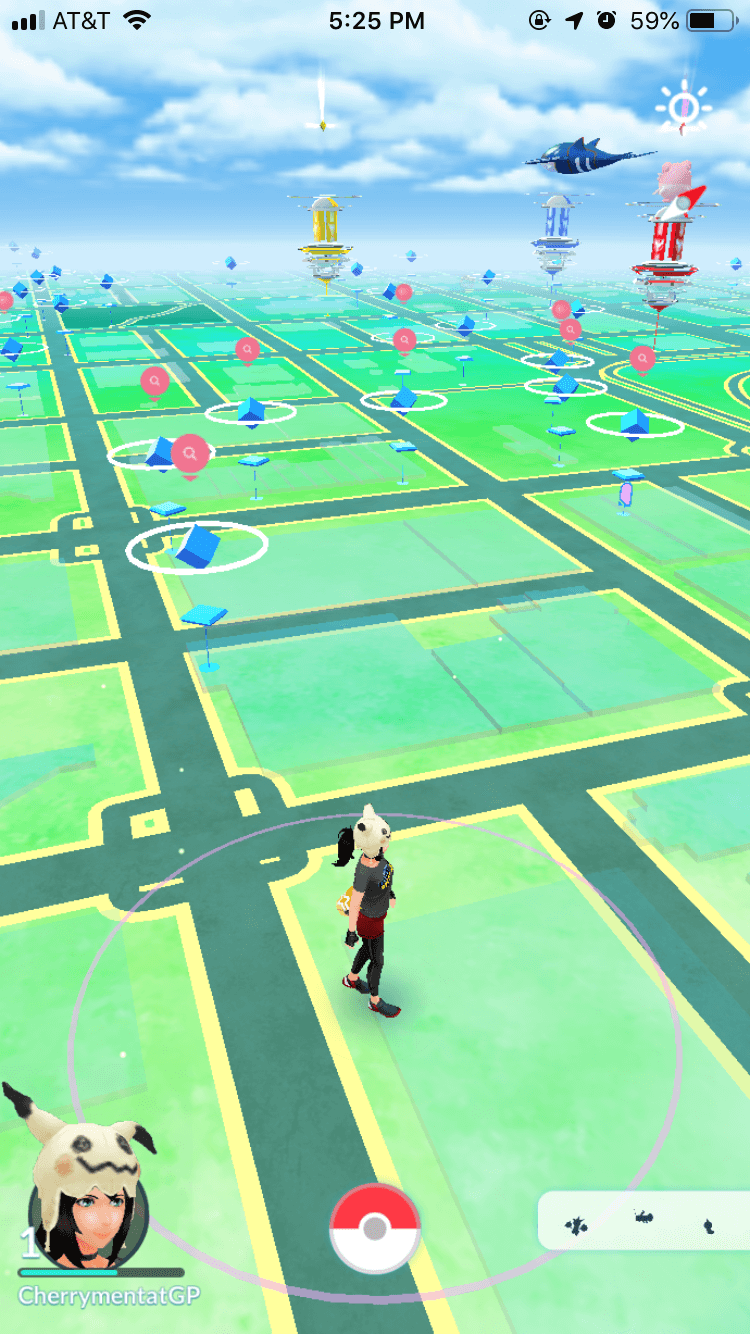 When PoGO originally launched in 2016, there wasn't a lot to do. You walked around to catch a relatively limited number of Pokémon, and you spun discs at Pokéstops to get Pokéballs with which to catch more Pokémon. Sometimes you also hatched eggs, and periodically you ran into a Gym and maybe got beat down by the inexplicably overpowered Pokémon that someone already put there before you found it. These days, even though the experience has broadened, the base part of the game is largely the same regarding what you can actually interact with on the map.

That's largely it - all Overworld interaction in PoGO happens with one of those three things. 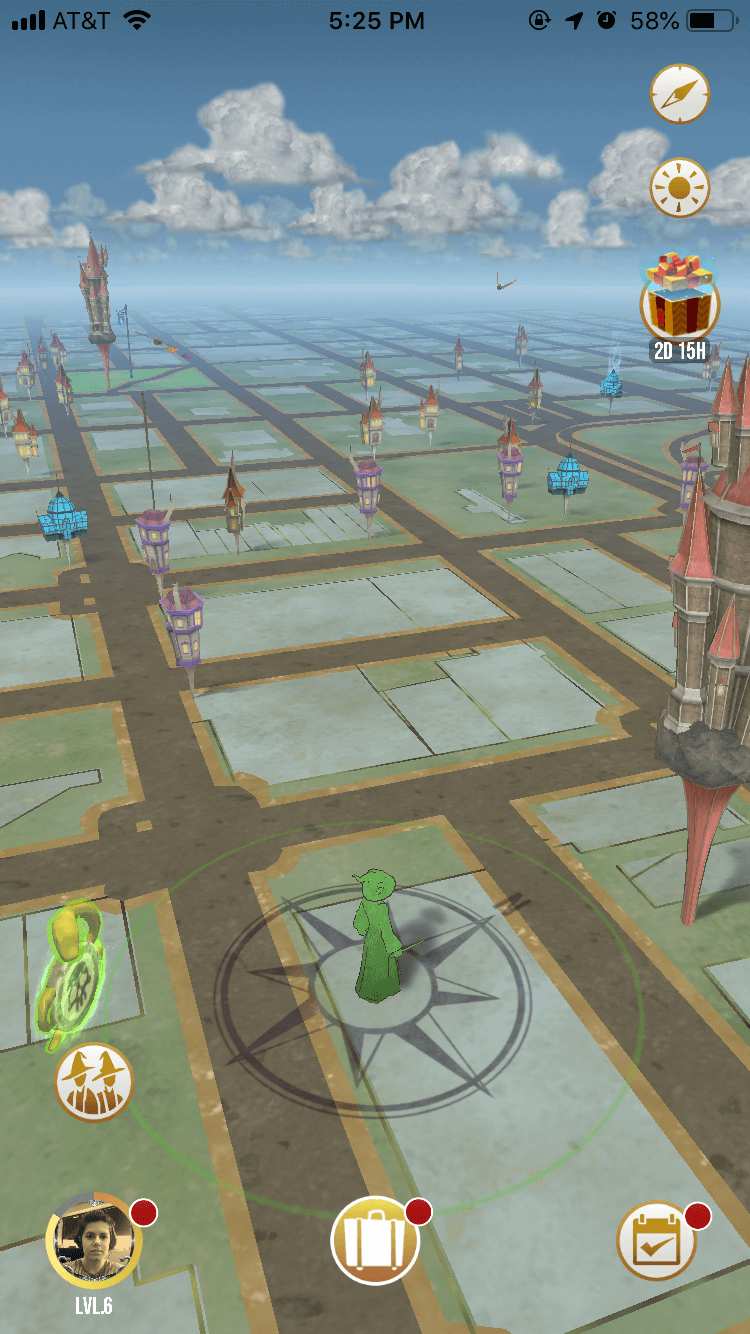 With the time between PoGO launching and the release of Wizards Unite, not to mention the improvements made in the interim, Niantic has clearly taken some feedback to heart about adding some variety to the basic play patterns on the Overworld. HPWU has quite a bit more that can be done and more things that can be interacted with from the map.

However, here the Overworld for HPWU diversifies a little bit compared to PoGO.

In Summary: While both games are largely similar in their execution of the Overworld Map system, there's a little more depth in Wizards Unite. However, it's a simple setup that should be easy for new wizards and witches to get used to, and veteran PoGO players should be able to pick it up at a glance thanks to the similarities between the two Overworlds.

Can You Play Both Together?

As soon as Wizards Unite was announced, many veteran Pokémon trainers immediately began puzzling out the best possible way to play both games at once for maximum efficiency. If you're going to walk around all day, you might as well get some two-for-one mileage, right? Here are some things you need to consider if you want to play both games together.

Is it possible at all?

How should I do it?

Through some tests run by GamePress, an important note was made.

Therefore, it seems that the best way to do things is to get all your Eggs lined up in PoGO, set whatever Pokémon you want Candy from as your Buddy, and boot up Wizards Unite for a day of walking around, casting Spells, and dispelling rogue magic and saving Foundables. Then, if you're in a dense area of the Overworld, collect everything you can in Wizards Unite, and pull up PoGO to collect everything from that Overworld. Sweep the area, then when you're ready, close PoGO to save battery and dust off your wand to head back into Wizards Unite and explore new frontiers!

Happy Wizarding to all the Pokémon Masters and new Wizards and Witches alike!

Harry Potter: Wizards Unite can be downloaded for Android and iOS.

For more resources and help with the game, check out some of our other guides below!