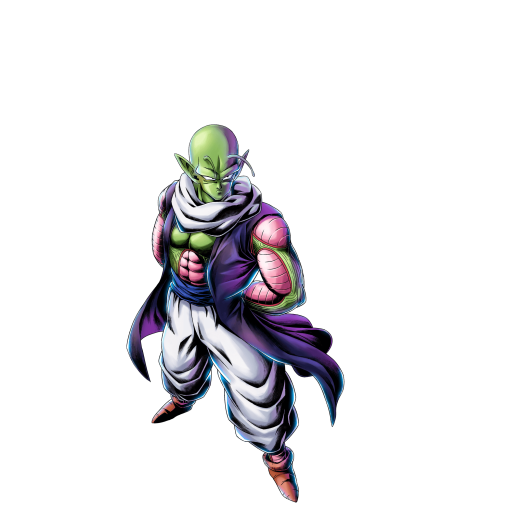 The Hero among heroes, HE Nail GRN has arrived! This heroic Fighter has a simple gameplan - significantly Buffing the Heroism of other Hero Fighters. Kidding aside, HE Nail GRN has carved out a niche for himself thanks to the incredible power of HE Shallot LGT's Super Saiyan 3 Transformation, whose already overwhelming, peerless Damage output gets pushed into hydrogen bomb levels of carnage with Nail on the scene.

As a Hero Fighter, his stats and combat offerings are far from perfect, in fact they're also far from decent, but on Shallot Teams, he can work as a flex core choice in the incredibly rare mono-Blue match-up. Hero Nail boasts very minor Crisis Utility, a Hero-Damage Buffing Main Ability, and a Hero-Buffing Z-Ability, clearly cementing his application on Hero Teams...all 1 of them.

HE Nail GRN's in-combat offerings may be negligible compared to what he provides from the bench, but he's not totally worthless in a scrap. His Toolkit is somewhat at odds with itself, as it gives him a Damage Buff for 45 Timer Counts from battle start and +20% Damage per fallen Ally.

On paper, these should give him the power to deal decent Damage in the Early and Late-game stages of a match, but his stats are simply too low to rely on. At the very least these Damage Buffs let him deal significant Damage to enemy Blue Fighters in fringe scenarios.

Nail's Main Ability and more importantly, his Z-Ability give Hero Allies insane Damage Buffs. The former gives a solid +50% Inflicted Damage Buff and the latter providing an astounding +100% Strike Damage Buff at 14 Stars. On Teams with Shallot, Nail's power as a bench-Supporter is almost worth the lack of Synergy provided to the other two, presumably non-Hero core members.

Save your Heroics for the Bench

While HE Nail GRN isn't dead weight in combat, he's not turning any heads. Frankly, his stats are too poor to let him see core use, even as a Shallot Support Fighter. Though he can, in fact, function as one, it is better to leave him on the bench.

HE Nail GRN wouldn't be worth discussing if not for HE Shallot LGT's rise to prominence. Shallot's power as an Offensive Pivot on Saiyan compositions is so great that it can be worthwhile to devote a bench slot to the underwhelming Hero Nail. It may not seem like a great use of a bench slot, but if Nail is limit broken, the massive Strike Damage he offers can make Shallot truly something to behold.

If you are adamant about using Nail in combat, this Equip's offerings to his Bulk and Damage are unrivaled. It is important to mention that Nail usage is for masochists only. This Equip does soften the blow somewhat, however.

Again, masochists only. If it is paramount that Nail sees combat, this Equip's massive Buff to Strike Damage is sure to let him actually contribute to his Team's overall Damage.

While this Equip does require a Yellow Ally to fully activate its effects, the Health it provides is so important to a failure of a Fighter like Nail that it must be used. If space can be found for a Yellow Fighter on the core alongside Nail and Shallot, this Equip can help Nail stay in the Fight long enough to activate his Main Ability.