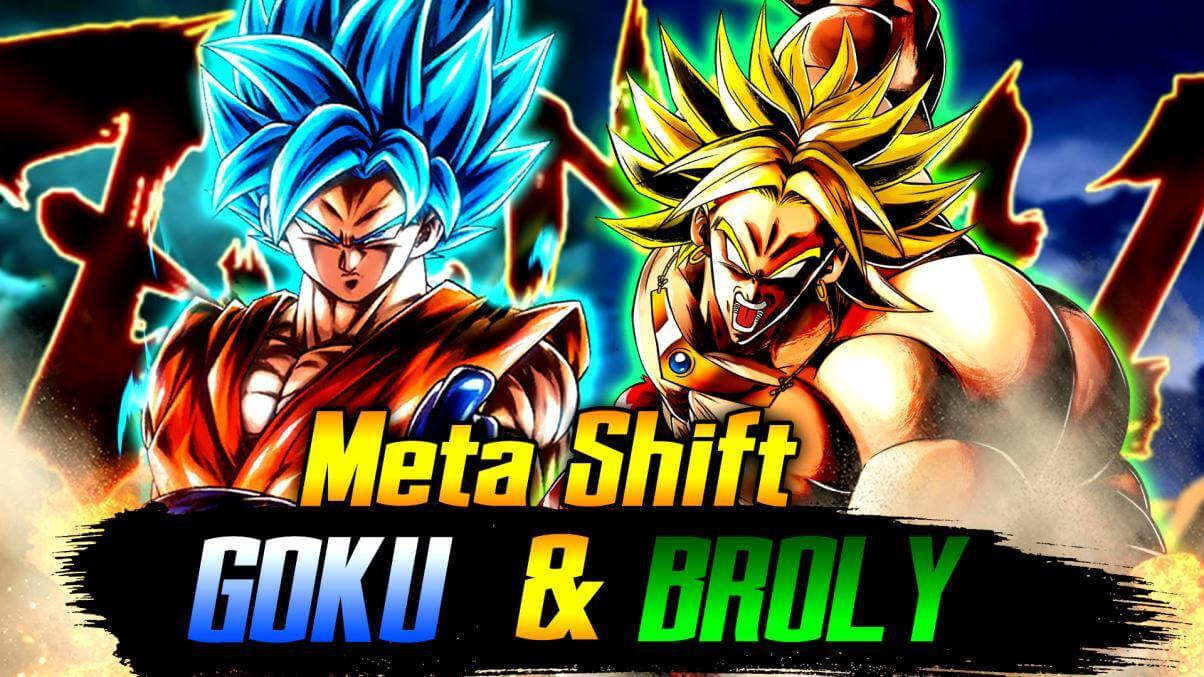 This week two characters got a Zenkai at the same time, namely SP SSB Goku BLU and SP LSSJ Broly GRN. The last time this happened, players were left a sour taste in their mouth, as SP SSJ2 Youth Gohan RED got a Zenkai.

However, something seems to have changed since then. While these Fighters certainly got much stronger than they were before, the Zenkai improvements toolkit wise don’t look as impressive as they were some months ago. We also saw this with SP Angry Goku BLU Z7, a character that many expected to be the strongest in the game by far, but since the upgrades he got weren’t as impressive as the ones Zenkais that came before him received, he even ended being below Z tier in value.

Without further ado, let’s see what these Fighters mean for the Meta.

SP SSB Goku BLU is an interesting addition to God Ki, mainly because he has to compete with the old Meta nightmare SP SSB Vegito BLU.

After SP Champa YEL and SP Vados GRN got added to the Team, God Ki became largely Blast based, which is unfortunate for a character whose Offensive value is dependent on Strike cards such as Vegito. This isn’t the case for Z7 SSB Goku since he’s primarily a Blast Damage - although he does well regardless of the card’s type -.

He’s a slow starter Offensively, but when he gets going in that sense he’s one of the most consistent Fighters in the Game since all of his Buffs can’t be cancelled. Durability wise it’s a no contest between him and Vegito, as he can benefit from Zenkai Stats, Damage Reduction in early Game, and a healing Extra Move. Lastly, he even provides Damage Buffs for the whole Team after landing a Strike or a Blast Card, so all in all he’s a complete Fighter that excels at some things, and makes God Ki a bit better.

Just a week ago, Sagas Warriors received a Green Fighter, namely Metal Cooler. He didn’t particularly change the state of the Team, but he’s still a good Offensive Fighter, so does SP LSSJ Broly GRN replace him already, or is he just an amazing Bench Buff for him?

The furious Saiyan doesn’t quite have the same Damage output as Metal Cooler. Even at the time of his release, Broly’s Offensive value was below average excluding his Special Move mechanic, and his Zenkai doesn’t change that. Sure he received a few additional Damage Buffs, but they don’t look impressive if contextualized in today’s Meta.

However, Broly definitely does better than Metal Cooler in terms of Tankiness, despite his Defensive value not changing that much after the Zenkai other than the stats upgrade.

To wrap it up, in a 1 vs 1 between the two comparison it comes down to what you prefer play style wise, but for Sagas Warriors at the moment SP Metal Cooler GRN is probably more useful, as Metal Cooler is an Offensive staple, the Team would feel too slow without him.

If you have Metal Cooler, Broly is probably better as a Bench Buff for your Sagas Warriors Team, thanks to his great Z-Ability combined to his new Zenkai Ability.

On the other hand, SP SSB Goku BLU is worth spending 7k cc for if you want to invest in your God Ki Team, as he’s probably the best Fighter available for the Team.