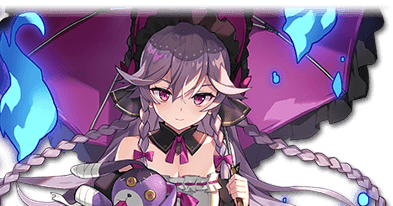 Sinful Angelica is incredibly simple to build but tough to execute upon. Players only have to keep in mind 2 goals:

1) To be fast enough to follow up with the initiator without being cut.

2) To have enough resistance to prevent her immortality from being stripped.

Any bulk that comes with her build would be appreciated.

Speed is mandatory as it gives the most value towards her goal of being a follow up buffer. Res as a secondary is perfect since it will boost her chances when fighting buff dispels. Not having a secondary set in order to tune speed is also acceptable.

As she is an aggressive buffer, players should explore ways to equip S. Angelica with the artifact that would be most helpful to the damage output of her team.

Super Duper Water Gun Shooter - A great example of a pure support artifact. Not only does it grant a small damage boost to her carries, the extra effectiveness could make the difference between landing or missing a Arbiter Vildred blind.

Midnight Bloom - is a more drastic version of a support artifact as it both enables players without perfect builds to round out their crit chance OR allow end game players to shave 16% crit chance off of their carries and funnel it towards Atk% or Cdmg%.

Prophetic Candlestick - is an okay budget option for newer players who might not have these limited artifacts. Having this is a good option for both PvP and PvE in the front spot a 1 activation allows S. Angelica to effortlessly chain her immortality. 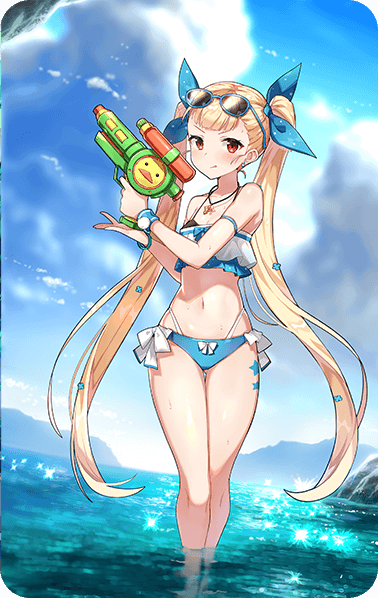 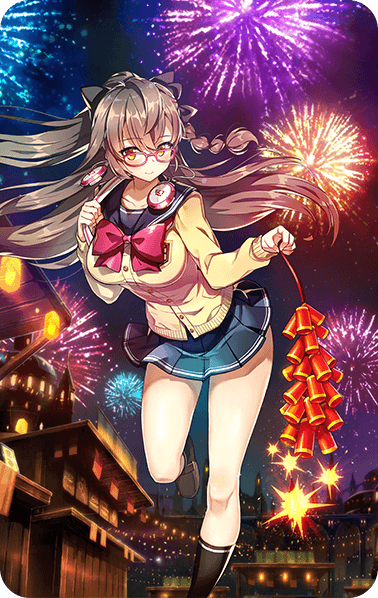 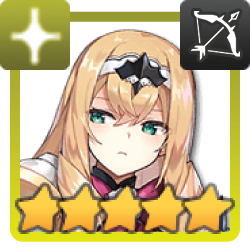 To understand a Sinful Angelica composition we need to look at the roles and who can fill them.

Initiators - are built to be the fastest on the team and have 2 jobs. Out speed the enemy team and boost the CR of the player. Some of the most notable Initiators are: Faithless Lidica, Rose, Shadow Rose, Judith, Righteous Thief Roozid.

Sinful Angelica - The lynch pin of this comp, speed tuned to be barely fast enough to go right after the CR boost from her initiator.

Primary DPS - is usually an AoE attacker that is speed tuned to follow up after S. Angelica or a secondary DPS like Challenger Dominiel. Each DPS picked will change the natural of the team and bring different elements against enemies. For example:
Vildred: +12 speed imprint at max, which gives the initiator an edge against faster enemies.
Kawerik: can be tuned to go before S. Angelica to reset cooldowns of pesky enemy defenders, then take another CR boost from Challenger Dominiel for his massive damage.
Briar Witch Iseria: has passively increased hit chance to completely offset Assassin Cartuja defenses, which have historically been very common during Arena rush hours.
Arbiter Vildred: has a revive passive that is not only useful on defense, but could provide a safety blanket of sorts to offensive teams looking to take some risks.

Secondary DPS - is generally specifically Challenger Dominiel. However, other hard hitting single target DPS could fill this role based on the heroes available to each player and the matchups players face.
Challenger Dominiel: is the most common pick not only because she can be boosted much further by Faithless Lidica, but also that her S3 can grant her allies an additional 20% CR which greatly helps chain turns together. Her massive single target damage potential with a soulburn has been the cherry on top of her skill set and cements her as a staple to most cleave compositions.
Watcher Schuri: brings to the table +10 speed on max imprint and a defense penetrating nuke in his S3, allowing him to act as more than competent of a clean up hitter. Carrying Sashe Ithanes will allows his team to chain turns together as enemies fall.
Remnant Violet: brings in survivability where he lacks in CR boost to help his teammates chain turns. He is a solid choice for this slot against fights where players are looking for a bit of a contingency plan and more damage over multiple turns.

Sinful Angelica is a 4* Dark Soul Weaver who generally used as an offensive support for content such as Arena Offense, Guild War Offense, and World Arena. She is considered one of the best offensive attack buffers due to her ability to grant others extinction through her passive Soul Harvest. This opens up opens up so many options for cleave teams as single turn attackers can ignore revives from Arbiter Vildred and don’t have to stress about 1 turn bursting Ruele of Light, allowing for players to opt for much more aggressive offenses against higher tiered meta opponents.

S. Angelica’s hallmark trait is that as long as she has casted her S3, Dark Salvation, enemies killed during will be inflicted with extinction and subsequently cannot be revived. This opens up the possibility of using cleave heroes that generally have higher damage but less utility and cleanup potential.

Attack and Speed Up

Other than having one of the strongest passives, S. Angelica’s support kit grants her team both Attack and Speed up. While Attack Up is an essential buff to aggressive teams, Speed Up alongside it is a welcome addition as it allows heroes to much more quickly lap the survivors while it also marginally boosts damage output of speed scaling DPS’s such as Kawerik and Vildred.

While her immortality buff is active, S. Angelica can pull her strongest attack ally with her S1 to dual strike. This is a very nice touch as it allows her to also act as a cleanup hitter.

As most of S. Angelica’s skills require her to have an immortality buff to be active, she becomes quite vulnerable to dispel attacks, especially from that of Basar, who can soul burn to ignore her resistances.

No Recourse Against Debuffs

As a soul weaver, S. Angelica’s most glaring weakness is that she offers nothing in the way of debuffs, especially against heroes who can counter her DPS heroes, such as a counter attack Dizzy, who can stun off of said counterattacks.

Generally soul weavers are on par with knights in terms of tankiness. In S. Angelica’s case, most of her stats went towards her resistance and speed, giving her very little survivability outside of her immortality. The saving grace here is that due to the aggressive nature of her skills, fights don’t usually last past her immortality expiring.