Community Posts with Keyword Kagero All 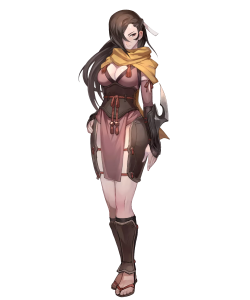 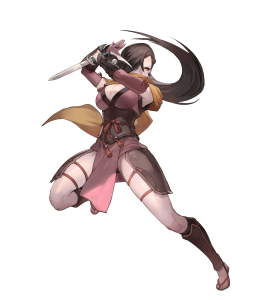 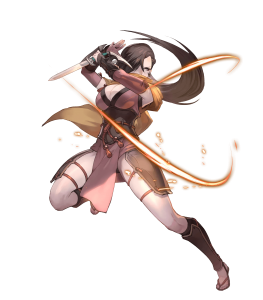 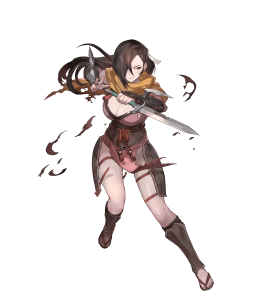 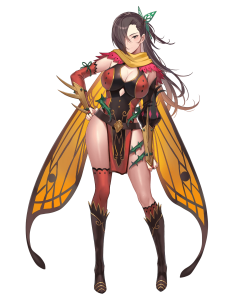 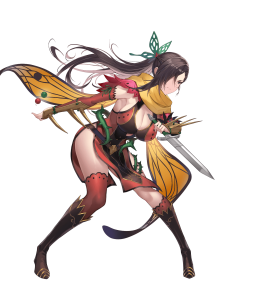 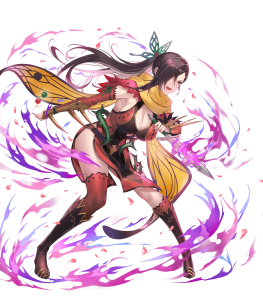 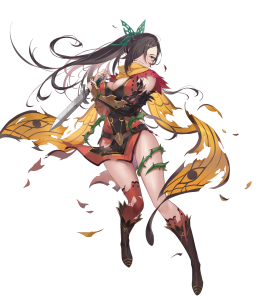 Her appropriately named Kagero’s Dart greatly alleviates the impact of her otherwise horrible overall bulk through an ample 50% damage reduction from her opponent’s first hit during the Player Phase. While this may not be as remarkable as it once was (especially given that her statline is rather dated), this remains a noteworthy boon in Kagero’s favor as it still helps in engaging in continued rounds of combat, combines interestingly with her low HP to enable Wings of Mercy strategies, and remains something normally inaccessible to ranged units — if nothing else, Kagero benefits from it for free as long as she initiates, so it’s ultimately pretty easy to exploit for actual usage.

As an added bonus, Kagero’s Dart also comes with a subtle +4/+4 Attack/Speed stat boost as its base effect; it is tied to a visible Attack check which makes it a little shaky at lower investment levels, but it’s nice to have when it comes to play and further augments her offensive potential. Pretty solid all around for one of the earliest available dagger units.

Kagero’s base Attack of 35 may not necessarily be the strongest around anymore, but it’s plenty solid to build upon to leverage her PRF’s base effect and for consistent damage output with the necessary investment (i.e. complementary boosts from allies, Dragonflowers, merges, her Resplendent, etc.).

The infantry class is notorious for its abundance of skills available, and Kagero is no exception among the many who appreciate this benefit. With access to powerful skills like Null Follow-Up, Sturdy Impact, and Special Spiral, Kagero has little issue in capitalizing on the base potential of her PRF and features commendable build flexibility as well.

The Honorable Ninja does require a fair amount of investment to keep pace with her contemporaries, but she is fortunate enough to be widely available in the current 3-4 ✰ pool in addition to have been in the game since launch. Thus, at least where merges and acquiring preferred IVs is concerned, Kagero is fairly forgiving in the extents one has to go through to actually accumulate this investment.

Her rather pitiful low defensive values mean that even with the 50% damage reduction from Kagero’s Dart, she’ll still be regularly taking considerable damage from enemy hits. While she can leverage this quality to shine within certain compositions (such as enabling Wings of Mercy), dealing with this for general gameplay where she’ll be expected to engage in subsequent rounds of combat may prove rather irksome. This also renders foes with Enemy Phase Brave effects particularly deadly as her PRF only protects her from their first hit, so such opponents can easily cleave through her remaining health.

This build is focused around Kagero's prf, which rewards having a high attack and provides DR. Moonbow is a standard special skill that's quick to charge, and punishes units who try and stack defense skills. Sturdy Impact synergizes with Kagero's Dart, as Kagero's DR only works on the enemy's first hit and SI prevents any QR user securing a second hit. Lull Atk/Spd and Atk/Spd Oath both stack with Kagero's Dart's buff to speed, as well as helping Kagero's Dart proc by buffing Kagero's visible attack and removing attack buffs on the enemy. Swift Sparrow caps off the atk/spd buffs for an effective total of +19 atk/ +16 spd on initiation.

This build is designed for AR-D teams, with AI manipulation in mind. Kagero is an ideal candidate, as her refine lets her safely initiate a fight and be used as a WoM anchor.

In order for WoM to work, Kagero needs a reliable way to reduce her health without dying. Fury's recoil damage is the ideal choice, as it not only chips away a quarter of Kagero's base HP but it also helps her prf to proc and give her extra atk/spd.

Kagero's prf gives her amazing survivability, but it makes her vulnerable to units that have guaranteed follow-ups. With no room for an impact skill, NFU is used instead so any follow-ups are due to a speed check. An ally with SI is recommended for skill coverage.

Due to some wizardry behind the scenes, Kagero needs to have a skill that gives her the "debuffer" or "afflictor" status so that her attacks have priority. Her weapon doesn't apply, I have no idea why daggers don't apply but here we are. The wizards at IS are strange people. Instead, Kagero uses Panic Smoke to give her the afflictor status - letting her attack first and set off a WoM chain.

Swift Sparrow rounds out Kagero's kit by topping off her attack and helping keep her speed at competitive levels - 47 speed, 54 with merges/flowers.

This is my max investment Kagero build. She's +10, summoner-supported, and is dragon-flower maxed.
She hits like a truck and has a nifty 12 true damage per hit bonus if she has 7 more speed than her opponent because of the flashing blade ducks combo.
She is also considerably healthy and can take hits rather well, just make sure you keep her away from any bold-fighter armors.
Since Desperation and Brazen atk/spd are around the same range at 33hp, she doesn't need to take too much damage to get her power spike. When she hits this range she gets a constant +7 to her offensive stats and can attack with counterattack if she kills and she will.
If Kagero doubles then she is able to get 2 attacks off and proc her special on one of these attacks(Watch out for guard). If you're facing tankier enemies feel free to swap Glimmer for Moonbow for better defense shred.
You're C slot is honestly up to you. I use Spd smoke to hit doubles more consistently on the power-crept spd demons that I.S is chucking at Genealogy.

(Stats with +1 merge, without any equipment) (I was not able to put “sturdy impact” in slot A, it’s a better choice IMO, so if you want to try) Slots B and C are flexible, also the special skill, not a very accessible build, but a good one (If you put sturdy impact as slot A, you can put Study blow 2, as sacred seal)

First off her weapon is what makes her awesome, because it does bonus damage to infantry units which at least at this point in the game is at least 50% of units in the game are that. So the chances of running into one are really good. Just keep in mind that if you run into Robin (M) or Cecilia and armor units stay away! Those are three of Kagero&#039;s biggest threats but outside of that she can also hold her own against cavalry and flier units as well.

As for her A Passive I chose to run Life and Death 3, a very expensive ability and LoD2 could work just as fine. I have her set up as a glass cannon of sorts, try and do as much damage in one go, you could go Death Blow 3 but i prefer to have the extra 5 SPD and having the extra DEF and RES isn&#039;t going to help her in the long run. for other options Fury 3 can work especially if you are running Desperation 3.

The only one skill that should be on her is Desperation 3, the fact that she is a glass cannon unit you need to make sure that she can kill a unit every time she attacks.

For her C Slot it can vary, Threaten Spd, and Def are the two best IMO. However Hone abilities like ATK, SPD or DEF can also work to support other allies. And if you want to be a little different Savage Blow could be fun as well.

As for her support skill I recommend Ardent Sacrifice if she has a bane or neutral HP stat but if she has a boon in HP maybe Reciprocal Aid, this is to ensure she gets to the Desperation threshold.

The final skill I have yet to mention is the Special ability which can be a variety of but the best one would be Moonbow due to its low charge time but if you have a +SPD and LoD3 with a Quickened pulse seal you could run luna instead. 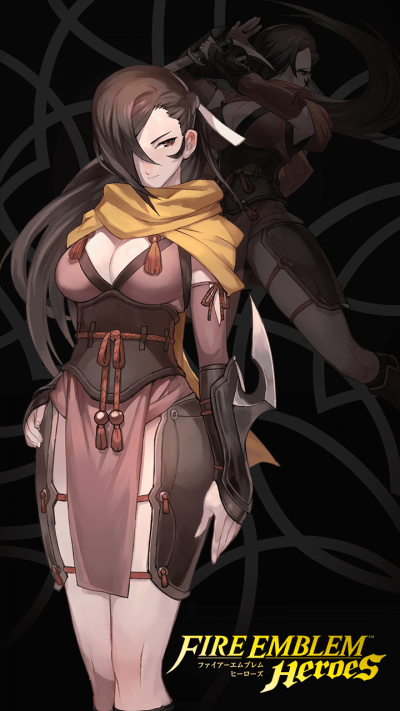