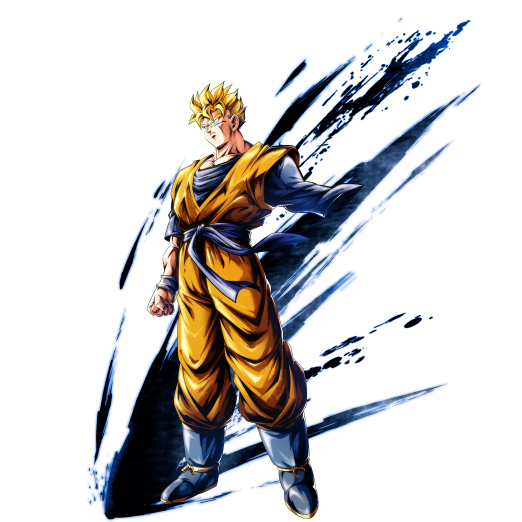 SP LL Future Gohan YEL is the first Legends Limited Fighter released in 2021 and the first iteration of Future Gohan that only has one arm in Dragon Ball mobile games. This Fighter seeks to help out the Hybrid Saiyan and Future Tag in PvP by being a jack-of-all-trades Fighter that isn’t a master at anything but does everything you’d want from a Fighter.

As mentioned before, SP LL Future Gohan YEL is a jack-of-all-trades Fighter and with that, he has excellent support capabilities. When he enters the battlefield he gives his allies a 25% Damage Boost for 15 timer counts. He also provides a 30% Damage Inflicted boost when he gets attacked by an enemy.

The Saviour Of The Future

SP LL Future Gohan YEL can dish out incredible amounts of Damage. This is due to him receiving his Support while also giving himself 45% Damage Inflicted when he enters the battlefield. This, alongside +1 Card Draw Speed, makes him a formidable Damage dealer in the PvP metagame. He can also tear through opposing RED Fighters if one of your Fighters dies which is situational, but also quite useful.

His Ultimate Arts: Explosion Dance is incredibly powerful due to the 40% Ultimate Damage it gets on activation and gets stronger if your hp is below 50%. This move can turn the tide of battle in your favor if used at the right time.

Disruption From The Future

SP LL Future Gohan has a  great cover change, he nullifies enemy Blast Arts and randomly destroys 2 enemy cards. If timed well, you can stop an enemy Fighters’ combo even if you miss the Blast Arts Cover Change.

His cover change is a little different from the ones we’ve seen in the game recently. It can't chain with other Arts Cards but if your opponent has no vanish and you do successfully land the cover change then they won’t have enough time to swap out and dodge, which will allow you to initiate a combo against them.

SP LL Future Gohan has Endurance, which is still a good mechanic to have even though there are a lot of Fighters that can nullify it in the current meta. Players still have to play around it and you can use his endurance in some situations that will get you out of a pinch.

He has a 30% Damage reduction after an enemy attack is over (activates once) and he gets another 30% from his Special Arts: Final Will to Fight. His card disruption also adds to his survivability if used properly.

As we all know, Legends Limited Fighters are incredibly difficult to pull due to their 0.5% rate on Step-Up Banners. Due to this, it’s difficult for players to get them at a sufficient amount of stars to where they can compete against Zenkai Fighters.

SP LL Future Gohan YEL’s base stats are very low when he’s at 2-3 stars which hurts him a lot as this is where most players will have him at.

SP LL Future Gohan has replaced SP Rage Trunks YEL as the primary Yellow Fighter for the Future Tag. He synergizes well with SP Perfect Form Cell RED as both Fighters can halt the opponent’s Rising Rush quite easily. He has made the Future team better by providing support to his allies and different forms of utility.

A must-have Equipment boosting Gohan's HP as well as his Ultimate Damage.

Awakened Just you wait, Androids! No. 1

A Strike Attack roll is ideal here, providing Gohan with a significant Base Strike Buff.

Most notably, he's right alongside insane units like SP SSJ Youth Gohan PUR and SP SSJ2 Gohan RED. His Endurance and Support are absolutely invaluable for these two, and Gohan more than holds his own on the field himself. Hybrid Saiyans have been (almost inexplicably) getting a multitude of additions and buffs, and Future Gohan has benefitted from them all. Due to being such a vital part of the best team in the game, he deserves Z Tier for this update.