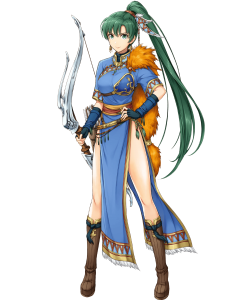 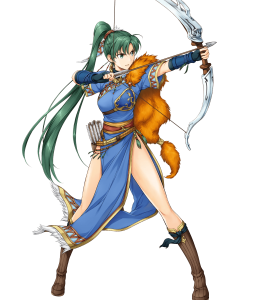 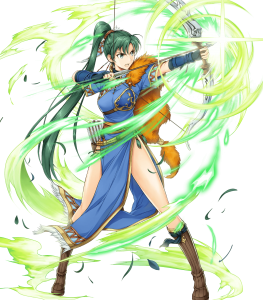 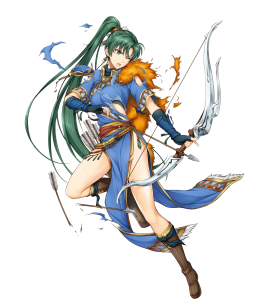 While Brave Lyn was a highly oppressive unit when she was first released due to her strong offenses, high mobility, and Sacae’s Blessing, she’s fallen from grace recently due to overall stat inflation (such as armored units tending to have incredibly high Defense stats). The CYL 1 refines gave Brave Ike, Lucina, and Roy a much-needed boost, but Brave Lyn’s refined Mulagir feels fairly lackluster in comparison. However, this doesn’t mean that she’s not able to keep up with them, since she was arguably in a decent spot already before the refines.

Brave Lyn is most notable for her decent offensive spread and cavalry mobility, enabling her to equip a Firesweep Bow and be a strong and safe offensive threat. Her access to Sacae’s Blessing allows her to extend this safety to other weapons like Mulagir or Brave Bow, giving her a strong niche to set her apart from the other archers. Mulagir’s refine makes Brave Lyn a bit stronger in general, but the most pronounced effect of it is that it makes her a much better unit to use in Aether Raids.

Overall, Brave Lyn is nowhere near the powerhouse she was on her initial release, but she is still a strong unit when placed in the right scenarios. She benefits greatly from team support and is fully capable of serving as a potent offensive threat.

While base Mulagir is rather underwhelming, the refined version gives Brave Lyn some fantastic tools in the form of Dull Ranged and strong stat boosts if she has more Speed than her opponent.

Brave Lyn’s unique B skill gives her a fantastic safety net when dealing with sword/lance/axe units with Distant Counter by negating their counterattacks.

Being a cavalry unit is important for Brave Lyn, as it gives her excellent mobility and reach as a ranged unit. It also gives her access to class-specific buffs like Hone Cavalry and allows her to maintain access to the Lull debuff skills (unlike fliers).

One of Brave Lyn’s main methods of surviving combat is through negating enemy counterattacks with either a Firesweep Bow or Sacae’s Blessing; however, these are foiled by units running Null C-Disrupt, causing those units to be huge threats to Brave Lyn’s survivability. 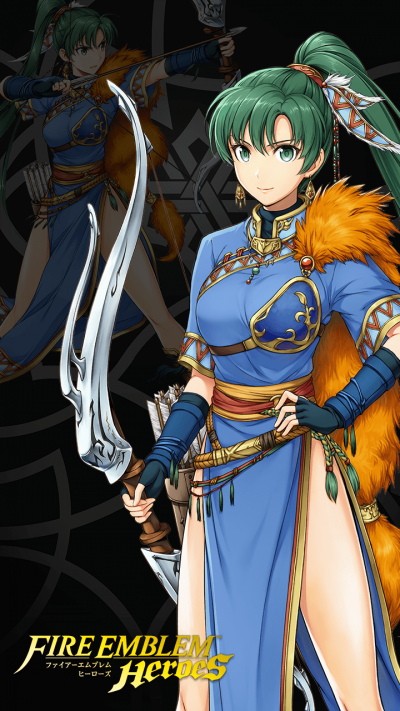