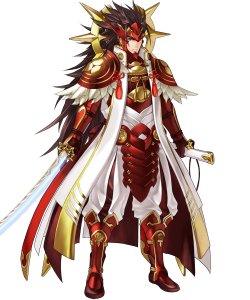 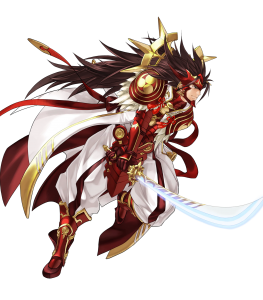 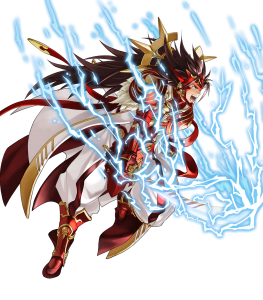 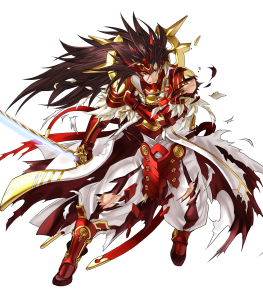 Passive A: Life and Death / Swift Sparrow / Other Atk/Spd skills

Legendary Ryoma debuted as an alright Legendary unit with an alright unique B slot in Bushido, which originally provided a flat +10 damage whenever Ryoma activated his Special. While powerful, it was underwhelmingly so, compared to the plethora of gamebreaking options that other Legendary and Mythic heroes received.

In the same update as Ryoma's legendary remix, his weapon, Raijinto, also got refined with suspiciously perfect timing. It used to be just a sufficient weapon, originally granting only an innate form of Distant Counter. This, granted, was good but clashed with Ryoma's traits, those being generally bad skill access (typical for fliers) and an offensively specialized stat line.

Come its refinery update along with Bushido II's incredible bundle of improvements, refined Raijinto definitely picks up more than enough slack in the stacked effects department. In addition to Distant Counter, it comes with:

A Speed stat of 39 has aged pretty well three years after Ryoma's debut, and with further enhancements from Raijinto and other skills, helps the flying samurai to win out a lot of Speed comparisons naturally. 34 Attack is still pretty good, and Bushido II helps fill in damage gaps if there are any. The same can be said of his mostly survivable defensive stats, assuming Bushido II's Dodge effect is active.

Bushido II and Raijinto neutralize a lot of flier class weaknesses and inheritance issues, which basically leaves only the pretty big perks of being one. Specifically, Ryoma has relatively superior movement choices compared to other movement types, and he gains access to the Rein skill line — of which he already eats well for free with his default Atk/Spd Rein. Additionally, he benefits from class-specific buffs; it's recommended, in particular, to stack skills like Ward Fliers and Goad Fliers on support allies (especially Mythics like Peony, Altina, and Plumeria) in serious competitive settings.

Ryoma's main great selling point is that he can basically be run as a sword infantry unit with arguably more perks built-in. There's a problem with that though: he has to get in line with multitudes of other sword units with very similar statlines and playstyles before being considered worth playing with. Notably, his base stats fall slightly below modern-day choices such as Fallen Ike, Mareeta, and Kris, all of whom also have other differentiating perks of their own such as penalty reversion, cooldown reduction, and penalty negation, respectively.

As is the case with most units using Dodge skills, Ryoma's damage reduction coming from Bushido II can only cushion so much damage, especially considering his base defenses aren't the best. Just about any speedy unit that somehow wins the Speed comparison will also be hitting Ryoma for full damage, and with defenses of 28/20, he is most certainly not going to like that one bit.

Generally speaking, it is therefore not advised to play it carelessly against strong blue enemies or units with effectively high Speed in combat unless you're sure Ryoma comes out of it with certain health.

Ryoma's usage can be somewhat constrained as he's basically soft-locked to Water season. If it's not Water season, he stops benefitting from Mythic blessings in Aether Raids and can't improve Arena scoring with other Water-blessed heroes.

(Well, actually, he'd appreciate stuff like Time's Pulse and Flashing Blade sometimes, but that's mostly neither here nor there with what he already has)