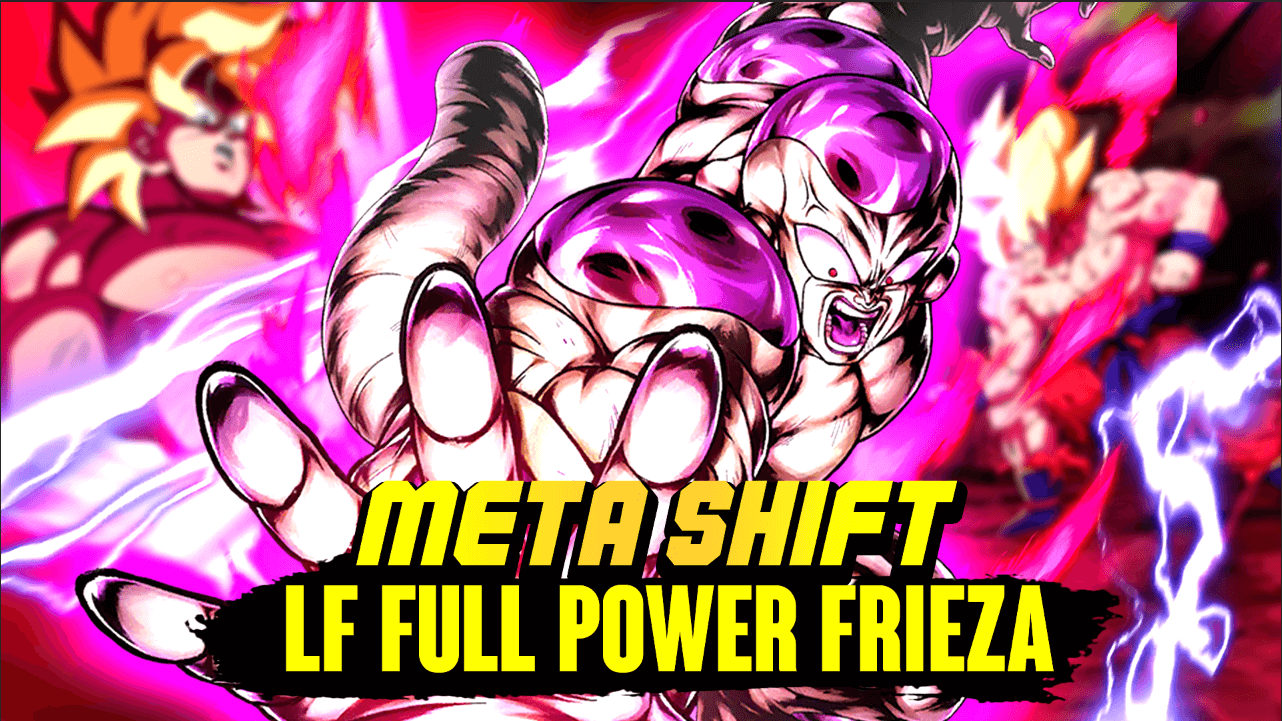 The pinnacle of the Lineage of Evil is here... and it was about time! In fact, his family lacked a new release for a very long time ( ever since DBS Frieza, from the Step Up released last Christmas ). This is also the second LF Frieza to be released, and while the first one was more fitting of its "rarity" since he actually ended up victorious canonically, the Frieza that fought Super Saiyan Goku is surely deserving of a special variant in-game as well.

So, what is Frieza's kit about? Well, it would be easier to highlight what it's not about. In fact, Unique Abilities wise, has everything covered: his Damage Buff are quite decent and scale really well into late game thanks to Crisis, Arts Draw Speed increases his Offensive potential and makes him good at stalling, permanent Anti-Endurance makes him a strong answer to the obnoxious SP SSJ Gohan YEL, he has multiple Damage Reduction Effects, he can benefit from versatile and strong Extra/Special/Ultimate Moves, and he even somewhat Supports his allies. So, is Frieza the perfect Fighter? Sadly not, and it's mainly because of his 3* stats, which are definitely on the low side compared to the rest of the Meta, which is unfortunately the case for any LF Fighter that doesn't Transform.

At 6*,  of course things get bettter for him, but the real big difference that can be felt about him when he's starred up like that ( and even higher preferably ) is how much the additional Defense benefits him. In fact, while Frieza is decent right off the bat, he's definitely a Fighter who is supposed to last into mid-late Game and thrive thanks to the additional Buffs he gets at that point. At low stars, this is just not sustainable for him, since he's just flat out fragile despite the Damage Reduction. While he's not a Tank by any means at 6*, he gets noticeably better in that sense, and that makes him considerably more viable. Still, the fact his initial Buffs aren't exactly high could make his Offensive contribution really wonky early on, and his Ultimate Move isn't on the same level as most other new LFs' either, so the presence of a good Support alongside him is almost essential to make him an all around great Fighter. It's also worth considering that if those conditions are respected, his AoE special Move really becomes a decisive tool, which can knock a whole Team out if it connects with a fragile Purple ( looking at you, LF SP SSJ Gohan PUR ).

It's really hard to look at the rest of the Game and find a kit that's decisively better than Frieza's, and the fact he's still not spectacular despite that makes one thing many players already knew even clearer: new LFs can't dominate the Meta without Transforming stats.

Lineage of Evil is the Team where Frieza fits best, for the simple reason here he can be paired with a very strong Support that greatly magnifies his  strengths, namely SP FF Cooler BLU. The Team is just very Offensive, with the combination of LF Frieza and DBS Frieza being the most fitting alongside Cooler, since their cumulative Blast based potential is pretty great, and make Lineage of Evil a Team that can hang around with most other Teams when it's a matter of doing Damage. Even the old 1st Form Frieza LF can still be useful, since his Supportive Effects can be really strong if combined with Cooler's, however since he can't do anything other than that well at this point, it's more of a high risk-high reward pick. Lineage of Evil's glaring issue is the lack of Defense, all the units on this Team just vaporize on touch, and while this can be alleviated by using SP Metal Cooler RED Z7, that generates other issues since DBS Frieza is pretty important for the Team and he's also Red.

Frieza Force is very similar to Lineage of Evil, with the exception that it lacks a Green ( Lineage of Evil can benefit from SP Metal Cooler GRN which is pretty good ), and with EX 1st Form Frieza replacing FF Cooler, which is basically a 1:1 replacement since Frieza also Support his Teammates pretty well and does nice Damage. As a result, Frieza Force has basically the same strengths and weaknesses as Lineage of Evil.

Powerful Opponent is, as always, difficult to talk about. On one hand, the Team is very lackluster when its LFs are at low stars, since the lack of a clear Support just makes them feel bad to use for the most part ( LF Kid Buu is the only exception, he's that good ), but if you happen to be a high spender ( only way to get all the LFs 6* ), then the Team feels pretty good all around. Boujack's Tankiness enables the likes of Frieza, LF Goku Black, Kid Buu ( but it's not foolproof, Boujack alone is not enough to cover the Team in very disadvantageous situations ), making Powerful Opponent a mix of Fighters that can affect Matches on their own thanks to their great and versatile base kits. The Team was lacking a Yellow, since SP SSJ Broly YEL has always been meh, and  Z7 SP DK Piccolo YEL doesn't Buff the Team, so Frieza is just what PO needed to take another little step, which will be meaningful if it gets a strong Support that can make this Team's Fighters hit their Offensive ceiling.