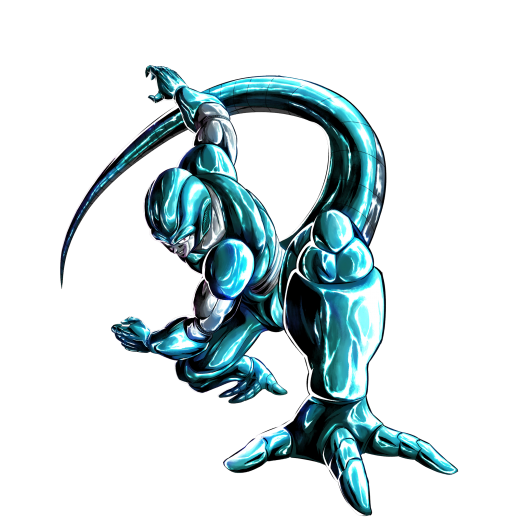 As a callback to his regenerative abilities in Dragon Ball Z: The Return of Cooler, this Fighter is the first Coora variant with the Regeneration Tag.

As he has aged, this Fighter has proven to be a decently strong versatile option for the Lineage of Evil Tag, though he lacks direction design-wise. He's a Defensive Fighter with little in the way of Defensive Utility, aside from some Arts Cost Debuffs he inflicts upon his foes as they Combo him relentlessly.

Cooler's abilities to Heal and perform as an Offensive Pivot are what keep him somewhat relevant as a flex choice on his Tags. While his spot on Lineage of Evil Red has been somewhat co-opted by SP FF Frieza RED, he is still an excellent backup option. He might not be as strong as he used to be, but he should not be underestimated.

Going up against SP Metal Coora RED is like trying to run through quicksand; every time he’s switched in, his foe loses an Arts Card, and each time he's hit by a Strike or Blast Arts, he increases that Card type's cost by 3 for 15 Timer Counts. This is where his Defensive utility is derived from.

Cooler's Extra Arts Card allows him to begin a Combo and destroy the entire hand of his target, which can be devastating if it's able to disrupt important pieces of the enemy game-plan. Even Cooler Special Arts contributes to his disruption, as it reduces Ki by a massive 70 on hit.

None of Cooler's Teams, aside from Regeneration, possess a Healer as reliable as the metallic tyrant. Cooler's Main Ability cures his entire Team by 20% of their maximum Health, and can eliminate problematic Attribute Downgrades and Abnormal Conditions.

Cooler's limited but decent Damage lets him dish out punishment against enemy Yellow Fighters. He can fill the role of an Offensive Pivot, but he's far from the best machine for the job.

SP Metal Coora RED is a Defensive Fighter, but the majority of is toolkit is focused on Enemy Combat Debuffs.

This combined with average Defense stats and a self-Heal that only restores 5% makes him a little less impressive than he first appeared. He can still get the job done, but is not a stalwart Tank.

Against foes that are immune to his Debuffs, he's completely defenseless and relies on his Allies to safeguard him.

He only Buffs Blast Defense for Lineage of Evil initially, then Buffs Sagas Fighters Blast Defense when limit broken to 6 stars. Both of these Teams have a wealth of dual Z-Abilities and tend to be Offensive as well, making SP Metal Cooler RED hard to justify a bench slot for.

He's been replaced by SP FF Frieza RED, but despite that, recent additions to this Tag give him some additional viability.

The incredible Support provided by SP 1st Form Frieza PUR makes Metal Cooler into a much better Offensive Pivot, and the steady stream of Special Arts Cards possessed by this Team increases the liklihood of Cooler landing his fantastic Ki-reducing Special Move.

Aside from his Z-Ability, SP Metal Coora RED doesn’t give or gain anything from this Team, and has essentially been fully replaced by SP Super Janemba RED.

At least 1 HP Equipment is required for all Fighters, in addition, this Equip provides Cooler with a Pure Defense Buff along with it.

An ideal Equip, providing a Pure Buff as well as a double Base Strike Defense Buff.

A great Equip for Cooler, however a Green or Purple Fighter is required for the final slot to activate. Therefore, if he cannot be paired with these colours, another Equip such as Awakened No way... No. １ can be used here instead, doubling up on his Defensive capabilities through another HP Equip.