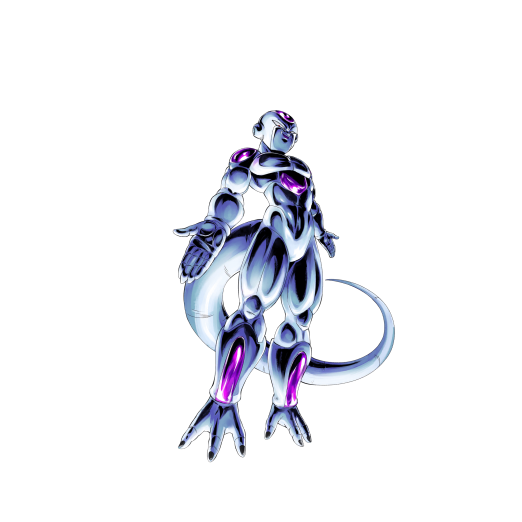 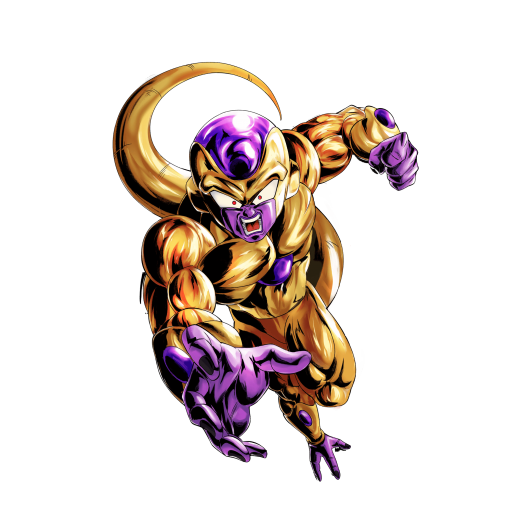 This gilded Frieza variant brings powerful Support and anti-Saiyan abilities to the table. With a shining Transformation and high Strike Damage at every point of the match, this version of the universal emperor and his cadre of peers and minions alike make their mark on the Meta.

SP FP Frieza RED is Transforming Fighter, and his Transformation gives him a hefty stat Boost as well as an amplification to his Unique Abilities. His already high Damage hits a devastating crescendo when it's used.

Frieza's focused on making the lives of Saiyans a living hell, especially his nemesis, Goku, who his kit is specifically designed to conquer. While he's certain to fall off at the end of a match, this Frieza offers incredible mid-game dominance, peerless when he's at his best.

SP Final Form Frieza RED is a monstrous Saiyan Counter and Support Fighter - he enables his Frieza Force and Lineage of Evil Allies to deal +20% Strike Damage for 15 Timer Counts, as well as dominate enemy Saiyans with a +20% Inflicted Damage Buff against the Tag for the same amount of time when he switches to standby.

SP Final Form Frieza RED is capable of absolutely incredible Damage after he takes on his Golden Form. Whenever he enters combat with Lineage of Evil or Frieza Force Allies in this state, he gets +50% Strike Damage and +30% Ki Recovery for 20 Timer Counts.

That length of Time is significant, as it's possible to stack these Buffs with themselves once. He additionally gets +15% Damage Inflicted whenever he is faced with his nemesis, Goku, and deals +30% Damage to Goku Fighters as long as his Golden form is maintained.

While these abilities are very situational, Frieza deals excellent Damage to non-Goku Fighters as well. With his Main Ability, Frieza can boost his Damage by +25% for 20 Timer Counts and lower his Strike Arts Cost by 5. This Ability even draws a Special Arts Card, which inflicts Heavy Bleed and Buffs its own Damage by +25% upon activation.

In the right circumstances, SP Final Form Frieza RED can utterly dominate his foes with his deadly Strike Arts Combos and Special Moves.

While he's not exactly the most Defensive Fighter in the game, his Transformation augments his bulk considerably. Upon Transforming, Frieza heals himself by 20% of his Health, and while he's Golden, he reduces all Sustained Damage by 20%.

Before Transforming, he can even use his Extra Arts Card to Heal himself by 10%, giving him some serious longevity.

SP Final Form Frieza's Damage Buffs against Saiyans and Goku Fighters especially is very situational, and does not apply in many Meta match-ups. He can still preform well in them, but he's not able to get the most out of his toolkit.

SP Final Form Frieza RED is an awful Crisis Fighter. This isn't just due to the fact that his Transformation is timed, though that certainly does not help, it's because he requires living Lineage of Evil or Frieza Force Allies to trigger his Damage Buffs.

As a Support Fighter, he has a lot of trouble holding his own without Allies, and the fact that his own Damage Buffs are reliant on them being around establishes him as one of the weakest late-game Fighters on all his Tags.

This Color Counter Core isn't the only way to build the Tag; Frieza works well with his pre-Transformed partner, SP Golden Frieza GRN, though the two have very different play styles.

SP Final Form Cooler BLU creates a double Support-core with Frieza, Buffing the Damage of whoever is chosen to be the third member into the stratosphere.

SP Final Form Frieza: Full Power YEL is the best Defensive partner for Frieza - he even gets use out of Frieza's Support Buffs with his Offensive Pivoting potential.

This Tag is perfect for the Red Emperor. SP First Form Frieza PUR and this variant of Frieza each Buff their Teammates, opening the floodgates for a vast array of possible third members.

EX Recoome BLU and SP First Form Frieza BLU are fantastic third Fighters in this Core, depending on if the player wants a more Defensive or Offensive build respectively. EX Burter YEL fits perfectly with both Friezas and benefits from the absurd number of Special Moves in the Team's Deck.

This Tag's strongest Fighter, SP 1st Form Frieza PUR is especially excellent for his Golden counterpart on this Tag Team.

Seeing as his Strike Damage is the strongest part of him, this Equip's Massive Buff to it makes it a must-run.

And even more Strike Attack.

SP FP Frieza RED makes PVP matches against Saiyans significantly easier, and with a 50% Strike Buff on entry, can remain relevant even against non-Saiyan Teams. His Transformation does come with a timer, but 45 timer counts is decently long. He has some especially good appeal with SP Youth Goku YEL running around at Zenkai 7. SP FF Cooler BLU at Zenkai 1 accentuates his Damage potential that much more. That being said, even though he's the primary Red for Lineage of Evil, he's still not advisable to bring along too often due to how the Meta does a disservice to him. He'll fall to Tier 2 for now, but maybe only temporarily.