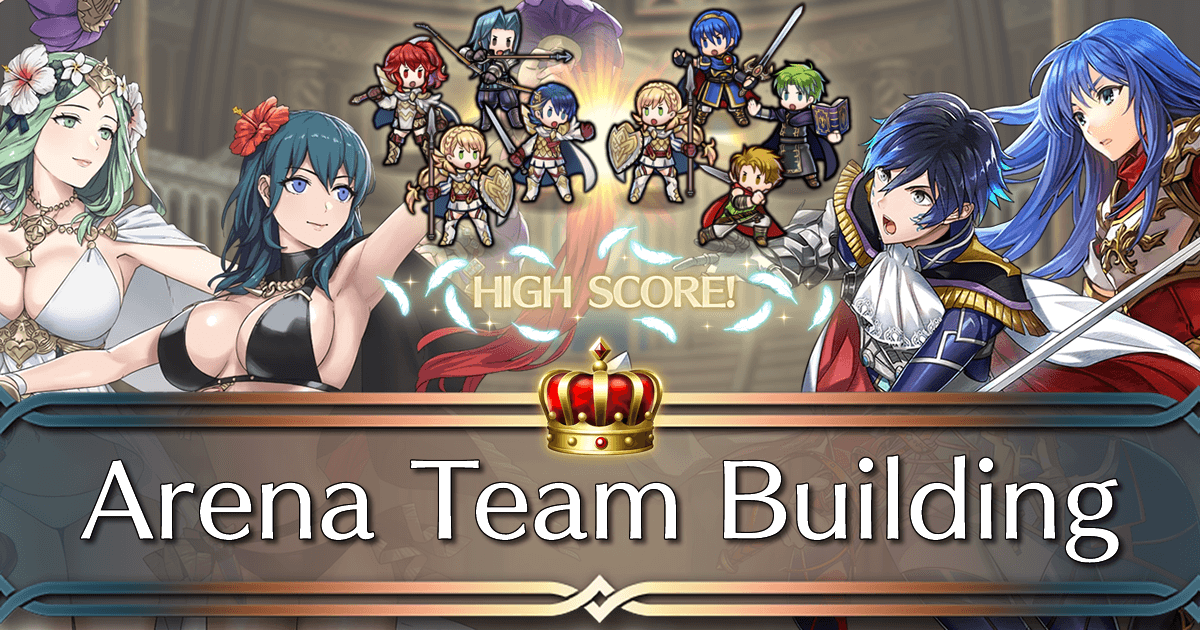 Teambuilding is the most important aspect of the Arena mode, and it all depends on what you as a Summoner want to get out of it. Do you want an easier Arena run, where you can simply collect weekly rewards and leave? Do you want to compete to become one of the top ranked players? How about a mix of the two? Once you’re aware of your priorities with the game mode, you can proceed to building your Arena team.

As you are forced to use 1 bonus unit per rotation, the other 3 units of your team are referred to as your ‘Arena Core’. A vast amount of resources must be put into each unit you bring with you into your Arena matches, and so it’s generally easiest to narrow your focus to only three units who accompany your bonus unit into each of your matches. Once your three units are built, you can experiment with branching out, but for now, focus on the three.

A high scoring core uses the philosophy of score above all, and will optimally include one Legendary hero with the corresponding Legendary season. Other members of this core will need to score highly in all regards: Base Stat Total (BST), Merges, SP Costs, as noted in our previous Arena Scoring Explained Guide.

These additional unit or units will generally be armors, particularly armors such as The Flame Emperor, who is free to obtain but scores at a base 180 BST.

Many summoners choose to make some scoring sacrifices in order to have an easier time actually winning their Arena battles. This can be doing something like using duel skills, which cap out at 170 BST, but which allow you to bring in units who are more useful, such as Reyson or Nino.

The most valuable pick up for a high scoring core is a Duo Unit. Duo Units score at 185 BST despite their actual stat total, and are usually incredibly strong non-armored units who can handle a myriad of content. Unlike legendaries, duo units are blessing-flexible, making them ideal for a core. A duo flier, such as Summer Byleth, can grant your team access to Guidance, which gives your armored units some much-needed positional support as well.

Unfortunately, Duo units are also all limited and five star exclusive, meaning that a +10 is necessary if you really want to merge them into your high scoring core. Still, they’re easier to save for than a Legendary hero, with a lower median orb cost to +10.

Having a flying mage can really come in handy - luckily, she scores as high as some armors with her B Duel Fliers skill!

How To Get KOs

Since your core will be up against other summoners’ maxed out cores, it can sometimes be difficult to actually do enough damage to win - let alone feeding your bonus unit kills. Here are some useful strategies to consider when selecting who will be in your core.

However, in high tier scoring (staying in tier 21 or “20.5” (20-21)), enemy armored units tend to fall off in favor of - you guessed it - enemy duo units. These units always seem to pack a massive punch and can tear through any unprepared defense with little difficulty. Because of this, it may be useful to try and consider adding a core unit with more versatility, like an archer who can defeat prominent units such as Legendary Azura, Duo Byleth, Duo Palla, and Duo Micaiah. Norne is a fantastic example of a mergeable archer who scores at 170 BST. Another option might be a G Duel Nino, who can defeat Duo Palla, Duo Ephraim, and Legendary Azura.

Since you have to take Duel Rally skills (such as Rally Spd/Def+) with you in the first place, this part should come as no surprise, but they are incredibly useful for raw matchups. A 6 point stat swing can be crucial in avoiding doubles, surviving an engagement, or defeating an opponent.

For this reason, it’s preferable to have diversified buffs so you can flexibly buff each stat in your core, and to give the proper Rally skills to the proper units. Keep in mind that your unit cannot buff itself, so it’s best to give a unit a Rally buff that they themselves do not generally need (such as a Rally Speed+ variant to The Flame Emperor)

Because Rally skills are so ubiquitous in Arena, Ruse B slots, such as Def/Res Ruse, can also come in clutch for debuffing your opponents and inflicting Guard on them. Rally+Ruse together can give a unit a whopping 12 point stat swing for an engagement, while also preventing their opponent from activating any Specials. This is exceptionally useful for helping your Bonus Unit get their Bonus KOs off.

To a lesser extent, Feint skills can also be utilized, and there are Feint seals to take advantage of as well. 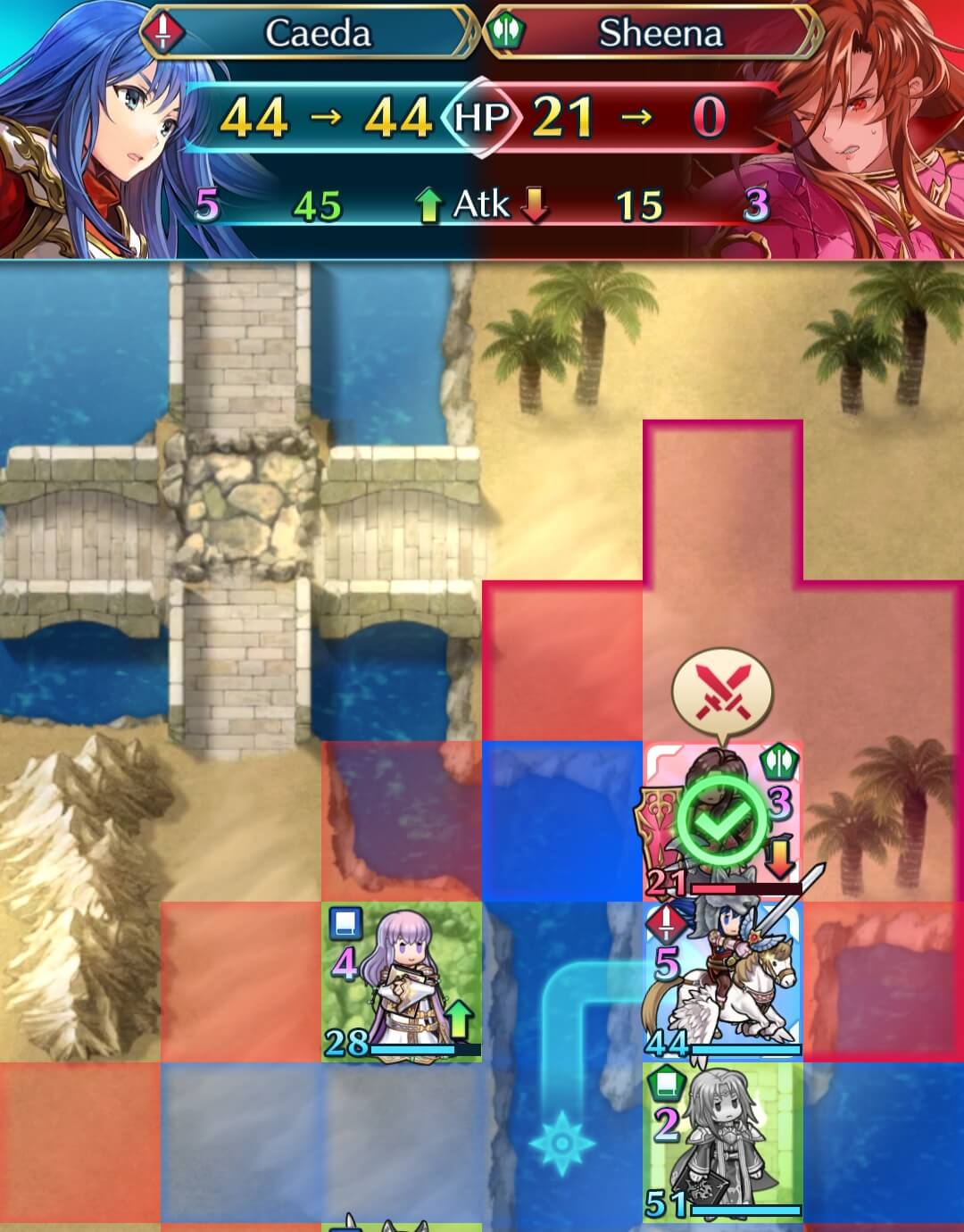 Effective damage can be very useful in securing a kill, even for a low Attack unit like Caeda.

Because most units cannot run positional assists such as Reposition, it’s more useful to pick core team members who are more defensively inclined so that they can take a hit or two if necessary. It’s better to win a brawl over the course of three turns then never be able to engage because you can’t separate out the enemy squad, after all.

But don’t let that make you think that Speed isn’t necessary either. With so many oppressive five star exclusive units with insanely high Attack, your tanks often need to avoid being doubled by their foe if they want to survive. Speed stacking is often vital to winning engagements, even on units who may seem slow at first glance, such as Ross. The bottom line is: you don’t have to be a speed demon, you just have to avoid being attacked twice.

If you need to have defensive units and they need to have decent Speed to avoid doubles and decent Attack to KO all the enemy armored units, who can you even use?

Well… lots of units. With the advent of dragonflower usage, as well as summoner support, unit supports and, of course, merges, there are many ways to help give all of your units a boost to all of their stats. For example, let’s take Itsuki.

Suddenly, he checks all of those boxes for being tanky, somewhat fast, and with decent damage!

Many units are like this from the “f2p” pool units we’ve gotten in the last year or so, such as Astram, Echidna, Altena, Cormag, and Ross. They can all stack stats until they're reasonably balanced units with few clear weaknesses.

Putting It All Together

Since an Arena team consists of one Bonus Unit and three ‘core’ units - which can further be broken down to one Bonus Unit, two ‘core’ units, and one season-appropriate Legendary unit, when applicable - it’s best to fully invest in your two or three core units.

These should be units who compliment one another well: perhaps one of them is ranged, like Norne, or tanky, like Ross. Perhaps one of them is red, like Astram and one is green, like The Flame Emperor. The key is to diversify so that you can handle many different situations, as well as to counter specific meta threats (for example, Water season is notorious due to its legendary heroes like Legendary Chrom, Legendary Azura, and Legendary Leif. Having a unit who can defeat all three of them, like a Ross with Distant Counter, would be a smart choice!).

Your two core units can and should also be paired together in Ally Support to give one another bonus stats to help swing additional matchups. Legendary bonuses should also be granted if you are fielding them with a legendary unit.

It takes a lot of resources to make a fully functional arena core - usually, each ‘f2p’ unit costs 220k feathers and one or two 5 star skill inherits at minimum - but it’s far cheaper orb-wise than merging 5 star units, and climbing the ranks in Arena can be a fun reward all in itself! 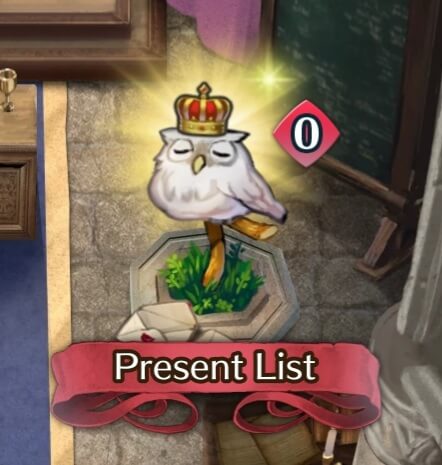