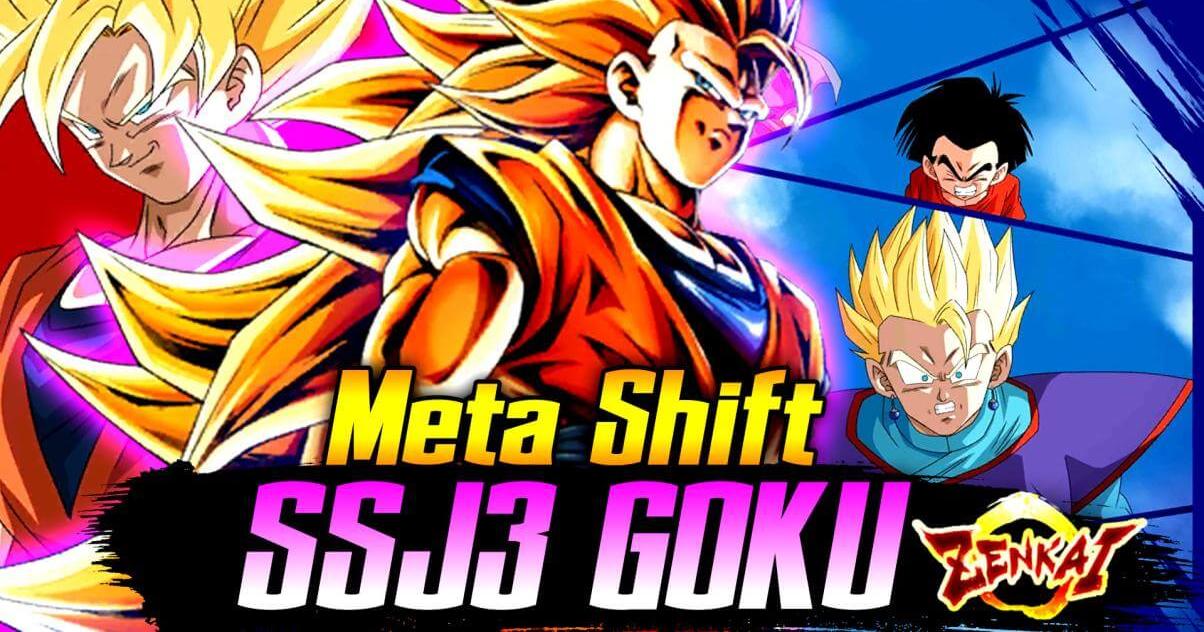 “THIS IS TO GO EVEN FURTHER BEYOND”

SP SSJ3 Goku PUR is one of the most popular characters to ever receive a Zenkai in Dragon Ball Legends. In fact, not only SSJ3 Goku is a fan favorite canonically, but also the fact that he never really shined despite having 3 in-game variants already ( SP SSJ3 Goku PUR did actually, but SP SSJ Broly PUR’s release just a few weeks later completely overshadowed him ), made him a quite common “Zenkai wish” among the community.

Without further ado, let’s see if Goku will finally go further beyond this time around.

Since he Buffs the Team through his Z-Ability, Saiyan is certainly his Main fit.

The Warrior Race Build needed a Fighter like SP SSJ3 Goku PUR the most, primarily because they lacked a competent Purple that Buffed the Team altogether, and secondarily because the Core started to feel lackluster power wise after SP SSJ2 Gohan RED Zenkai’s release.

SP SSJ3 Goku PUR fixes both things for the Team, as he’s a fantastic Purple Fighter that can be decisive at any point of the Match. His main strength is his capability to inflict enormous Strike Damage, a characteristic that fits the Team’s Deck really well.

This Goku’s presence makes SP Vegeta (Majin) BLU feel much safer on the Team as well, since previously the prince of Saiyan had no coverage against Green opponents, while he now has the best Purple Fighter in the Game to help him out all of a sudden.

Saiyan is finally looking like a Meta Team again, although it still needs something more to be a full-fledged Top Tier Team.

While SSJ3 Goku isn’t a perfect fit for this Team Z-Ability wise, it’s probably the best Build he can be used in at the moment, purely thanks to SP SSJ2 Gohan RED’s presence. In fact, Goku’s son is still by far the strongest Fighter in the Game, and he makes a terrifying Offensive duo with SP SSJ3 Goku PUR.

While the latter would prefer to be in a fully Strike Based Team, he gets enough Blast Damage Support on this Team that the mixed Deck won’t feel like an issue at all.

Something that should be considered is the fact he needs a Saiyan to get some Damage Reduction Buffs and a Strike Card on switch, so SP Youth Goku YEL Z7 now has a serious case over SP Goten YEL, considering the former is still a very good Fighter on his own.

Son Family is definitely a Top Tier Team now, although it isn’t the strongest Build overall due to its Z-Ability issues if compared to other Z-Tier Teams.

SP SSJ3 Goku PUR is an absolute game changer for Saiyan, to the point he’s essential if you want to play that Team. He’s also very important for Son Family, so you should definitely Zenkai Awaken him if you play any of these two Teams.