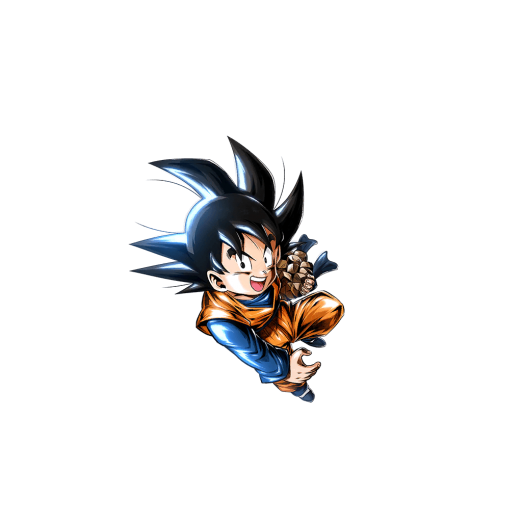 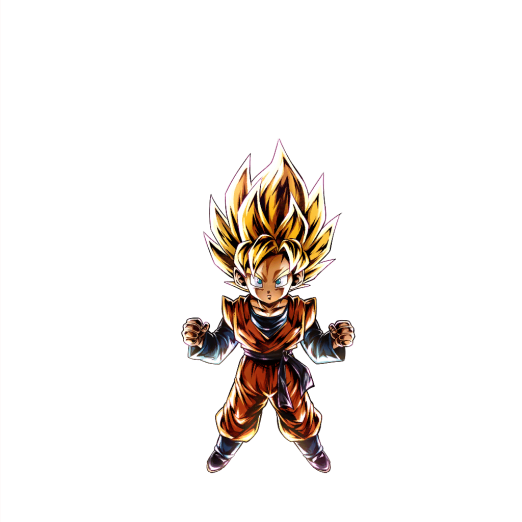 Certain Fighters in the Dragon Ball Legends meta are obviously incredibly powerful, sporting abilities that overwhelm opponents mercilessly. SP Goten (Kid) (Super Saiyan) YEL is not precisely like that; his strength lies in his ability to enable his allies to reach those deadly peaks of strength, but he can selectively ascend to that level himself.

Goten's value makes itself apparent the moment the match begins, when he bestows upon all Son Family and Hybrid Saiyan Fighters buffs to both Ki Recovery and Damage Inflicted, which are compounded when he switches to standby. Before the little tyke transforms, he's a pretty strong Defender as well, boasting around 60% total Sustained Damage Cut.

The young Super Saiyan's strength crescendos once he attains that form, gaining insanely high Damage Buffs and a timed heal that allows him to shrug off the Damage he soaked for his friends prior to transforming. Goten's modal design is what makes him stand out in a meta full of Fighters who excel at one or two roles.

His Teams might not have thought they needed a unit like him, but Goten makes a very compelling argument for his inclusion on the cores of both Hybrid Saiyan and Son Family as their premier Supporter.

Goten might not look like much of a wall, but his Defensive Abilities aren't anything to take lightly. Though the strongest Fighter in the game shreds through Goten like a hot knife through butter, most other Fighters are sure to be hindered by Goten's 60% total Sustained Damage Cut for 15 Timer Counts.

Once he transforms, his constant 30% Sustained Damage cut and 20% Heal trigger after 20 counts makes him a deceptively difficult fighter to keep down, which is true to Goten's endurance.

As far as comprehensive Support toolkits go, Goten's is one of the most palpable in the meta. He starts of the match with a guaranteed team-wide 15% Damage Inflicted and 50% Ki Recovery Buff to all Hybrid Saiyan and Son Family characters, which kicks his own combat up a decent notch, let alone his allies.

When switched to standby, Goten solidifies his role on the Team with instant 30 Ki Recovery, a 20% Damage Buff, and a 20% Sustained Damage Cut pierce buff bestowed upon his lucky teammates. Goten's excellent Z-Ability contributes to his Supportive Streak as well; a 30% Buff to both Strike and Blast Attack is nothing to scoff at.

Underestimate At Your Own Peril

Obviously Goten excels defensively and supportively, but even his own personal Damage can be fairly devastating in the right contexts. Goten's Transformation bestows upon him a ridiculous 70% Inflicted Damage Buff that lasts for his entire 40 Timer Count stint as a Super Saiyan.

With Transformed Stats, permanent Buffs to Damage, and a Main Ability that increases his Damage even further that comes packaged with a +2 Card Draw Speed Buff, Goten is far from weak offensively. There are few units that can claim to do as much as Goten at once, and none have as flexible a design.

SP Goten (Kid) (Super Saiyan) YEL is strong on all fronts. He doesn't have any issues with his kit that are debilitating enough to mention; his problems stem from the context of the Meta he's entering, which is rife with Buff Removal and deadly Reds that shred through his cancellable Sustained Damage Cut Buffs.

Against some of the Meta's strongest forces, Goten can be a bit of a liability. Him being Yellow doesn't help much either. Though he's not fit for every match-up, Goten makes a decent case for himself in most.

A must-have Equip for Goten, greatly increasing his survivability as well as boosting his Special Move.

Please note, for the optimal Son Family Team, this Equip is replaced by It's All You, Gohan!.

This is a must-have Equip on any Hybrid Saiyan Team, providing very large Pure Buffs to their Strike and Blasts.

There are many options for Goten's final slot, this Equip provides Goten with extra survivability when paired with Hybrids. Alternatively, I’ll give it my best! is optimal when not paired with Hybrids or Aaaaaaah! is a good choice here.

He and his banner partner SP Trunks (Kid) GRN have their fair share of flaws, but the star of the show is SP SSJ2 Gohan RED. Any unit that can funnel resources into SP SSJ2 Gohan RED and overall make his teams better are a valuable, meta-relevant asset.