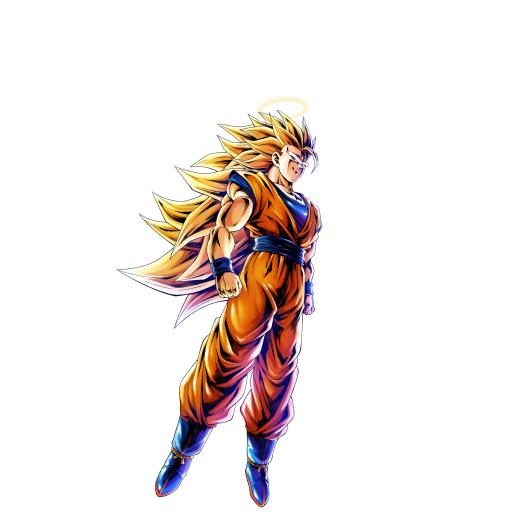 SP SSJ3 Goku PUR is back at the top of the meta-game once again due to his inevitable Zenkai Awakening. His Zenkai awakening has made him all about Damage which puts him at the top of the game when it comes to Offense.

He is also deceptively tanky with his Zenkai stats and Zenkai Ability.

SP SSJ3 Goku’s Zenkai Awakening now gives him a Strike Arts and 50 Ki each time he comes onto the battlefield. This ability coupled with the fact that he gets 70% Damage Inflicted as soon as the battle starts make him an immediate threat in any PvP match. His damage only gets better as time goes on due to his “Not Used To The Change Yet” unique ability that gives him two Damage Boosts (30% Strike Damage and Damage Inflicted) and 30% Ki Recovery when 40 timer counts have elapsed.

At his peak, he gets 130% Strike Damage Inflicted when he enters the battlefield. This type of Strike Damage is only rivaled by the likes of SP Android 18 YEL and SP Super Gogeta RED and make him an oppressive unit in the latter stages of a match.

As in his prime, SP SSJ3 Goku PUR is the Regeneration Killer. He has 40% Strike Damage Inflicted against the tag and also has a color advantage against their best tank which is SP Majin Buu: Good GRN. His Zenkai awakening has also given him the ability to take 15% less Damage against Regeneration and his Ultimate Arts reduces healing by 100% for 60 timer counts which is devastating to the Regeneration Tag.

Not only does SP SSJ3 Goku PUR have access to an Ultimate Arts Card, which is one of the most powerful tempo effects in the game, and it comes with a considerable 25% chance to Faint chance as well. This can shift the tides of any match and put Goku's Team in a winning position.

Not A Glass Cannon Anymore

He also gains a 25% Damage reduction when he comes in if he is paired with a Saiyan fighter. This, coupled with his Zenkai stats, SP SSJ3 Goku PUR can take hits from some of the best in the game without fear of dying too early.

SP SSJ3 Goku PUR is the best PUR Saiyan fighter in the game, this makes him one of the core members of any Saiyan team variation. Recently, he has been paired up with the likes of SP SSJ Bardock BLU and SP Angry Goku BLU in a BBP team ( Blue Blue Purple) which is one of the best teams in the game.

You can also use him alongside SP Goku Black GRN in a normal Saiyan team with SP Angry Goku BLU as the third option.

An ideal Equipment for Goku, giving a large Base Strike Buff.

Please note on the Son Family Team, It's All You, Gohan! is a better option.

A must-have Equipment providing Goku with a Pure Strike Buff.

This Equip has additional value in this Meta due to the number of Hybrid Saiyans, additionally providing Goku with a large HP boost.

SP SSJ3 Goku PUR was long overdue for a Zenkai boost, and now that it's finally come he's become the diabolical offensive fighter he was in his prime. He and SP SSJ2 Gohan RED have invalidated Regeneration, but these 2 paired together on Son Family can destroy anyone. It’s not just limited to Regeneration. From himself being oppressive to his teams being incredibly powerful, he’s earned the Z Tier spot.