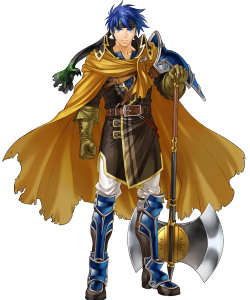 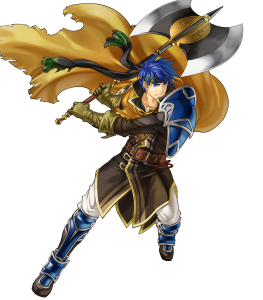 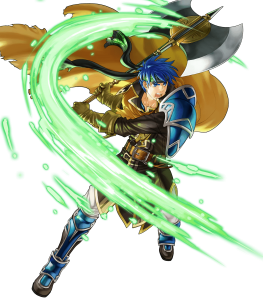 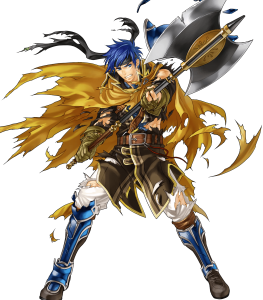 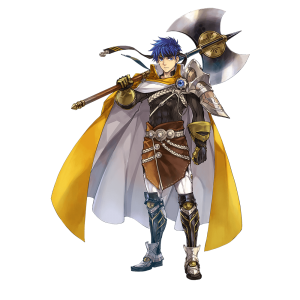 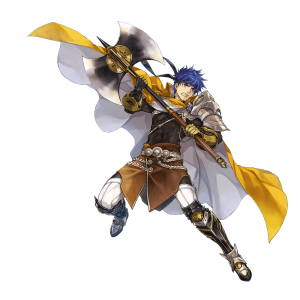 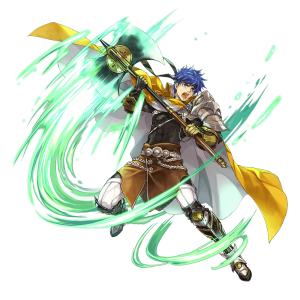 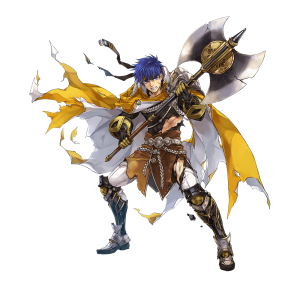 More than a year after Urvan's refinery update, Brave Ike still proves to be a massive enemy phase threat thanks to the sheer amount of defensive effects his unique weapons provides. In a nutshell, in addition to nearly halving any incoming hit by 40% unconditionally—meaning a considerable amount of reduction take place even if the enemy doesn't double Ike—Urvan forces the opponent to consecutively make an extremely weakened follow-up attack on Ike before he can counterattack. Not only does this massively increase Ike's survivability against even the toughest matchups, but it also gives him a way to charge his Specials—Aether in particular—very quickly due to the changed attack priority and the always-handy Slaying effect of the weapon.

Let's pretend Beorc's Blessing doesn't exist for a moment and focus instead on the ridiculous variety of B slots Ike can utilize thanks to his infantry status. Because Urvan already provides so much in one slot, Ike can afford to consider a number of great B slot options that fit your needs. This includes but is not limited to Null C-Disrupt, Null Follow-Up, Special Spiral, and even Speed-based damage reduction skills to further improve any specific matchups you need. Additionally, as an Axe user, Brave Ike can benefit specifically from the great effects provided by his fellow Brave Lucina's Geirskögul, hence the infamous BikeCina combo.

Though Ike is carried significantly by Urvan rather than stats in terms of overall performance (if that weren't the case, Dieck would reign supreme), his great HP, Attack, and Defense stats still go a long way in consistently great damage output and solid physical matchups. His Speed and Resistance are on the lower side but can be spot-improved with specific investment or outsourced support such as Mythic blessings or support allies.

Gains Even More Stats Though a Resplendent Skin

Units with the Hardy Bearing effect in some form (whether it would be through the Sacred Seal or built-in like Sky Maiougi) can ignore being forced to hit consecutively by Urvan. Thus, they can hit for full damage on their follow-up attack rather than having it reduced. Additionally, if Ike runs Aether, they are likely to attack freely before fully charging that, giving them a window of opportunity to defeat Ike in one go.

Not even Urvan can fully protect Ike from the harsh full frontal-assault of repeated Special hits; this is especially the case against full Infantry Pulse teams where he can be subjected to numerous forms of precharge burst damage such as Luna and Glacies. Additionally, area-of-effect Specials such as Gifted Magic or Blazing Wind completely bypasses the damage reduction effects of Urvan by using Ike's relatively okay visible Resistance against him. Finally, archers can also utilize Deadeye to blow past the damage reduction; however, they need to actually hit naturally hard versus Ike's usually-great Defense to make that count.

Aether Raids Defense keeps can employ defenders with Impact skills to force Ike to perform only one attack per battle. Being able to reliate only once significantly lessens the likelihood of him taking them down in one round and inviting other defending units to come in through Wings of Mercy and wreak havoc however they please. 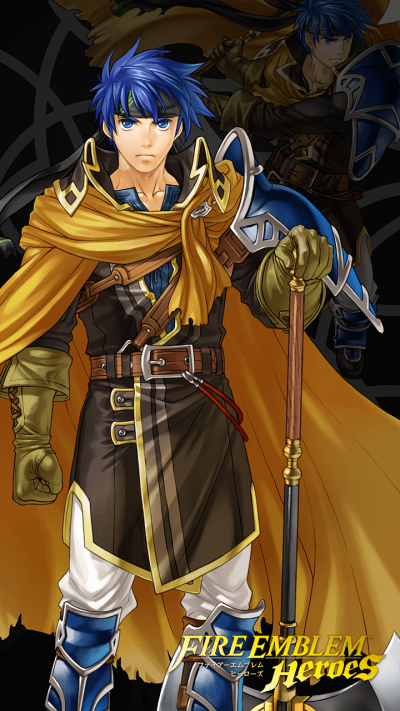