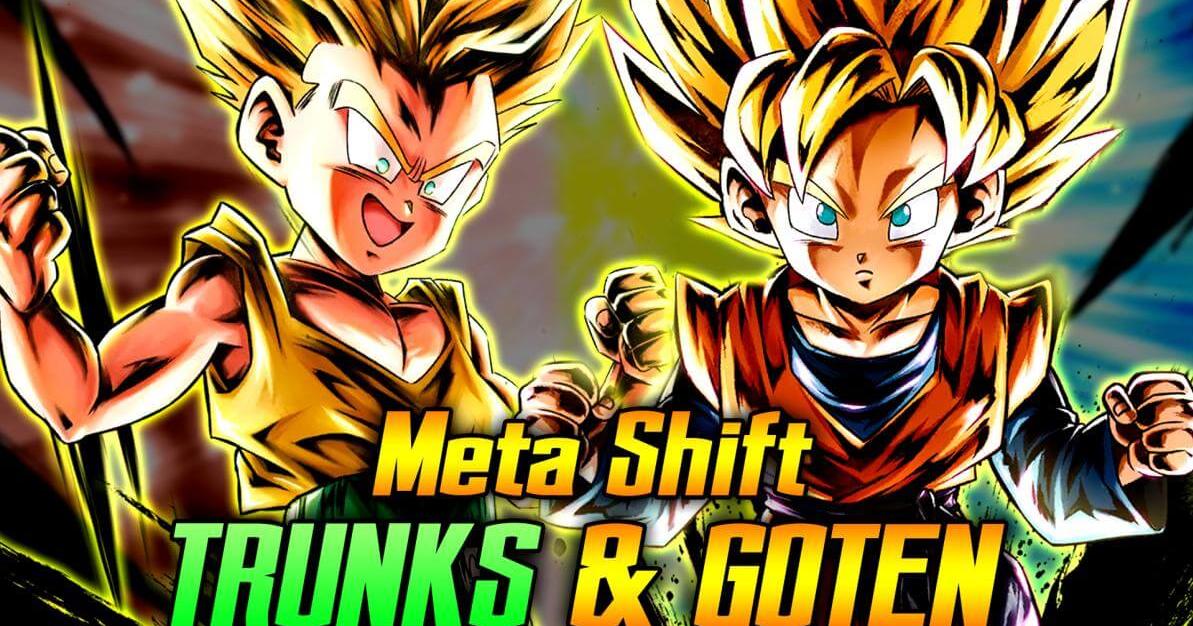 Shortly after Zenkai 7 SP SSJ2 Gohan RED’s release, Hybrid Saiyan gets the last pieces it needed to complete the puzzle, namely Goten and Trunks. The two kids were teased in the last month’s V-Jump already and they even got hyped up in the latest “Video and Stuff”, so let’s see if they live up to the expectations.

This is clearly the most affected Tag from this update, as both of the new Fighters have the Hybrid Saiyan Tag.

Not only SP Goten YEL and SP Trunks GRN, but they also have some very interesting Support - Ki Recovery Mechanics that make constant switches and long Combos their ideal playstyle, an approach to Matches this Team was already good at thanks to the SP SSJ2 Gohan RED’s presence. In particular, Goten’s Support is a fantastic addition to the Core, since it makes Z7 Gohan even more of a One-Hit-Kill weapon than he already was.

Trunks’ main selling point is the fact that Hybrid Saiyan lacked a Green Fighter that could take the Game over. While he’s not incredible at everything, he does one thing amazingly which is having a very high burst on switch, thanks to his Lock-In mechanic, so he’ll be able to take out any Blue Fighter easily ( considering Vegito Blue was very problematic for Hybrid Saiyan previously, this is quite relevant).

Overall, Hybrid Saiyan is a top team thanks to its amazing Offensive power, that makes its Defensive shortcomings less apparent.

This Team is essentially a weaker version of Hybrid Saiyan, since it still has the stellar Z7 Gohan - Gohan duo, complemented well by the handyman SP Gohan (Adult) BLU, but it has a weaker Green option and worse ability Bonus due to the lack of a Health Z-Ability. For these reasons, this composition is more fragile and has fewer answers against dominant Blue Fighters than Hybrid Saiyans.

For the rest, the immense Offensive potential is still there, which is obvious when SP SSJ2  Youth Gohan RED is in the Core, but it still feels like Son Family isn’t a complete Team.

Much like Son Family, Vegeta Family gets only one of the new Fighters. Trunks is a direct improvement compared to SP SSB Vegeta GRN, because he provides much higher Offensive Powers while still having a Lock-In Mechanic. The problem is Vegeta Family mostly had durability problems, while its Offense was already stellar, so generally SP Trunks GRN isn’t enough to completely change the shape of this Team, because he’s quite one-dimensional.

Still, Vegeta Family improved a bit and it was already a pretty decent Team, so it’s completely viable to be used in the current Meta.

All in all both Goten and Trunks are great additions for multiple Teams, so if you like one of those ( especially Hybrid Saiyan ), pulling on this Banner is probably a good idea, considering some of the fillers ( SP SSJ Rage Trunks YEL, SP Omega Shenron RED ) are still quite strong Fighters, and the new Missions make it easy for Players to Limit Break the new Sparking Fighters.

Pvp team for this meta
Greetings Can anyone help me with pvp team for this meta also can u tell me is…
Help me with a team
image640×1136 2.5 MB 11 posts - 2 participants Read full topic…
Looking for Friends to do Raid Boss and Co Op
Hi. I am a day one player looking for some players (no matter how new or old) to do…
Zenkai ss3 goku
Is the new ss3 zenkai goku any good? i just use 2000 cc on him and i want to know if…
Character Concept LF Ultra Instinct Omen (Sign) Goku
(someone please do the stats) Type : Melee Color : Yellow Tags : Saiyan, Son Family,…
Read More