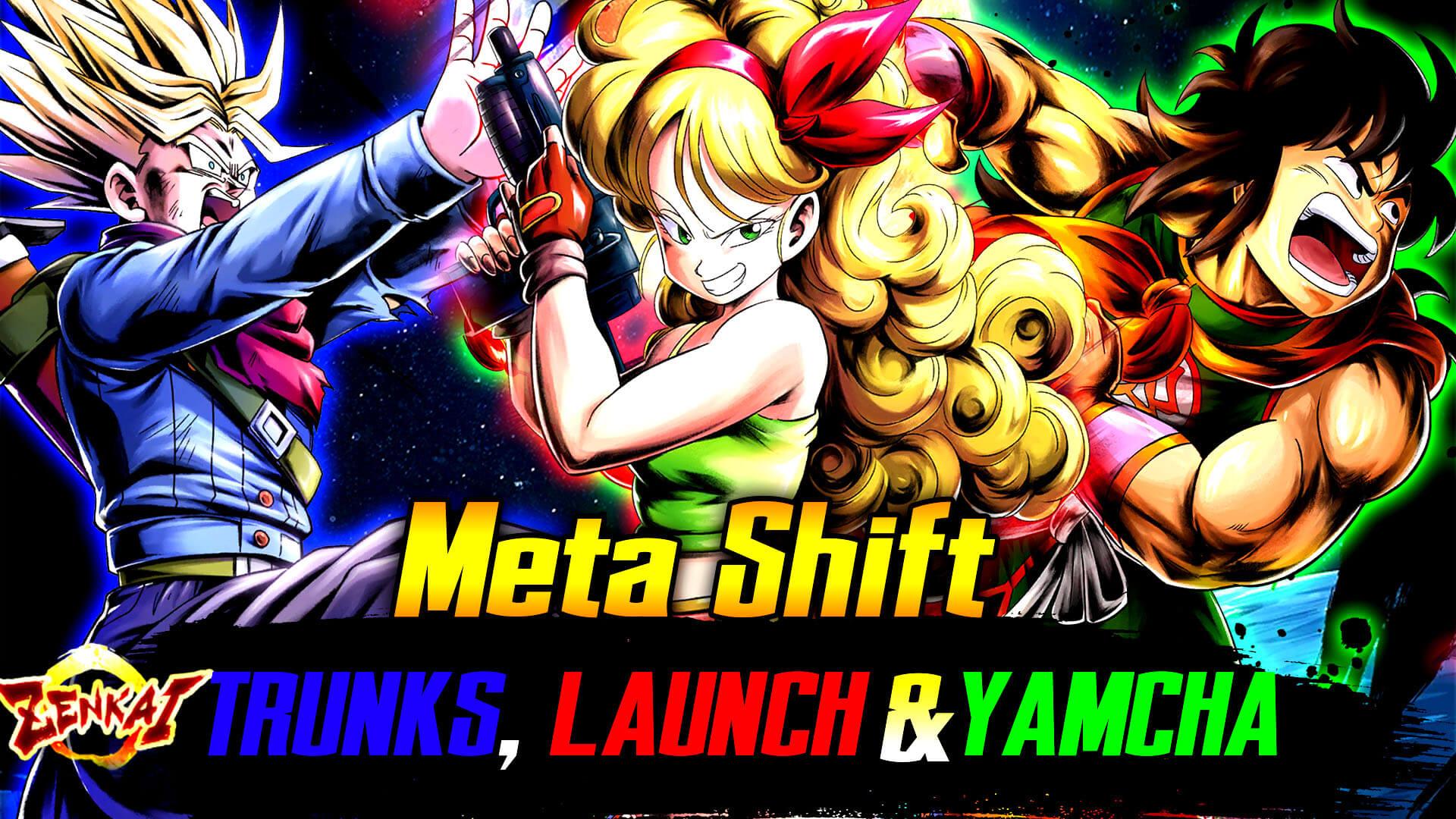 The last update of Dragon Ball Legends has been quite healthy in terms of new Fighters. We got a new  All-Stars Banner, unexpectedly focused on “Dragon Ball Saga”, featuring Yamcha and Launch, and even a new Zenkai, namely Z7 SP SSJ2 Trunks BLU.

Of course, this release pace is not ideal, having a new Zenkai alongside a new Banner in the same update, is just too much, even if the new Fighters aren’t actually that appealing for most people.

That said, let’s analyze the new releases, as some Teams that were in dire need of help got affected.

It’s not surprising that the Zenkai Fighter is the highlight of this update. Z7 SP SSJ2 Trunks BLU is just an all around really good Fighter, boasting high Offensive capabilities, and even some nifty utility that makes the whole Team better - Substitution Counts manipulation -. He fits the current context of Future perfectly, as he’s a Blast Fighter.

SP SSB Vegeta PUR is without a doubt his best ally. His father is still a really strong Support, and he provides him of the few things his kit lacks: Card Draw and Ki on entry. Of course, he provides great Damage Buffs too, but the other two things are the most important ones, as Trunks would feel a bit clunky at times otherwise.

Whether you want to use these two alongside SP Goku Black GRN, SP Perfect Cell (Revived) RED, or even SP LL SSJ Gohan YEL - although he’s Strike based-, Future is just an extremely potent Offensive Team, with a lot of Sub Counts manipulation utility and nifty Defensive Effects.

Z7 Trunks fits really well here as well. Him, SP Goten YEL and SP SSJ2 Gohan RED make a really threatening Blast based trio. In particular, those two both provide Blast Damage Support, so Trunks only reaches his offensive peak on this Team.

His Damage is so high it feels Hybrid Saiyan just got a Blue variant of SSJ2 Gohan, to some extent - he even has impressive “Last Man Standing” capabilities -, and it’s especially huge considering he’s replacing SP Gohan (adult) BLU, which was quite lackluster for the Team.

As a whole Hybrid Saiyan is on the rise, even though it could use a more reliable Green option than SP Trunks GRN to cover SP SSJ2 Gohan RED. Z7 SP Gotenks GRN is an option, but his bad Z-Ability limits him on this Team.

The stellar Z7 SP SSJ2 Trunks BLU - SP SSB Vegeta PUR partnership works here as well. The new Zenkai Fighter is replacing SP Vegeta (Majin) BLU here, which is an unfortunate development since the latter had a really short amount of time to shine in the Meta. His son is just flat out better in every regard, however an issue arises: now that the Core is fundamentally Blast based, Z7 SP SSG Vegeta YEL’s place on the team becomes harder to justify, since his Blast Damage is pretty low and his Z-Ability doesnt Buff most of his allies.

Here comes SP SSJ Rage Trunks YEL then, a Fighter that might not be that good in action anymore, but still provides a good Z-Ability for the whole Team. He’s an option to consider.

Regarding other changes, Z7 SP SSJ Trunks RED also improves a lot. Many updates ago, he got replaced by SP Vegeta RED on the main Core since he needed Hybrid Saiyans allies to thrive, and there weren’t many good ones at the time. With the new Z7 Trunks becoming a staple, the older one is also a viable option again, since he provides good Tankiness and pretty great Offensive capabilities all around.

Overall, these are still baby steps for Vegeta Family, but at this point it’s a completely viable Team to play in the Meta.

Dragon Ball Saga just received two pretty good Fighters. Both Yamcha and Launch are mainly useful for their Offensive contribution. While they both lack Arts Draw Speed, they have multiple ways to increase their own Damage: Yamcha through Critcal Rate and Damage Boosts, Launch over continuous Blast Damage and anti-Damage Reduction Buffs. Launch also has quite a bit of consistently useful utility, that goes from opponents’ Dragon Balls Reduction through her Main Ability, to Sub Counts manipulation through her Extra Move, which allows her to Switch out regardless of the situation.

While Dragon Ball Saga has never been in a good spot before, it still had some staples that are quite impactful in the Meta to this day. In fact, the most fitting ally for the new Fighters is SP DK Piccolo YEL. The menacing Namekian has a very straightforward Offensive toolkit that allows him to reach frightening levels of Damage output quickly, and he also manipulates Dragon Balls through his Main Ability, just like Launch - or in other worse, don’t ever expect to use more than 1 Rising Rush a Match against this Team -.

However, the Team also has very glaring flaws, like the lack of any sort of Defensive utility, or even the overall Team Synergy: Launch strictly needs Blast Cards to build up her own Damage Buffs, but the Deck is quite Strike foused.

As a whole, this is a decent start for the Team, but unless it gets more releases in the next few weeks, it’s destined to remain irrelevant in the Meta.

There are a few problems with Launch on Female Warriors: she doesn’t Buff the Tag, neither SP Android #21: Good GRN nor SP Android #21: Evil PUR Buff her through their Z-Abilities, and her kit clashes with SP Android #18 YEL’s as the latter is highly strike reliant - and the Team already has enough Fighters that bring Blast Cards to the Deck -.

It could be argued she’s the best Red option for the Team, but that’s likely not enough to justify her placement on it.

Z7 SP SSJ2 Trunks BLU is a must if you main Hybrid Saiyan or Future, he’s just a staple for both Teams as he makes them much better than before.

Launch and Yamcha are niche choices, “Dragon Ball Saga” Players can probably be counted on the fingers of one hand, so only pull for them if you’re one of those brave people, or if you feel like you have a lot of Chrono Crystals to waste.

Please can I get some help to build a team
Hi! Make sure you correct assign your post to an appropriate sub-category above! Q…
Character concept, Hercule
So, I don’t know if there ever was an April fools styled update, but with April coming…
DBL Guild "Perfection"
(previously on whatsapp, now on discord) DBL PERFECTION Hello everybody! We are …
Dragon Ball legends Android 10 no notifications help?
Hello everyone I’ve just started playing all Dragon Ball legends on Android 10 I’ve…
I’m Back
Hey everyone, I’m back. I was gone for a while because my password went wonky, but I’m…
Read More