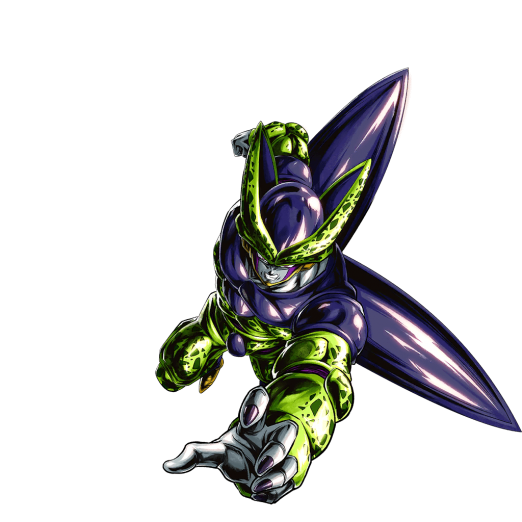 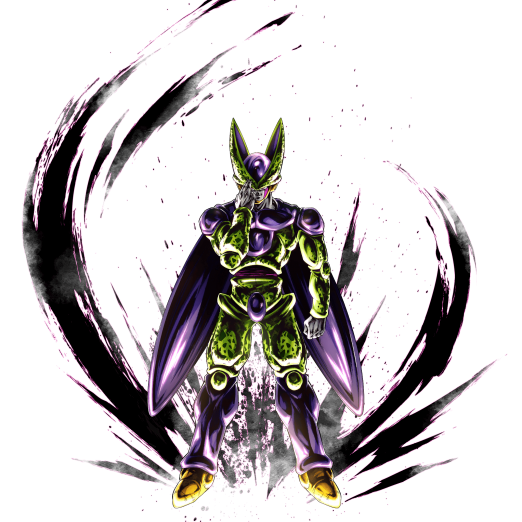 A brand new Cell has arrived in Dragon Ball Legends, and this one is closer to perfection than ever. While he may seem mediocre at first glance, this Cell hides a deadly secret; an incredibly powerful transformation that is guaranteed to trigger when he falls to 0% health in his Perfect Form, essentially giving the ultimate android 2 Health Bars.

Just this utility is enough to vault Cell into the upper echelon of available Fighters, but luckily, longevity isn't all that Cell brings to the table. His blast offense, especially after transforming, can be downright terrifying, and his ability to chain discounted Blast Arts into a mercilessly strong Special Move defines his combat playstyle.

His Extra Arts Cards are far from weak, sporting 2 distinct effect packages depending on his form. The looming threat of his ascended state can outright dissuade Cell's foes from using their strongest moves while he's on standby. His strength as an offensive pivot once he transforms is fantastically strong, especially when Supported.

If it wasn't apparent already, SP Perfect Form Cell (Revived) RED is an absolute staple on his Tag Teams and an absurdly annoying foe to face.

A Waste of Effort...

SP Perfect Form Cell (Revived) RED is far from remarkable when the battle begins. His Defensive stats are pitiful, in fact they're lower than newer Hero units. The good news is that this initial weakness justifies itself by essentially being a free character in disguise.

Cell's abilities in his base form make it clear that he's not here for a long time, just a good time, with ephemeral Damage Buffs that evaporate after 50 and 25 Timer Counts respectively, and a Special Arts Card with bonuses that only activate the first time it's used. That Special Arts is very important, as it guarantees him a massive +50% Ki Recovery Buff for the rest of the fight.

Cell players will want that card activated at least once before he falls the first time, so it's a good thing it's not far out of reach. After 10 Timer Counts, Cell's Main Ability becomes available, which draws that card and comes packaged with a Blast Attack increase and a Team-wide enemy debuff Sustained Damage that lasts for a staggering 60 Timer Counts.

Cell makes his initial role as a sacrificial pawn extremely easy to fulfill with a finite ability to lower his Substitution Count by 1 count 10 times after an ally takes a hit, reminiscent of SP LL SSB Vegeta GRN. While this form has a power level on par with Taitans Yamcha, its in-combat offerings let it accomplish what it must very easily.

I Died Once, Now it's Your Turn

After his Transformation, Cell is simply a monster. In his Perfect state, Cells grants himself a permanent +60% Damage Buff, a 30% Sustained Damage Cut Buff for 20 Timer Counts, and a permanent -10 Blast Cost Buff. He even heals himself of all Attribute Downgrades and Abnormal Conditions, putting him in prime position to immediately start dishing out pain.

The Transformation affords him seriously deadly tools, including the ability to draw a Blast Arts Card, Buff his Special Move Damage by 50% and Restore 30 Ki whenever he enters the field, a new Main Ability that Draws is monstrous new Blast Armor-possessing charging attack, the Hellstrike, and so much most absurdity.

Cell's new Special Move Arts Card, the Hellstrike, really lives up to its name, with Blast Armor, enemy Sustained Damage Cut Negation, and a Free Damage Buff topping off a Massive multiplier. This Attack is truly devastating and can even leave serious dents in Fighters with Color Advantage.

What is perhaps the most deadly tool in Perfect Cell's arsenal is the Death Beam, a projectile Extra Arts Card that is guaranteed to immobilize its target. This effect is essentially guaranteed Faint, and it comes with a Sustained Damage Debuff and a 20% Damage Inflicted Increase for Cell himself.

Cell's Defenses are abysmal. There's no way around it; the ultimate android is one of the weakest Defensive Fighters released. Though his 2 Health Bars ensure he'll at least take 2 full combos to bring down from battle start, it likely will only take 2 combos to finish him off.

Careful maneuvering of Cell post-transformation is important to ensure that his fantastic Offensive prowess will stay available as long as possible. Being a Red Fighter in a Meta dominated by potent Blue threats doesn't help his chances either, but luckily there are a number of incredibly powerful Green allies on his main Tags.

Awakened Don't you agree? No. 1

This Equipment is a must-have, Buffing both Offenses as well as Buffing Cell's already powerful Special Move.

This Equipment provides Cell with a much needed Buff to his Survivability.

Alternatively, Haaaaa! can be used here for a more Offensive build on the Regeneration Team.

In the average game, Cell might not seem too effective as the average player might not use him optimally, getting him killed way too early. With the right team around him and a player skilled enough to control the combat loop, his presence alone can be very oppressive.

In base form, he can’t take a hit, but offensively he’s actually pretty serviceable. After transforming, he outputs ridiculous damage. He slots into Regeneration, Future and Android as their primary red.