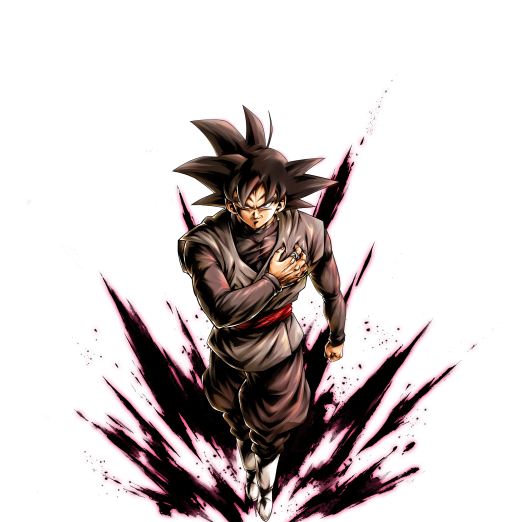 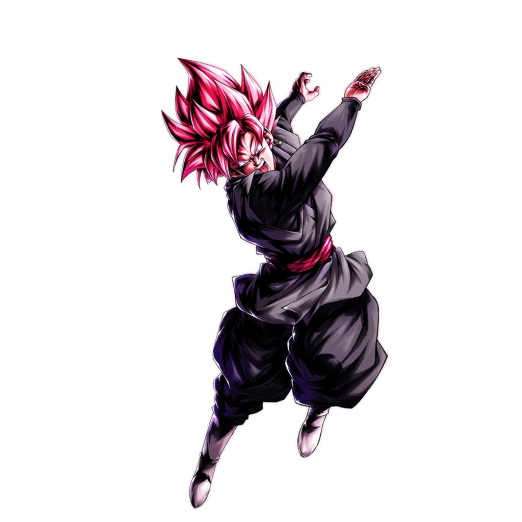 Goku Black is one of the most unique Offensive juggernauts the game has seen, and the nuances of his playstyle make him quite the skill-testing unit. Without any knowledge of how he functions, he can be downright underwhelming at times, but true mastery of this Fighter reveals his sickening potential.

SP Goku Black GRN's strength isn't fully graspable on paper. It appears as though he has a lot of card-drawing techniques, from his Extra Arts Cards to Main Abilities, but there doesn't initially seem to be much pay off to these effects.

It's only when one realizes how terrifying these effects combo with his ability to restore 10 Ki and gain a 10% Damage Inflicted Buff whenever he draws a card that the true power of this Fighter sinks in.

Before Goku Black Transforms, his Damage Potential is contingent on the Damage Received Debuffs he inflicts upon his foes whenever he faces them. He's a decent Debuff-spreader because of this infliction condition, but his dominance truly crescendos when he Transforms, which gives him a myriad of Buffs, including increased base stats, 70% Damage Inflicted, and limited Card Draw Speed.

In this form, Rose is a murder machine. He consistently deals massive damage, can contextually defend well thanks to his stats, limited Sustained Damage Cut Effects, and Ki Reduction effect on hit, and can essentially ensure a kill on any target with his hand-refreshing main ability.

In optimal conditions, SP Goku Black GRN is one of the strongest Offensive fighters in the game, but it takes a skilled hand to take advantage of what he offers.

Both of SP Goku Black GRN's forms are incredibly strong. His Debuff spreading in his untransformed state can give way to a truly nightmarish amount of damage if the transformation is timed correctly.

With that 50% Damage Received Debuff active, the Rose form, and the numerous Buffs it comes with, namely the 25 Ki Restoration, the constant 70% Damage Inflicted, and the +1 Card Draw Speed for 10 counts, can lead to quick kills. This is one of Goku Black's supreme strengths, 2 Main Abilities.

His transformation itself doubles as one, granting all of those excellent Buffs, and after transforming, his new Main Ability confers upon him Sustained Damage Cut and a full hand refresh, as well as another +1 Card Draw Speed Buff. Card Draw is the most important Buff for Goku Black, so having it available to him from 2 on-command sources allows for explosive turnabouts.

Goku Black's excellent ability to restore 10 Ki and gain a Damage Buff whenever he draws a Card is what makes his Combos absurdly deadly. After transforming especially, Goku Black's Main Ability gives him the opportunity to extend a Combo on command, significantly increasing his Damage in the process.

This effect has myriad uses though, such as in midrange to catch a foe unaware with a freshly drawn Blast Armored Special Arts, or to refresh his hand yet again with his excellent Extra Arts.

The continuous Card Draw Ki restoration is never a bad thing, and can be the difference between a foe living or dying. All of this combined with his extra 25% Damage Inflicted against Hybrid Saiyans, plus the absurdity of his Z Ability for the Future Tag, ensures that he'll be the premier Green Fighter for that Team for the foreseeable future.

SP Goku Black GRN can run into a few issues, mainly because of the distribution of his excellent buff packages. Goku Black is not Defensively weak by any means, but he can have some troubles in this department.

His 5 Ki Drain whenever a foe uses an arts card on him isn't quite good enough to keep him alive against many of the Meta's deadliest threats, and his Sustained Damage Cut effects are both timed and poorly designed. He gets one 40% Sustained Damage Cut for 15 Timer Counts when he transforms, and he gets the same effect for 20 Timer Counts when he uses his Main Ability.

The problem is that both of these abilities are meant to be used proactively, or rather, while Goku Black's controller has advantage, so it's entirely possible for him to never cut any damage he takes when all is said and done - the Buffs will elapse after his massively lengthy combos are finished.

Additionally, Goku Black isn't the greatest Offensive Pivot per se when his Main Ability isn't available. He only gets additional Damage Buffs when he draws cards, so switching in with a full hand isn't the greatest situation. This can be especially harmful when Goku Black swaps in after an ally dies.

This Equipment has high value now due to Hybrids being among the best in the game, further boosting Goku Black's Damage to Hybrids as well as boosting his survivability.

Please note for the God Ki Team, Come on! Let's keep this fight going! can be used here and alternatively Power Unleashed when Goku Black is not paired with 2 other Future or Saiyan Fighters.

A Pure Strike Equipment is a must-have due to Goku Black's Melee Special after transforming, boosting his overall Strike Damage as well as his Special Move.

Lastly, this Equipment provides Goku Black with additional Special Move Damage as well as boosting his Blast Attack. Alternatively, on the God Ki Team, Awakened Master Korin No. １ can be used here instead, increasing Goku Black's survivability through a pure Blast Defense Buff as well as giving a large boost to Base Strike Attack.

A lot of his toolkit revolves around his “The Pain Etched in Me” Unique Ability, which restores 10 Ki and gives him 10% damage inflicted when he draws a card. His Extra Move might not seem like much at face value due to it simply “destroying cards and redrawing them”, but due to the aforementioned Unique Ability, it’s currently one of the more effective Extra Moves in the game.

True to the nature of most Transforming units, his base stats are also incredible. This paired with his amazing Unique Abilities makes SP Goku Black GRN a mainstay on Future and a consistent core unit. He's naturally a very hard hitter, but has tons of survivability in his toolkit as well.