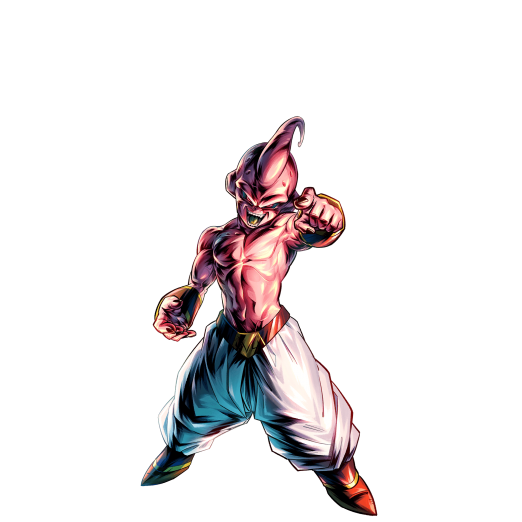 Buu: Kid makes his return after well over a year in the form of a Legends Limited Fighter. Does Buu: Kid have a greater impact to the Meta than his non-LL counterpart on release? Let’s find out.

This time around LL Buu: Kid takes the form of a strong Offensive Fighter with large amounts of Damage Inflicted, significant Healing as well as powerful Vanish Gauge manipulation.

Buu: Kid starts the fight with a large 90% Damage Inflicted with an additional 25% vs Saiyans or Regeneration Fighters, covering most of the Top Fighters currently.

Combined with Buu’s Vanish Recovery Effects: 50% Vanish Recovery for 10 Counts upon Vanishing and immediately restoring 60% Vanish up to 4 times upon using a Green Card, Buu can unleash some very damaging combos and has the ability to regain Vanish quickly to be able to stay in Battle.

Buu: Kid’s Green card, Nap Time, is among the best in the game, granting numerous Effects such as a 15% Heal, additional Arts Card Draw Speed for 10 Counts, the mentioned 60% Vanish Regained (up to 4x) and more.

This Green Card has numerous strong applications such as extending a Combo, regaining Vanish to prevent the need to switch Fighters, as well a moderate Heal to allow him to take a few more Hits.

Taken at 3*, the free Zenkai 7 Android 21 outclasses him and takes the Core of the Top Regeneration Team. Therefore, Kid Buu is limited to Powerful Opponent as his main Team, where he exists as an alternative for Regeneration.

As expected from LL Fighters at low stars, Kid Buu is below average defensively, susceptible to being taken down in a single combo by the majority of Top Fighters. However, he has numerous ways to Heal himself which will scale well as you Limit Break Kid Buu and increase his defences.

A HP Equip is necessary on almost every Fighter to greatly boost survivability.

A must have Equip for Buu, providing a direct Blast DMG Inflicted Buff as well as additional Special Move Damage.

You Will Die Along With The Earth!!

There are various choices for the 3rd Slot, this Equip provides Buu with additional Special and Ultimate DMG with a double Buff to his base Offense stats.

Alternatively, Aaaahahaha! can be used for the HP Restoration Buff, boosting his own significant healing with a double Offense stat Buff. Or Awakened Your essence is mine! can be used for more of a tank build.

Kid Buu would be S Tier at 6 stars

His toolkit works very well with itself in the sense that he has ways to increase his Vanish Gauge recovery, but also Debuffs the enemy/receives Ki the longer he stays on the field. He’s one of the most annoying Fighters in the game to face, but also one of the harder hitting ones especially if limit broken.

Due to limit breaks, we still prefer SP Android #21 BLU on the Regeneration core, but the Blast-based Regeneration team with Kid Buu and SP Piccolo YEL is not far off. Alternatively, we like Kid Buu as the primary blue for Power Opponent.