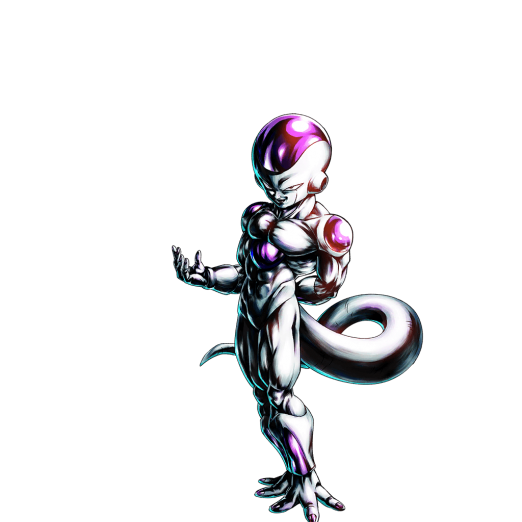 The menace of the DBS Broly movie, SP Final Form Frieza RED, has arrived and looks to be a real terror in the PvP meta-game.

His toolkit is sort of a hybrid between SP Demon King Piccolo YEL and SP Omega Shenron RED where Frieza can steal Dragon Balls from opponents and also gets stronger, depending on the amount of Dragon Balls that he has.

SP Final Form Frieza RED is a great addition to the Lineage of Evil Team and has made the team better.

SP Final Form Frieza RED’s Extra Arts - “ Psycho Capture” is nothing short of the word broken. With this card, Frieza can continuously steal your Dragon Balls which will prevent the opposition from using their Rising Rush while simultaneously allowing you to get yours quicker.

It also has a 100% chance of paralysis which some consider is better than faint. This RNG status effect can cause real problems for your opponent and put them in situations that will be devastating.

SP Final Form Frieza RED is similar to SP Champa YEL where they continuously debuff the enemy whenever they attack or enter the battlefield. With every Strike or Blast arts that Frieza uses on the opponent, he debuffs them to take 25% extra Damage and reduces their healing capabilities by 50%.

This ability is great against Fighters that heal after taking a combo, have healing capabilities from their Extra Arts, Main Ability, etc.

Frieza is great at stalling opponent’s attacks by reducing their ki by 50 each time he lands a Blast Arts. This will force your opponent to charge up their Ki before engaging which is useful for stalling.

He regains 40% of his HP which is similar to SP Full Power SSJ4 Goku GRN. It destroys your opponent’s cards and removes all of their buffs. The ability to remove buffs with his Ultimate Arts is powerful against Fighters such as SP SSJ2 Youth Gohan RED.

By using his Main Ability, Frieza can severely reduce the length of an opponent’s combo since he reduces their card draw speed by 2 levels.

While SP Final Form Frieza RED has good Damage at certain points in a match, his Damage becomes low at the beginning of a match and after a Rising rush has been used because he won’t have any Dragon Balls to increase his Damage.

Lineage of Evil has been in desperate need of a new RED Fighter since SP Golden Frieza RED has become severely outdated, and SP Final Form Frieza RED is more than they could have asked for. He certainly has made the team better due to his good Damage and utility against other top meta teams.

With SP Final Form Cooler BLU and SP LL Frieza PUR supporting him, SP Final Form Frieza RED can be a real menace to any team in the game.

Sadly, SP Final Form Frieza is not the best RED fighter for the Sagas From The Movies team as he falls behind SP Super Gogeta RED. Nevertheless, SP Final Form Frieza RED is a viable option if you don’t have the aforementioned Fusion Fighter and gives a double buff with his 6 star Z Ability.

A HP Equip is optimal for every Fighter in the game, greatly increasing survivability.

This Equip provides Frieza with all-round Buffs with an additional Buff for HP Restoration, working well with Frieza's 40% Heal on landing his Ultimate Move.