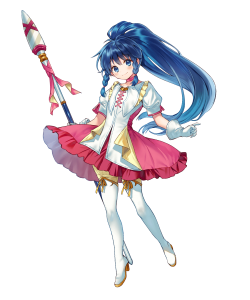 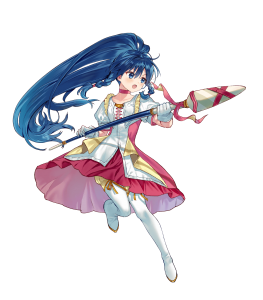 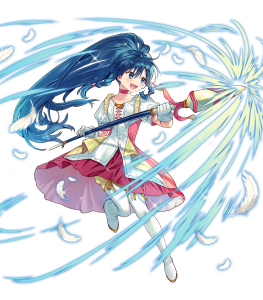 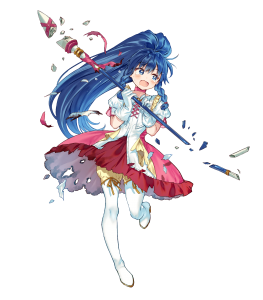 Passive B: S/D Near Trace

* teleports behind you * (Aether Raids Defense)

Passive B: S/D Near Trace / Lunge

have you ever had a dream, um, that, um, that you— (General Offense / Damage Focus)

Passive B: Dive-Bomb / S/D Near Trace

Tana’s exclusive Lance of Frelia distinguishes the young princess from her peers through its unique ability that lets her move to any tile within two spaces from nearby allies—an effect similar to that of Halloween Nowi’s refined Grimoire, but on a unit with a much more potent statline.

In practice, this translates to a substantial boost to Tana’s mobility and reach, as she can easily threaten distant enemy foes without much difficulty. Lance of Frelia’s inbuilt Slaying effect and effective +6/+6/+10/+10 stat boost only cement her offensive lean, altogether making Tana a fearsome Player Phase threat with the means to shine in a variety of different applications.

In addition to the power of her lance, Tana’s offensive statline of 39 Attack and 41 Speed itself is excellent and provides strong raw damage output and follow-up consistency; even without accounting for Lance of Frelia, her innate combat potential is in a very good position. Both of these stats are also available as four-point Assets as if their base values weren’t enough, making us all question what in the world these babies are eating.

Her flying status complements Lance of Frelia perfectly and lets her fully exploit its teleportation effect with the inherent advantage of being unaffected by most terrain. This status also comes with other crucial advantages like class-exclusive buff support and the ability to equip useful flier-exclusive abilities, such as her base Atk/Spd Rein. Since Tana happens to be melee, she  can access S/D Near Trace, Dive-Bomb, and Odd Tempest as well for even more frontline superiority.

Unlike many of her fellow pegasus riders, Tana’s flying status is much more of a strength than a detriment (especially due to the introduction of Trace skills), but it still comes with a few drawbacks. Most notably, it makes her exceedingly weak to incoming archers—an enemy type that is rather prominent currently—and also prevents her from leveraging some skills that would have been greatly useful to have as options, like Time’s Pulse and Null Follow-Up.