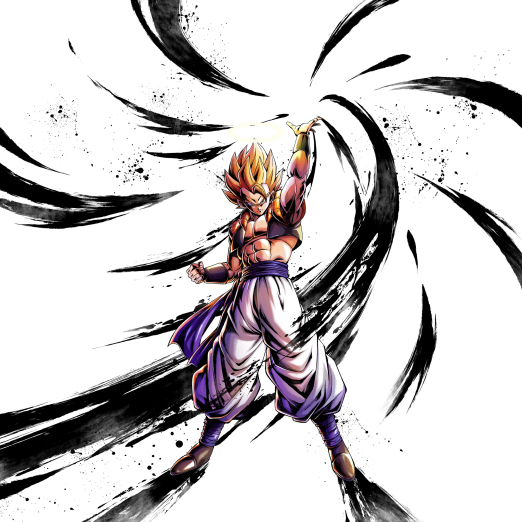 The first Fusion Warrior to appear in Dragon Ball Legends, SP Gogeta RED, has become a force in the meta-game once again, due to his Zenkai Awakening.

His Zenkai Awakening has now given him even more Damage when he uses either a Strike or Blast Arts and has made it so that, no matter which card he uses, he gets Damage Inflicted for both Strike and Blast arts.

His Extra Arts - “Just Give Up” got a huge upgrade with his Zenkai Awakening, which makes it a very oppressive tool in neutral and after you dodge an opponent’s Blast Arts.

The Power To Reach Infinity

SP Gogeta RED’s Unique Ability - “Ultimate Fusion” now gives him 20% Damage Inflicted for both Strike and Blast Arts. This ability combined with his other Unique Ability -” Power That Surpasses Time” which gives him 50% Damage Inflicted and +1 to Card Draw Speed allows  SP Gogeta RED to ramp up his Damage endlessly. His ability to ramp up Damage quickly makes him one of the hardest hitters in the game.

His Special Move does massive Damage and has a chance to inflict Faint, a game-changing and potentially game-winning mechanic. If it does land, it's incredibly likely that either Gogeta or one of his Teammates can finish the job with their overwhelming Offensive toolkits.

The Extra Arts That Wins Games

As mentioned before, SP Gogeta RED’s Extra Arts Card got a huge upgrade from what it was previously. It now gives him 50% Damage Inflicted for 20 timer counts, removes all of your opponent's buffs, and seals your opponent's Blast Arts even if you miss it.

This Extra Arts Card is one of the most oppressive cards in the game, due to the fact that it stops Tap attacks (which are generally used after you dodge an opponent’s Blast Arts), Strike Arts, and Tackles( which are often used at midrange to initiate a combo or to get your opponent to use their vanish gauge).

The biggest change though is the fact that it is now combo-able with every card in the game which now puts a lot of pressure on the opposition when it comes to how they plan to initiate their offense when Gogeta is present on the field.

The Fusion Warrior That Can Last

SP Gogeta RED now gets last man standing capabilities with his new Unique Ability -” I’ll avenge you” which gives him 20% Damage Inflicted and 30% to Ki Recovery for each battle member that dies. It’s obvious that Dimps wanted this unit to be a fighter that becomes extraordinarily powerful in a last man standing situation.

This is a very minor weakness but SP Gogeta RED doesn't have access to a Ki Recovery increase unless a battle member dies.

SP Gogeta RED is the first Fusion Warrior to receive a Zenkai and rightfully so. Due to this, he has become one of the core members of the team alongside SP SSB Vegito BLU and SP Kefla GRN. With SP Gogeta RED, the Fusion team has become slightly better than before.

With SP Gogeta RED’s Zenkai Awakening, he is now a viable option to partner alongside SP Bardock BLU, reminiscent of the “Holy Trinity” team. SP SSJ Bardock BLU’s support abilities coupled alongside this Gogeta can deal devastating Damage to any unit in the game, even BLU units.

This Equip requires a double Base Strike Roll, greatly increasing his Strike output. Alternatively, This is the Kaioken! can be used here.

Please note for the Saiyan Team, Mind your own business, Tin Men! takes this Equip's place.

A Pure Strike Equip is a must-have for Gogeta.

As always, a HP equip is recommended on all Fighters. There are various alternate options here, notably This should be Fun! and No Way... can be used here.