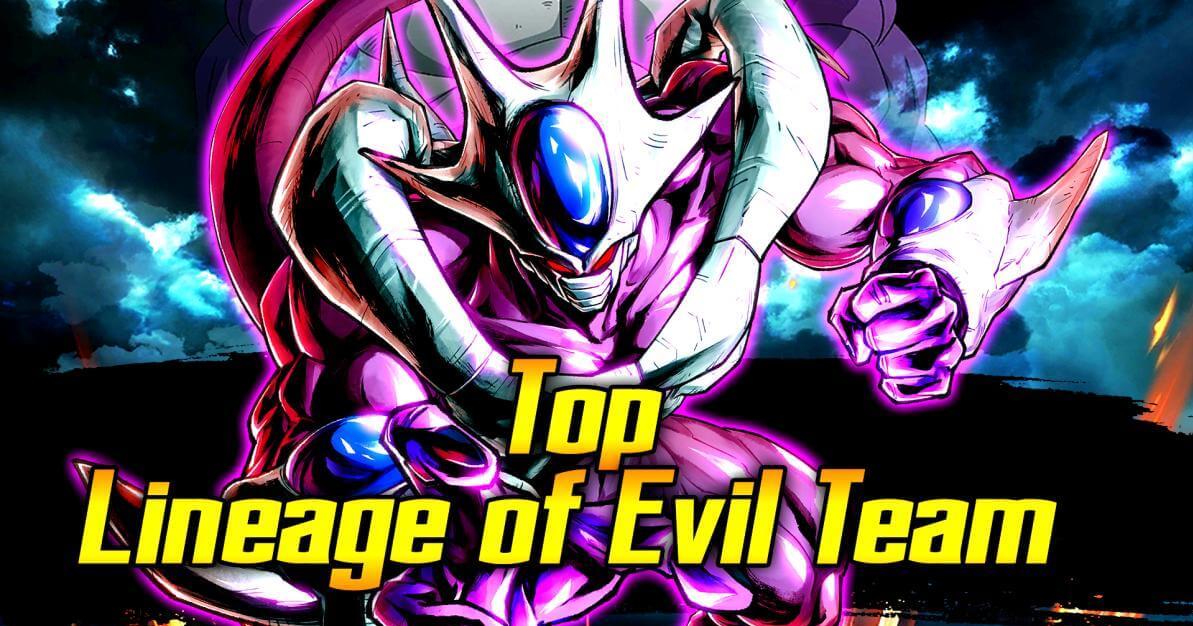 Lineage of Evil is finally moving in the right direction again with the addition of SP Full Power Frieza YEL, who fits well on this Team thanks to his versatile Offensive tools. Before him, the Team suffered a long drought in terms of releases, so even great Fighters like Z7 SP FF Cooler BLU and SP FF Frieza RED looked quite underwhelming for a very long time.

Offensively, the Team is quite powerful, mainly thanks to Z7 Cooler's Support, that makes all his allies threatening forces right off the bat. SP FF Frieza RED and SP Full Power Frieza YEL are probably the Fighters you'll use alongside him the most, as they bring a lot of tools to the table other than being great Damage Dealers; Debuffs, Paralyze, Dragon Balls-related Effects, Blast Armor, Anti-Endurance and even more, these two variants of Frieza just provide a mix of meta relevant Effects, which make the Team ready to face all kinds of Fighters.

It's worth mentioning that even the ancient SP 1st Form Frieza PUR is still viable on the Team, as pairing him with FF Cooler and using one between FF Frieza and Full Power Frieza as the "top Damage Dealer" can be a successful Offensive strategy. While it's true that 1st Form Frieza is useless when you ignore his Supportive Effects, the things he's capable to do still considerably benefit the rest of the Team in the flow of the Game, and he even provides an extra Special Move in the deck which is perfect for Full Power Frieza specifically.

The Team's clear issue is the poor durability, as most LoE Fighters are susceptible to being one-comboed. This can be partially fixed by using Metal Cooler RED instead of FF Frieza, but it's often not enough, and removing Frieza is also a tough blow for the Team's Offensive potential.

All in all, Lineage of Evil is a Team whose firepower will scare plenty of opponents, however its glaring flaw make it vulnerable in plenty of cases.

He's a really good Offensive option as he can deal good Damage as well as Support his allies, but ultimately SP FF Cooler BLU provides more to the team.

He's a great option against Saiyan thanks to the Buffs he specifically gets against them, but against any other Tag he's pretty bad.