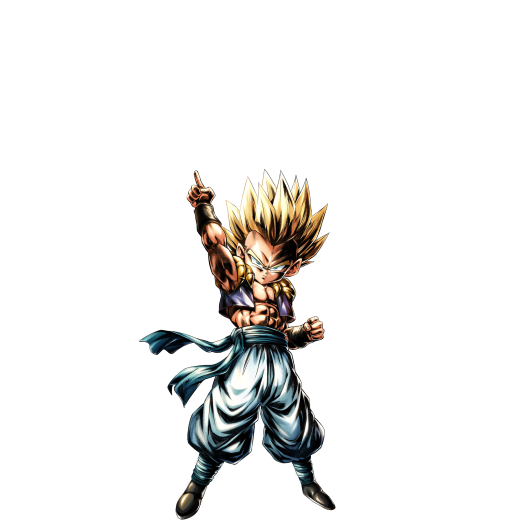 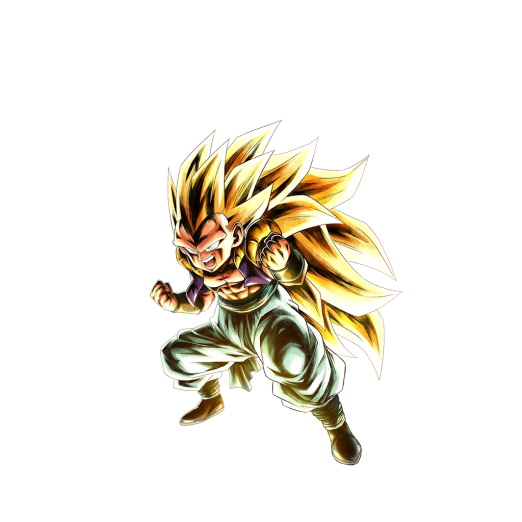 The least iconic Fusion character joins the Game again, this time boasting a much more Offensive focused toolkit compared to his older SSJ3 variant. In fact, just like in the anime, SP SSJ Gotenks RED will be able to bulldoze through most opponents thanks to his consistent collection of Offensive Buffs.

Prior to his release, there was some fuss regarding the duration of his Transformation, which was misleadingly teased as 30 Timer Counts by the monthly V-Jump, when it’s actually 40, more than long enough to be manageable.

All in all, this Fighter is very important for all Fusion Warrior and Hybrid Saiyan Teams. His overwhelming Offensive prowess and fatally long Combos seal the fate of his opponents.

SP SSJ Gotenks RED’s Offensive power once he Transforms is truly terrifying. Not only does he get a massive +50% permanent Damage Inflicted Buff and Arts Cost reductions, his Post-Transformation Main Ability, which is active after a mere 5 Timer Counts, gives him everything he needs to spread havoc.

It provides him with Arts Draw Speed, an Effect he’s capable of leveraging astoundingly well thanks to his lowered Arts Cost and  the stacking +20% Damage Received Debuffs he inflicts on his foes every hit.

Also, it’s worth noting that his Special Move hits like tactical nuke, making him an overall monster despite lacking an Ultimate Move.

Once he activates his second Main Ability, SP SSJ Gotenks RED becomes quite durable thanks to the steady Healing Effect and +20% Damage Reduction he receives. Also, he has a Cover based +30% Damage Reduction, so it’s safe to say that this Fighter can Tank decently well.

Between his Tags' fantastic Defensive Benches, his innate Damage Reduction effects, and his high base stats, SP SSJ Gotenks RED is more than capable of acting as his Team's primary Defensive Fighter, a role that few brutal Offensive Fighters can claim to fill.

SP SSJ Gotenks RED is a very complete Fighter, but he also has some weaknesses. Mainly, despite his Transformation lasting long enough for him to be really impactful, in very long matches it might elapse, leaving him exposed to risks.

Secondly - although it’s not really a weakness - Gotenks' Ki Drain per hit Effects might look great at first glance but it's hardly notable, since the opponent Restores Ki while being Comboed.

SP SSJ Gotenks RED replaces SP Vegito RED as a Core Fighter thanks to being a more complete Fighter for the Team. Overall, Fusion Warrior is a fast paced Team, so a Fighter like SP SSJ Gotenks RED naturally fits really well in it, and he's doubly important considering that he replaces its main Tank.

SP SSJ2 Kefla GRN is the best Blue counter Fighter in the game, so her presence alongside Gotenks is part of what makes him such an overwhelming Fighter. If Kefla is capable of activating one or two of her Support Passive triggers, Gotenks becomes unstoppable.

SP SSJ Trunks:Battle Armor RED and SP SSJ Gotenks RED were released one after the other, but the latter is clearly superior both in Damage and in Durability, so he’s a very good addition for the Strike-Focused Hybrid Saiyan Build. Trunks still has a stronger Z-Ability, but in all other aspects, Gotenks is stronger.

SP SSJ Gotenks RED has amazing well rounded Damage potential, Combo potential, and a means to defend himself via his Cover and Ki Reduction. Outside of his timed Transformation, he does well in most aspects.

However, the best theoretical Team is always taken into account for the Tier List, and while he might be hard to get, EX Gogeta RED is superior to him on the core as well as SP Super Gogeta RED