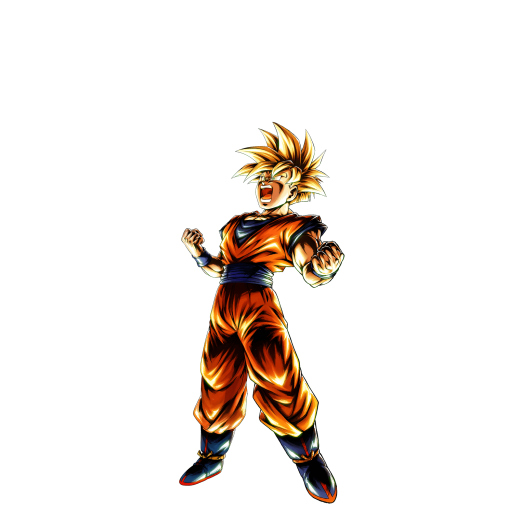 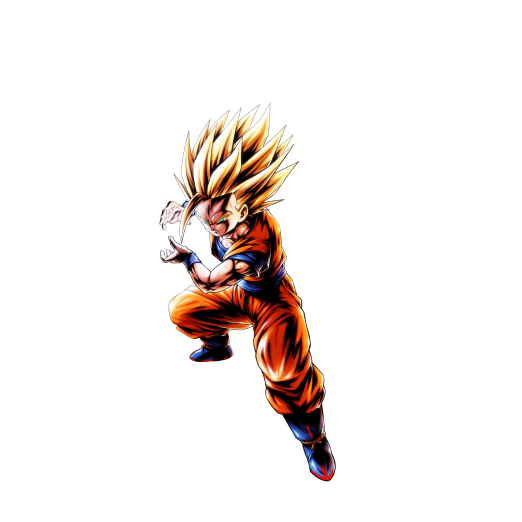 This Gohan variant hails from his clash against the brutal Space Pirate Boujack and is truly something to behold. What makes this Fighter unique is a near-perfect kit that is a constant nuisance to fight. SP SSJ Youth Gohan YEL differs from other Transforming Fighters by having a fundamentally different playstyle post-Transformation.

As a Super Saiyan, SP SSJ Youth Gohan YEL is a Defensive Fighter who reduces Damage Received upon entering the battlefield the first two times and stacks permanent Buffs after enduring his first two Combos.

Upon Transforming, Gohan transitions to an oppressive Offensive Fighter. Goku’s successor prevents his enemy from Switching for a whopping 10 Timer Counts, gains access to Crisis Buffs, and upgrades his Special Move Arts Card as well, becoming a dangerous, Meta-changing force that all players should be prepared to face.

This Special Arts Card is one of the most powerful neutral tools in the game, blowing enemy Fighters at close and mid-range to long range and seamlessly linking with all other Arts Card types.

It can be activated incredibly easily when Gohan dodges an opponent's Strike or Blast Attack.

One thing worth mentioning, however, is that this move never trumps the Rising Rush, so though it is safe to initiate in most situations, it is best to be mindful of the enemy's Rising Rush progress to avoid a disaster.

One Hit One Count

SP SSJ Youth Gohan YEL has access to one of the most damaging Special Move Arts Cards after Transforming, which is further enhanced by his Crisis buffs.

The fact that it is accessible after a mere 5 Timer Counts post-transformation via his upgraded Main Ability gives it absurd flexibility. After Gohan locks in an opponent, he needs to only hold out for 5 Timer Counts to strike his captive foe with his Special Move Arts, which contributes to his kit's internal synergy.

Common teammates for Gohan like SP SSJ Teen Gohan GRN and SP Full Power Boujack PUR can double down on the effectiveness of this Special Move Arts Card with Buffs that make it easier to weave into Combos or increase its already significant Damage potential.

In Gohan’s SSJ2 state he gains access to a slew of Crisis buffs depending on his number of downed allies, including a conditional Damage buff when facing Sagas From the Movies Fighters. This Ability of his lets him check popular Fighters of that Tag, most notably, himself.

As one Meta's most powerful Yellow Fighters, Gohan matches up fantastically well against most of the meta's best Teams, as Purple Fighters are nigh universal. Gohan is an important facet of the Meta's balance.

What truly makes SP SSJ Youth Gohan YEL stand out among Offensive Melee Fighters and Defensive Fighters is his potential to fill both roles optimally simultaneously.

Because of his incredible Defensive capabilities, he can act as his Team’s primary Defensive pivot at the start of the match. His Cover Ability even decreases enemy Dragon Balls, giving him many ways to slow down the enemy onslaught.

Upon Transforming, Gohan keeps the Buffs he accrued pre-Transformation, guards against the next three status ailments, heals himself, boosts his Damage, and prevents the opponent from switching for 10 Timer Counts, instantly putting the enemy at a disadvantage.

While some Fighters can claim to surpass SP SSJ Youth Gohan YEL at one of these roles, none can fill all of them like he can.

Cool in a Crisis

Gohan's power extends to the late-game as well, where he picks up Arts Cost Reductions and Special Move Arts Damage Buffs per defeated Battle Member.

As the final living Fighter on his Team, his Special Move Arts has the potential to utterly annihilate any unfortunate soul who faces him.

Against Sagas From the Movies enemies, Gohan gains an additional Crisis Buff per fallen ally, firmly establishing him as one of the best mirror-match Fighters in the game.

If a player using SP SSJ Youth Gohan YEL wants to get the most out of his toolkit, they need to wait for him to survive two Combos before using his Transformation, limiting the flexibility of his Switch Lock.

The Lock itself is so powerful that often it will be worth it to eschew accruing all of Gohan's pre-Transformation Damage Buffs in favor of immediate advantage, but doing this will somewhat gimp Gohan's Damage for the remainder of the match.

"I Think it's Your Movie Next" (RIP DBZA)

This Team has been Buffed to the point of absurdity with the release of SP SSJ Youth Gohan YEL. Gohan synergizes very well with SP Full Power Boujack PUR and SP Vegeta BLU or the incredible SP Broly: Cheelai BLU, forming a deadly core sporting strong Offenses and Defenses. While this example Team is fantastic with Gohan at the helm, it is far from the only viable Sagas From the Movies Core.

Even YYB Color Counter Sagas Warriors is possible due to the absurd synergistic power of EX Legendary Super Saiyan Broly YEL - one of Gohan's best Supporters. This dynamic duo can be rounded out by either EX Zangya BLU or SP Super Saiyan Teen Gohan BLU.

One fantastic set Gohan can serve as the centerpiece of is a Lineage of Evil Sagas Warriors Team, starring Zenkai 1 SP FF Cooler BLU and SP Cooler PUR, both of which can draw Extra Arts Cards that Gohan can use to terrorize his foes with guaranteed Combos.

Alternate choices are SP Super Saiyan Youth Gohan GRN, who can exponentially increase the Damage of any Hybrid Saiyan fielded with him, and SP SSJ2 Youth Gohan RED, who is still a stellar Fighter that can shore up the Team’s weakness to Yellow, though his held Blast Cards will decrease SP SSJ Youth Gohan YEL’s overall Damage.

Gohan fits well on existing Son Family builds as the Tag’s most powerful Yellow Fighter. Gohan’s power is exponentially increased by SP SSJ Goten PUR, who grants many pivotal Buffs to this Fighter.

The arrival of the dynamo Offensive and Defensive hybrid, SP SSJ4 Goku PUR, has given way to a Strike-focused Son Family Team composition.

Deadly Son Family killers like SP Angry Goku BLU and SP SSJ Gohan BLU protect the prophesied protege from Red Fighters that give him trouble. SP Saiyan Saga Goku BLU, one of the strongest Support Fighters in the game, can shred through enemy Reds and double down on Gohan's Crisis utility.

SP SSJ3 Goku GRN's periodically incredible Offense and Defense is supplemented by Gohan's ability to threaten Purples. Another Green option is SP Goku GRN, whose stone-wall Defense and veritable nuke of an Ultimate Arts keep his Team strong to the bitter end.

His signature move is to lock an opposing Fighter, Combo them and land his Drawable Special Move Arts Card from his second Main Ability, which only requires 5 timer counts. This Equip helps him potentially kill some Fighters in a single Combo as a result.

This makes him even more durable and gives him a lot of Strike Attack as well. He appreciates the Defense in the first half of the match, and the extra Strike Damage in the latter half of a fight.

On Sagas From the Movies Teams, this Equip is downright mandatory, as the pure Buff it provides to Strike Attack scales incredibly well with the prodigal Saiyan's other Buffs. The added Defense and Critical also contribute to both of his gameplans.

On Teams that pair Gohan with Son Family or Hybrid Saiyan Allies, this Equip can be used instead of the one above, as it greatly enhances both of his Offensive Stats, and grants a pure Buff to his Strike Defense. This lets him tank far better and even utilize his Blast Attack to a greater extent.

SP SSJ Gohan Youth YEL is still agood Fighter, and his iconic Combo which can take out some Fighters in a single blow if the stars align for him is still quite oppressive, but Sagas From The Movies as a whole has been hurt by the recent updates. They've not had many new releases, and are simply not as effective as other Teams like Future, God Ki, or even Saiyans and GT. He still works in Hybrid Saiyans, but they have better options in the yellow slot in SP Goten YEL now