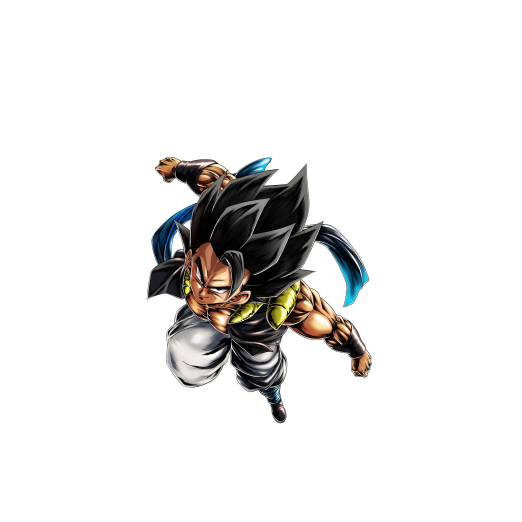 Despite being an Extreme rarity character, EX Gogeta RED is one not to be taken lightly. This character may as well have been a SPARKING. This Gogeta is meant to only be used on the Fusion Warrior team due to his Fusion and Fusion Warrior Z-Ability, and his Support only working for fellow Fusion Warriors. This does limit his Team variety, but Fusion Warrior has always been consistently relevant.

From excellent Strike Damage, to Support qualities the Fusion Warrior Team was dying for since their inception, EX Gogeta RED solidifies himself as the primary Red for quite a while.

EX Gogeta RED has a Team heal which is great for his entire Team, and especially units such as SP Vegito YEL, who don't have any form of healing themselves. He also gives the Team 20 Ki every switch out, and up to thirty percent more Damage inflicted which can be devastating for opposing teams seeing as Fusion is one of the hardest hitting teams in the game.

EX Gogeta RED has extremely high Strike damage which fits the current mold of the Fusion Warrior Team. That paired with his increased card draw speed gives him a consistent stream of Combo potential.

EX Gogeta RED reduces 70% of the Damage taken for the first Attack he receives. This has the ability to Tank Rising Rush in the early goings of a match.

His Extra Move also allows him to regain all of his Vanish Gauge, albeit this is only the first time used. Even so, it's still an incredibly effective ability which can catch many off-guard.

Luckily the Fusion Warrior Team is pretty heavily Strike-oriented, but even so, his Blast Attack leaves a lot to be desired.

Even though his Special Move has Blast Armor, it’s very basic when it comes onto its effects which is a mere 15% Damage inflicted for 15 Timer counts.

His Support qualities only work for Fusion Warriors, which is a top-three team in this metagame seeing the arrival of SP SSGSS Vegito BLU has pushed them over the edge. With SP SSGSS Vegito BLU solidifying himself as the best Fighter in the game, he should remain relevant for a long time. Other core members alongside him will be SP SSJ2 Kefla GRN, SP Super Vegito PUR, and the aforementioned SP Vegito YEL.

He’s basically like EX Whis RED of last year in terms of effectiveness. He gives Fusion Warriors a 10% Damage inflicted Buff (up to 30%) and restores Ki by 20 when switched to standby. He reduces Damage by 70% the first time he’s attacked, which can be deceptively effective if he’s kept on the sideline until the enemy uses a Rising Rush or Ultimate Move. His Extra Move also restores Vanish Gauge by 100% the first time it’s used.