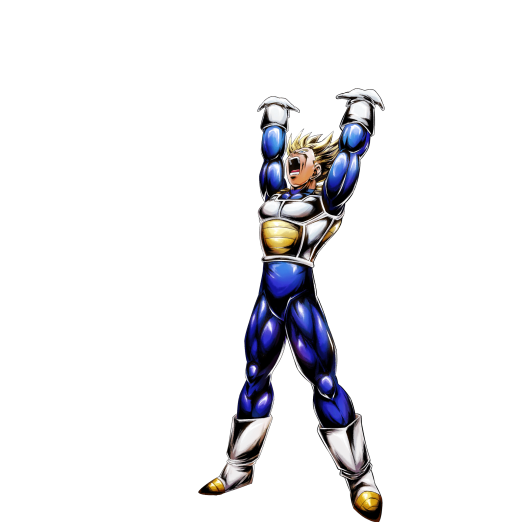 This fan favorite incarnation of Trunks has finally arrived, and while he's not overwhelming enough to carry his Main Tags to prominence by himself, he's a menage individually.

Aside from his generically strong Offensive Kit, his ability to hamper enemy Health Recovery Effects and deal additional Strike Damage to Regeneration Fighters makes him a killer in the current Meta.

Though SP SSJ Trunks: Battle Amror RED is held back by lackluster Team options and fierce competition, he remains a stellar option on Vegeta Family, Hybrid Saiyan, and Future Teams.

Trunks grants himself +20% unstackable Strike Damage and +30% Damage Inflicted the moment he enters the field, making him a great pivot, and his prowess increases drastically in proportion to the time he spends in combat.

All of his Arts Cards decrease in cost by 5 after 3 timer counts, and after 8 and 12 timer counts respectively, he gains an additional +30% Strike Damage and +20% Damage Inflicted. In Crisis scenarios, or scenarios where Trunks' Extra Arts Card is available, it is more than possible to reach these timer counts thresholds, at which point Trunks becomes a brutal attacker.

GET OUT OF MY TIMELINE!

Leading into this is simple with Trunks' borderline broken Extra Arts Card, a ranged projectile that begins a combo, restores his Vanishing Gauge by 60% the first two times it lands, and Restores Trunks' Ki by 50. The best part about this card is the fact that it inflicts all characters on Standby with 3 Substitution Counts on hit, essentially locking Trunks' target in.

These two abilities can very easily claim the life of Trunks' target. If his Extra Arts manages to land after Trunks has been on the field for some time, his scaling Offenses are all but guaranteed to seal the deal.

SP SSJ Trunks: Battle Armor RED's efficacy against Regeneration Fighters is his most excellent aspect in the eyes of much of the playerbase. Not only does he hamper their core attrition gameplan by reducing the strength of all Health Restoration Effects by 40% on entrance, he also has an innate +30% Strike Damage against the Tag.

Trunks' bulk isn't horrible, given that he has 15% Damage Mitigation for 15 Timer Counts when he enters the field and that his Z-Ability Buffs a Defensive Stat.

That being said, however, Trunks' Teams have very poor Defensive pivots in general. Enemy Blue Fighters that get the better of Trunks will be able to run roughshod over the rest of Trunks' Team, reducing his Defensive capacity overall.

Unfortunately for Trunks, a superior Red Fighter, SP SSJ Gotenks RED, functions better on this Team than him. Despite Trunks losing a direct comparison to Gotenks, Trunks still has some tricks up his sleeve.

His Z-Ability is superior to Gotenks, he has Crisis Utility, and his Anti-Regeneration utility gives him a niche. Alongside SP SSJ Youth Gohan YEL and SP Teen Trunks PUR, Trunks can very easily tear through any enemy.

The Support of the aforementioned SP Teen Trunks PUR, as well as SP SSJ Teen Gohan GRN each give Trunks serious firepower, with which he can carry this Tag to victory.

Trunks definitively turns the Vegeta Family Tag into a Strike-oriented Team. With his ascended father, SP SSGSS Vegeta GRN, Trunks simply shreds through his foes, and Vegeta guards him from problematic Blues.

SP Vegeta BLU and SP Teen Trunks PUR are the strongest tertiary core Fighters. The former's neutral dominance with Blast Armor and the latter's Support are each situationally brilliant, and ought to be relied on in specific match-ups.

A must-have Equip, boosting Trunks survivability as well as his Ultimate Move.

A top priority Equip for the majority of Melee Vegeta Family Fighters,

This Equip provides Trunks with a very large Base Strike Buff, alternatively This is the Kaioken can be used here.

It's quite difficult to activate his "Eradicate Evil" stay-in Buffs in a Meta where so many units are susceptible to being killed in one or two Combos, but he still has many other ways of amounting very high Strike Damage. His problem is he's simply been replaced multiple times.

His Ultimate Move has held up pretty nicely, as it can still do nuclear amounts of Damage in the right situation, but he's still aged considerably to be used consistently.