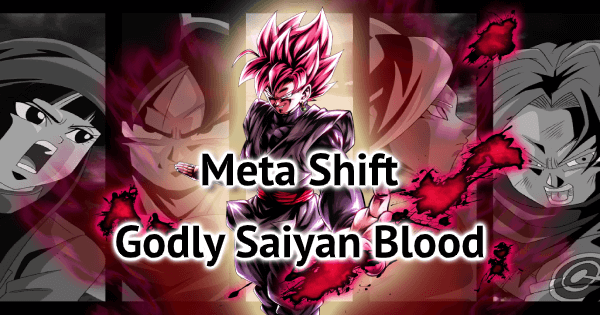 Black Friday is here! As everybody expected, a Step Up has been released for this Event, featuring two massively hyped Fighters: SP SSR Goku Black RED and the only one that could beat him hard enough to deserve a LF, SP SSB Vegeta GRN. This is a particularly nifty Banner, because it Buffs three Tags that were needing new Fighters, namely: God Ki, Vegeta Family and Future.

Also, Legends Tickets have been added to the Game. In fact, by pulling in Step 4,5 and 6 you can get those tickets. By using those, you can get the Fighters that are listed in the respective Exchange Shop section. However, while some of the strongest Fighters in the Game are featured there, the Ticket requirement is enormous. This isn’t too bad though, since these tickets won’t reset once the Banner goes away, which means we’ll be able to stack those up over time. 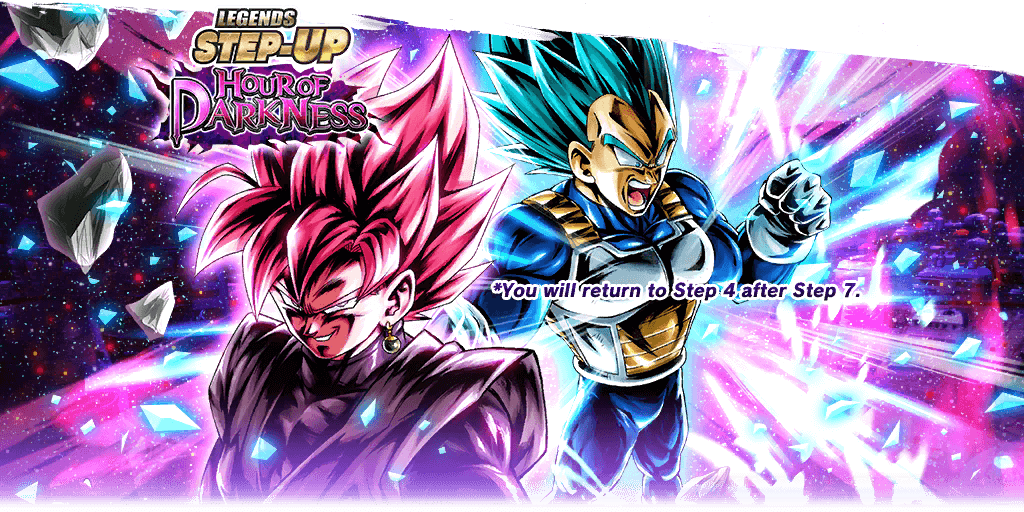 God Ki is the clear winner of this Banner, since both of the new Fighters are optimal here. Prior to this release, this Tag wasn’t bad at all, boasting very respectable Team Synergy and some great Fighters such as SP SSB Goku BLU. For these reasons, the new Fighters are already enough to push God Ki all the way up to the highest Tier in the Meta.

In Battle they’re very practical to use. Right off the bat, SP SSR Goku RED inflicts to all his opponents a permanent Damage Received Debuffs that makes the Team perform considerably better Offensively. The Team’s Durability is quite high thanks to the mix of Great Z-Abilities and Defensive Unique Abilities.

Moreover, thanks to high Ki Restore, Arts Draw Speed Abilities and four Ultimate Moves in total, God Ki has the means to quickly end a Match with a victory.

Overall, God Ki approaches the top of the Meta, and it looks like it’s here to stay.

SP SSR Goku Black RED is a much needed addition for Future, but he’s not going to bring this Tag back to its long-lost shape by himself. At the current state of things, Future is flawed Z-Abilities wise, since one of its better Fighters -- SP Teen Trunks PUR-- doesn’t even Buff the Tag, and generally its Z-Abilities are not the best due to only Boosting a specific Stat most of the time.

The new SP SSR Goku Black RED’s toolkit blends in quite well with SP Perfect Cell YEL’s and SP Goku Black PUR, those three together make a decent Team. Also, even considering that SP Teen Trunks PUR doesn’t Support him through his Unique Ability, they pair up greatly thanks to the fact that both of them are Strike-focused. Meanwhile, his link up with SP Gohan GRN is quite iffy, since the the latter doesn’t really want do deal with Strike Cards.

Overall, SP SSR Goku Black RED is a must on this Team and he surely will be needed in the future once this Tag gets more releases.

Just like SP SSR Goku Black RED, the second best SP SSB Vegeta GRN’s Tag is quite flawed, maybe in an even worse way. In fact, Vegeta Family doesn’t even have six Z-Abilities. Most importantly, the Team lacks a Health Z-Ability.

Offensively, the Team is fantastic. SP SSB Vegeta GRN synergizes perfectly with both SP Vegeta BLU and SP Teen Trunks PUR and he brings to the Team a much needed Defensive Unique Ability that makes him a great Cover Fighter for the Team.

This Banner’s new Fighters are great, but the fillers are outdated. However, this might be a chance to make their Z-Abilities acceptable if you haven’t pulled multiple copies of them already.

You should pull if your plan is to strengthen your God Ki Team, SP SSR Goku Black RED is featured at 1% and he already makes the Team much better by himself.

Meanwhile, if your God Ki Team isn’t great, but you want to make your Future/Vegeta Family Team better, this Banner’s value isn’t that high since those Teams aren’t ready to shake the Meta yet -- Specifically, if you want to use Vegeta Family, good luck chasing a LF Fighter--.