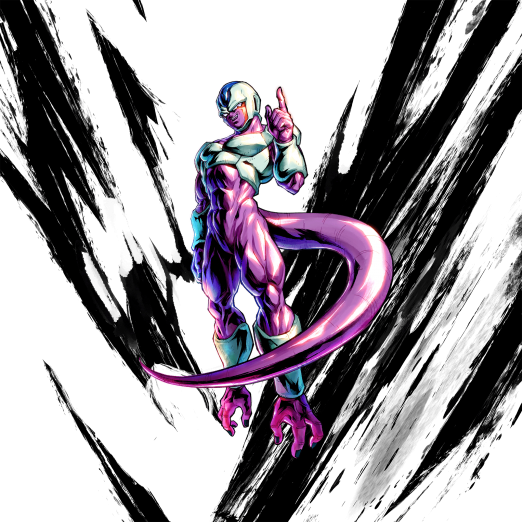 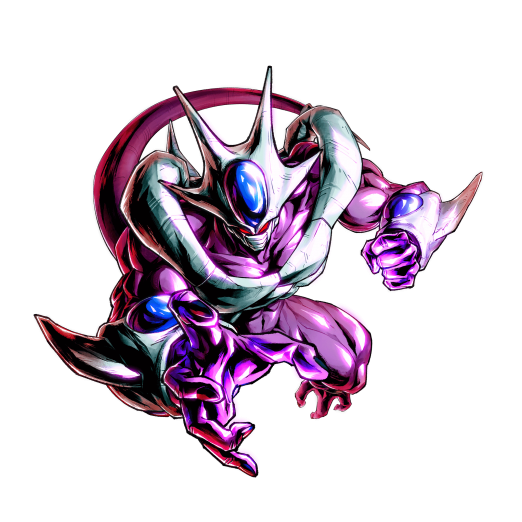 This Cooler variant gives Lineage of Evil anything they’d ever want, in the form of a flexible Defensive Support Fighter with unique Crisis Utility.

SP Cooler PUR's excellent combination of combat roles allows him to act as an Offensive Duelist with his neutral tools, a Supporter thanks to his conditional Damage Buffs, and a Last Man Standing Fighter due to his Sustained Damage Buffs tied to a Crisis mechanic.

Once SP Cooler PUR gets the opportunity to Transform, he becomes a Defensive brick wall with excellent utility to boot. His Blast Armor lets him effortlessly glide through enemy Blast Arts, Buffing both him and his allies in the process, as they all receive a Damage Buff after each attack Cooler Sustains.

Cooler can even act as a consistent Extra Arts Card supplier, as he can snag them both on Transformation and via his Main Ability after doing so. SP Cooler PUR shines in every aspect of combat once he gets going, and is a deadly Fighter every player should prepare an answer for.

The Thickest in the Universe

He's arguably the most durable Fighter in the game once he Transforms, as his Health, Defenses and Unique Abilities are all sky-high, letting him to take an insane amount of punishment.

Part of his Defensive Utility is thanks to his pre-Transformed state, which grants him two free Status Ailment Negations and a consistent Health Restoration Buff for 40 Timer Counts when the Battle begins.

Beyond that, he boasts Blast Armor thanks to his Strike Cards, the Ability to restore 40% of his Vanishing Gauge when enemies switch characters, and a 25% Heal with his Main Ability, supplementing his absurd Bulk with a peerless Defensive Toolkit.

A Leader You Can Believe In

Just in case SP Cooler PUR's Bulk wasn't crazy enough on his own, he also rewards himself whenever he sustains a hit.

Cooler's Support prowess doesn't end there. He Draws an Extra Arts Card when Transforming and from his Main Ability post-transformation, so Allies that rely on Extra Arts Cards can rest assured knowing Cooler has them covered.

These effects working in tandem with his already impressive repertoire of personal and Team-Wide Buffs let him function as one of the best Crisis Fighters in the game.

His power in the Neutral game is stellar as well; Cooler uses his fantastic combat and Buff-based Toolkit to establish himself as a comeback demon.

While Cooler's Defensive Stats are among the highest in the game, his base Attacking Stats are less than stellar. Because of this, he flounders a bit as an Offensive Pivot without Support Buffs from his Team.

In-combat, he needs to stack a few of his Damage-dependent Damage Buffs before he can really get the party started.

It's easy to forget once he gets going that SP Cooler PUR has an Untransformed state. While his base form gives him benefits like continuous Health Regeneration for 40 Timer Counts and 2 Status Ailment Negations, it's not a form Cooler wants to stay in any longer than he has to.

The party starts after 15 Timer Counts, before then, Cooler is a weak early-game Fighter.

Lineage of Evil welcomes SP Cooler PUR as its undisputed best Purple Fighter, and it will have a hell of a time replacing him. Cooler and SP Final Form Full Power Frieza YEL are arguably the best Defensive pair in the game.

A key piece of Cooler's game-plan is Support, and who better to Support than the Offensive Golden God of the Tag, SP Golden Frieza GRN? Golden Frieza can tear through entire Teams with ease with a couple of Cooler Buff stacks behind him, though the Timer Count window to accomplish that is relatively small.

Though they share a color, Cooler can work astoundingly well alongside his Purple brother, SP First Form Frieza PUR. The two of them form a dynamite Defensive Core - unfortunately the two of them will need a Red Fighter to answer their debilitating weakness to Yellows.

Cooler's spot on this Tag is hotly contested by SP Full Power Boujack PUR, Cooler works well on this Team thanks to his unique combat offerings.

He only begins to Buff this Tag with his Z-Ability at 6 stars, but he can be used in the Team regardless to add yet another Fighter with exceptional Crisis Abilities, alongside SP SSJ Youth Gohan YEL. Though the two of them possess contrasting Colors, they work well as oppressive partners for each other.

The Supportive power of SP Hero Tapion RED benefits Cooler greatly by checking problem Yellows and letting him go to town as an Offensive Pivot much easier.

Other Fighters like SP Broly: Cheelai BLU and EX Zangya BLU can sleep easy knowing that one of the game's strongest Purple Fighters, Cooler, is checking their Green nemeses.

Both Lineage of Evil and Sagas From The Movies are relatively Strike-based at the moment, so giving him an Equip choice with sky-high Defense and Strike Attack is the way to go.

On Lineage of Evil compositions, it's hard to beat this Dual Offensive Equip that comes packaged with Ki Recovery for Combo extension.

Sensational Equip for him regardless of whether Strike Attack or Strike Defense is rolled in the last slot. If the Team built around Cooler is more Offensive, the former is optimal, but if not, the latter can function just as well.

His slow, Defensive, attrition based style was horrible to deal with in his prime, but Lineage of Evil fell off for quite a while. That kind of style is also susceptible to aging quickly with power creep. At this point, the Player might as well use SP 1F Frieza PUR for quicker, much more Offensive opportunities right out of the gate. Frieza’s strike cover stopping units dead in their tracks and stopping the Combo completely can come in handy much more nowadays.